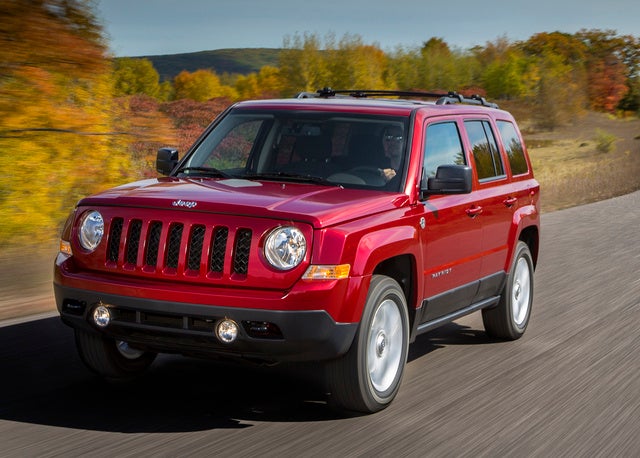 Average user score
4.7 ⁄ 5 stars
Based on 11 reviews
Review by GuruMG6RM — had everything I needed deal was so good I drove 3.5 hours to buy it Read more
Review by GuruXQC2P — I bought it love it. Drive great and nice interiors Read more
Review by Girlsridemotorcyclestoo — I am happy about my purchase, I do wish I was able to afford the 4 wheel drive Jeep. The comfort features are awesome! Read more 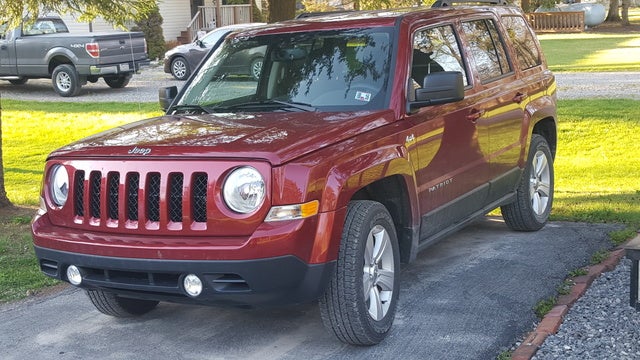 The value-filled Patriot isn't done yet, despite ongoing rumors over the past 2 years that Jeep would drop it from the lineup. For 2016, this 5-seat, 5-door compact crossover gets a new trim and even a couple of new standard features for the lower trims. But the Patriot, despite its off-road prowess (when properly equipped), still struggles to match competitors such as the Ford Escape, Mazda’s CX5, and Toyota’s RAV4. Yet the 2016 Patriot remains one of the more affordable crossovers--and it's not as if everyone needs an overwrought – and overpriced – full-size sport ute for daily commutes and family chores.

The new Patriot trim, called the High Altitude Edition, replaces the Limited ahead of the midlevel Latitude and the base Sport. The altered Patriot lineup brings some changes to the available powertrains, but all 2016 Patriots return with standard front-wheel drive (FWD) and optional 4-wheel drive (4WD). Cargo space is expected to remain a roomy 63.4 cubic feet with the rear seatbacks folded, and the Latitude and High Altitude Edition both sport a standard fold-flat front passenger seat that can give a few extra cubic feet of space.

A 2.0-liter inline 4-cylinder (I4) powerplant is now standard across the FWD Patriot lineup, paired with either a standard 5-speed manual transmission or an optional 6-speed shiftable automatic for 158 hp and 141 lb-ft of torque. The High Altitude Edition also has an optional continuously variable transmission (CVT) that produces the same power figures as the others. Look for 23 mpg city/30 highway/23 combined with the stick shift and CVT transmissions, while trims toting the 6-speed automatic return at 22/27/24.

Also available in the 4WD Patriot trims is a 2.4-liter I4 engine paired with either the 5-speed stick shift, the 6-speed shiftable automatic, or, when equipped with the available Freedom Drive II package, the CVT. Look for 172 hp and 165 lb-ft of torque from this up-powered I4 in combination with any of the transmissions. Mileage is expected at 23/28/25 in FWD versions with the manual transmission, 21/28/23 in FWD variants toting the automatic transmission, 21/27/23 in regular 4WD editions, and an unimpressive 20/23/21 in trims with Freedom Drive II.

Current Patriot owners complain of a few build-quality issues and a needlessly harsh ride. But they laud the off road capabilities of the Freedom Drive II package, and a nearly unbeatable MSRP.

Users ranked 2016 Jeep Patriot against other cars which they drove/owned. Each ranking was based on 9 categories. Here is the summary of top rankings.

Have you driven a 2016 Jeep Patriot?
Rank This Car

my abs/slick road light came on yesterday while on a long road trip. passing another car on a narrow road my passenger front tire fell off the road, it caused no damage to the tire or the front of t...

Why Does Abs Light Stay On

Have a 2016 Jeep Patriot less than 36K . New throttle sensor $900 then 2 weeks later while driving the ABS and slippery light just popped on at same time. What is it? Don’t have $ to keep having ...

My patriot ac was working not an issue then today I was leaving and nothing. No air. No outside vent air nothing. What could it be?

Should Drum Brakes Wear Out Sooner On FWD?

I recently had my brakes inspected on my Jeep Patriot 2016 FWD. I was told the brake pads on the front disc brakes are good but that the drum brakes in the rear were only at 30 percent. I’m wonderi...