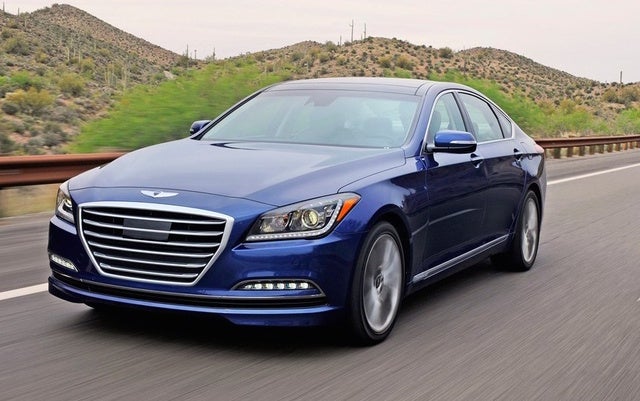 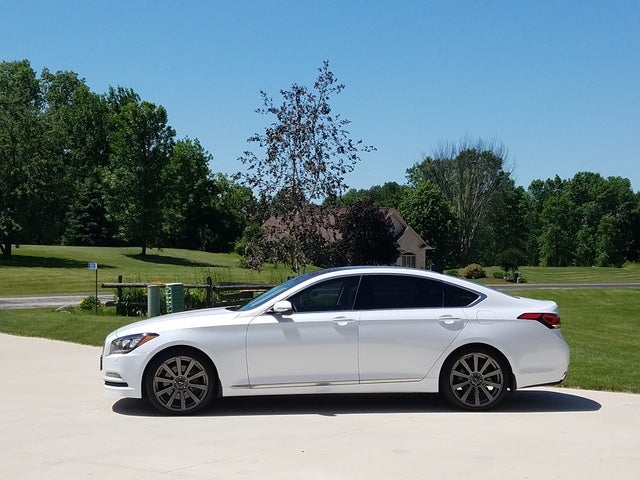 The definition of luxury has changed throughout the years. It was once meant to refer to unquestionable opulence and excess. But now that we live in a world where even the biggest banks and automakers have needed bailouts, luxury has become partly about practicality and getting the most out of each dollar. Thus cars like the Hyundai Genesis excel--when you no longer need the traditional hood ornament to justify your purchase, but rather a vehicle rife with features and style that will not break the bank.

Before 2008, the words “luxury” and “Hyundai” would not be found in a sentence together. But amidst economic downturn, the Korean automaker doubled down on its first ever rear-wheel drive (RWD) premium sedan. The Genesis' first generation was modest in its styling, but big on features and the number of toys you could get for the money spent. Then, in 2015, Hyundai changed the game with a completely redesigned Genesis that brought dramatic styling, a beamy interior, and some of the most advanced features on the market.

The Genesis' defining feature is its large front grille. It might be a little jarring when you first see it, but then the more you see the grille on the road or at dealers, the more it grows on you. That big grille is flanked by flared headlights fitted with LED running lights, featuring adaptive lighting that angles both the regular and high beams when you turn the steering wheel.

The Genesis has less of a sedan profile and looks more like a massive 4-door coupe, similar to the Audi A7. The curving roof finishes with a large rear window and a short rear deck-lid. Combined with its long hood, the Genesis' profile has the essence of motion even when the vehicle remains in park.

Underneath that long hood is a choice of one of two engines. The base engine is a 3.8-liter V6 with 311 hp and 293 lb-ft of torque. Power is sent through an 8-speed automatic transmission to the rear wheels or to all 4 wheels through available all-wheel drive (AWD). If you want more power, Hyundai offers a 5.0-liter V8 that makes 420 hp and 383 lb-ft of torque mated to the same 8-speed automatic, with RWD only.

When it comes to traditional players in the luxury game, you are generally treated to either a very cold and mechanical interior (BMW) or something that looks lavish but is very unintuitive (Mercedes-Benz). The Genesis looks the part of a true luxury player, but is also far easier to use and live with than the luxury old-guard. What really sets the Genesis apart is its massive center-mounted touchscreen. Other luxury automakers force you to use a proprietary controller that always requires a learning curve; for some drivers, these systems are helpful, but most drivers seem to prefer the simplicity of a straightforward touchscreen system. The Hyundai Genesis actually offers both control systems, giving drivers a welcome preference in infotainment management.

The Genesis also features a hands-free smart trunk with auto-opening action--some automated trunks require you to wave your feet underneath the rear bumper, but with the Genesis, if your hands are full, simply stand within three feet of the rear of the car with the key in your pocket and the trunk will automatically open.

There are also ways to maximize ownership of this car with the Genesis Intelligent app. Once you pair Hyundai’s BlueLink system to your phone and download the app, this system will provide vehicle data to your phone, allow you to start the vehicle remotely, and even suggest remote starts on very warm or cold days so that you can enter the Genesis with the cabin at just the right temperature.

When it comes to luxury sedans, you can drop a ton of money for a badge or hood ornament, and end up with an expensive car that is, in truth, short on features. But the Hyundai Genesis delivers many of the features that tend to cost far more on a traditional luxury sedan, and is indeed establishing a brand cachet of luxury and superior quality all its own.

What's your take on the 2016 Hyundai Genesis?

GuruZNF64 Fine car to drive and I enjoy the bells when entering the car J.Best

Users ranked 2016 Hyundai Genesis against other cars which they drove/owned. Each ranking was based on 9 categories. Here is the summary of top rankings.

Have you driven a 2016 Hyundai Genesis?
Rank This Car

I have a 2016 and I cannot get the clock to reset to correct time. I can’t get the date /time function to engage

Passenger Side Seat Controls Not Working

Working on repairs to car, had to replace passenger seat with new motors. I have replaced the motors + switch assembly. Only the height adjustment motor is working, the other two motors for tilt and...

Rear electric window not going up or down