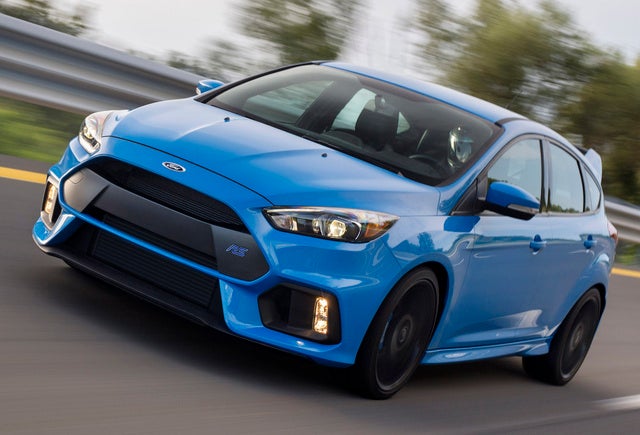 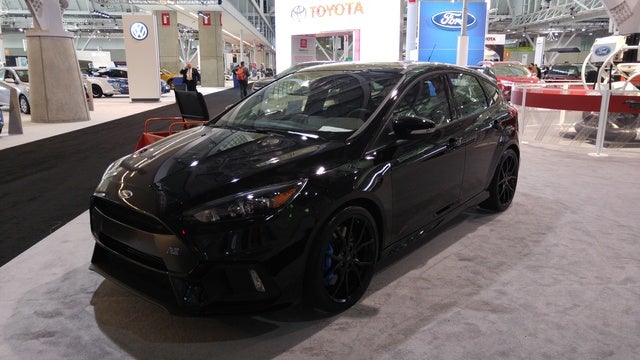 Ford’s legendary TeamRS has a storied history. Born to Ford’s European branch, the Rallye Sport cars began in the late 1960s and have included the likes of the Escort RS2000, the Sierra RS Cosworth, and the incomparable Group B rally rocket RS200. With few exceptions, however, the RS badge has always been confined to the European market; the best competitors America received wore the SVT badge and often fell short of their world-beating counterparts across the Atlantic. The third-generation 2016 Ford Focus RS, then, is a monumental car for driving enthusiasts, and alongside the Mustang, helps represent Ford Motor Company’s shift to a more global-market approach.

Compared with a run-of-the-mill Focus, the RS is a completely different animal. While a Focus S, SE, or Titanium is available with either a 5-speed manual or 6-speed automatic transmission, the RS follows the lead of its slightly less potent counterpart, the Focus ST, with a 6-speed manual offered as the only option. Further, the RS makes no attempt to hide its intentions with standard Recaro seats emblazoned with a blue RS logo.

The engine in the Ford Focus RS is a modified version of the 2.3-liter EcoBoost 4-cylinder engine found in the Mustang. In the hot hatchback, it makes 350 horsepower and 350 pound-feet of torque, as opposed to 310 hp and 320 lb-ft of torque in the EcoBoost Mustang. All this power is delivered to the pavement via a performance-oriented all-wheel-drive (AWD) system. This is the first time AWD has been available in a Focus, and with a torque-vectoring differential, the powertrain is capable of sending 100 percent of the available torque to the rear axle. You can also select one of four driving modes: Normal, Sport, Track, or the industry’s first Drift mode.

Hot hatchbacks have always been admired for their blend of performance and practicality. The RS is no different, with basic usability features like 60/40 split-folding rear seats and rear coat hooks. Additionally, a standard 10-speaker Sony audio system is equipped with Ford’s Sync 3 software, HD Radio, and SiriusXM radio.

Available only as a hatchback with a spoiler and front splitter, the Focus RS comes in four colors: Shadow Black, Frozen White, Stealth Gray, and – for $695 more – the impossible-to-miss Nitrous Blue. If you’re the type who likes to match his tie and pocket square, you’ll have to fork over the extra cash for the Nitrous Blue paint job; the brake calipers (visible behind 19-inch wheels) are painted to match.

The U.S. market has had precious few hot hatchbacks recently. With the discontinuation of the Mitsubishi Lancer Evolution and Subaru opting to forgo the hatchback body style on its WRX STI, only Volkswagen’s Golf R remained for enthusiasts looking for a fast AWD hatchback. Appropriately, the Focus RS will start at $35,730 – right in line with the WRX STI sedan and Golf R. Stateside enthusiasts have looked longingly toward Ford’s European TeamRS division since the '70s. In the spring of 2016, they'll finally get a chance to buy their own piece with the Ford Focus RS.

Have you driven a 2016 Ford Focus RS?
Rank This Car