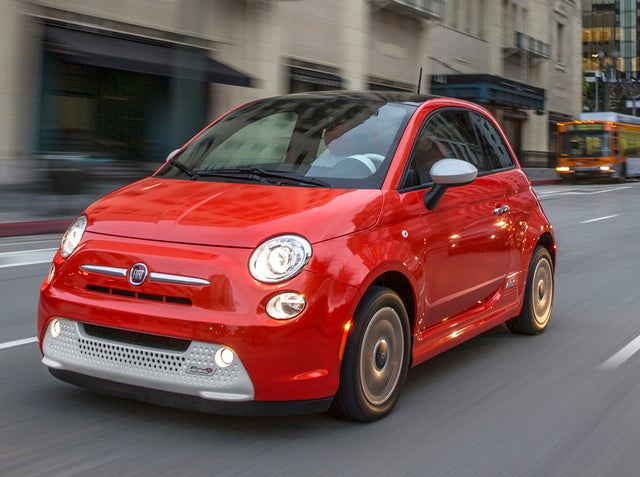 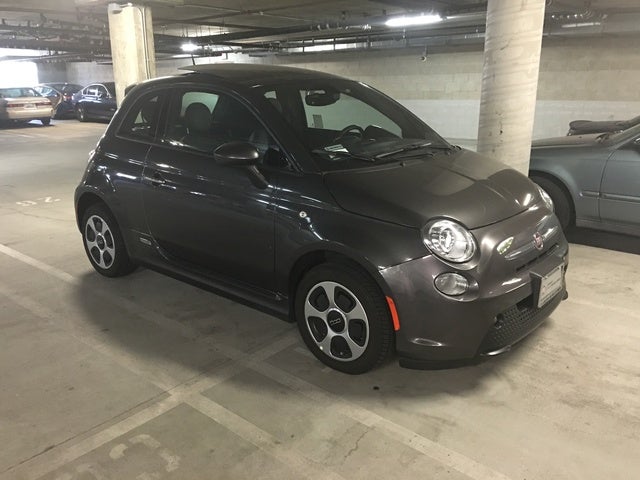 The small yet classy Fiat 500e electric vehicle (EV) rolls into its fourth year of production with only minor updates. Still somewhat elusive in the United States, given that it's only available in California and Oregon, the 500e subcompact hatchback draws its Italian styling and many of its components from the base Fiat 500. But it adds a number of unique features to support its electric powerplant, operate more efficiently, and ensure a stable and quiet ride. The 500e has a cruising range of 87 miles on a single charge and accelerates faster than all of its 500 stablemates except for the performance-oriented Abarth, while also delivering the equivalent of 116 mpg in combined city/highway driving.

Otherwise, the 500e remains unchanged. It still displays its distinctive Italian exterior look, highlighted by a short hood, a cabin that sits back on the chassis, minimal overhangs, and a general A shape, much like the other vehicles in the 500 lineup. However, the 500e does get a few subtle exterior changes that differentiate it from its gas-powered siblings.

For instance, the 500e received a little extra sculpting in the wind tunnel, resulting in a 13 percent improvement in its coefficient of drag when compared to the base 500 (0.311 coefficient of drag vs. the base's 0.359). Fiat says it achieved that improvement by making eight exterior enhancements to the 500e's design, enabling the EV to move more easily through air flow. As a result of its lower drag, the 500e achieves an additional 5 miles of range on the highway on a single charge, compared to its range without the design improvements.

Fog lights, lower-body side cladding, and an ECO spoiler all help dress up the 500e's exterior, providing a unique look. The automaker also offers the EV with an upgraded eSport package, which adds such exterior features as black fascia inserts in the front and rear, black headlight bezels, 15-inch black wheels with orange accents, orange mirror caps, and eSport side graphics.

Under its hood, the 500e continues to get power from its original electric powertrain, which consists of an electric-drive motor, a lithium-ion battery pack, a single-speed gearbox transmission with a push-button shifter, and an inverter module to manage the power flow. The 83-kilowatt electric motor generates 111 hp and 147 lb-ft of torque, which compares to the base 500's output of 101 hp and 98 lb-ft of torque and the high-performance Abarth's 160 hp and 170 lb-ft of torque. Top speed checks in at 88 mph. The 500e remains a zero-emissions vehicle, thanks to its electric powerplant.

With its pumped-up torque and horsepower, the 500e delivers quick acceleration, especially when zipping around town. Reviewers rave about the 500e's torque and peppy performance, but also note that a heavy foot quickly depletes the battery's charge. On the plus side, regenerative braking can replace some of that depleted power, and can push the 500e's range to more than 100 miles on a single charge. Fiat terms its regenerative braking system "blended braking," and has strived to eliminate the feeling of drag commonly associated with regenerative braking systems. The 500e's brakes are tuned to feel more like those in a gas-powered vehicle and the system regenerates power when braking at speeds as low as 8 mph.

The 4-passenger cabin can be a tight fit for larger occupants, especially in the back seat, and gets mixed reviews for its build quality and seat comfort. The center stack and front seats sit high, so the driver has a good view out the front, but visibility out the back can be limited. Cargo space, severely tight in the base 500 at just 9.5 cubic feet, drops even more in the 500e, to 7 cubic feet, due in part to the battery compartment. However, the rear seats split 50/50 and fold down, so owners can expand cargo space when needed.

The front-wheel-drive 500e rides on a unique chassis and upgraded heavy duty suspension designed to improve handling and performance. It features twin-tube MacPherson struts in the front and twin-tube shocks in the rear. Lightweight 15-inch aluminum wheels come equipped with low-resistant tires that help to improve the vehicle's range. In addition, a unique lower-body structure, which houses the battery for the electric powerplant, helps improve overall weight distribution to 57/43 front-to-rear. It also improves the 500e's stiffness by 10 percent, for a tighter feel and better handling when compared to the base 500. Standard safety features include 7 airbags, electronic stability control, traction control, and antilock brakes with brake assist.

Overall, the 500e delivers a unique, fun, and highly capable driving experience, with quick acceleration, tight handling, and a stable ride. However, some reviewers say the cabin is the 500e's weakest feature, which affects its value, especially when compared to other EVs like the Nissan Leaf, the Chevy Spark, the Honda Fit EV, and the Volkswagen e-Golf.

Users ranked 2016 FIAT 500e against other cars which they drove/owned. Each ranking was based on 9 categories. Here is the summary of top rankings.