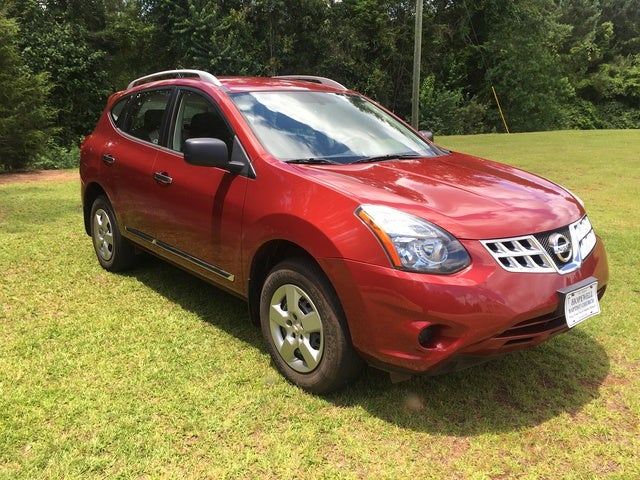 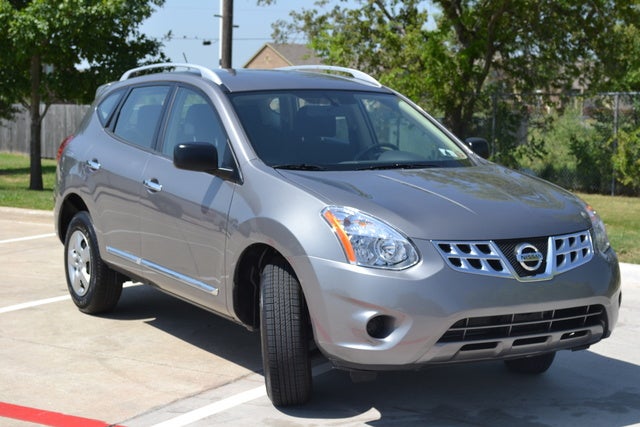 Tell folks you just bought a new Nissan Rogue and they’ll likely be impressed. Tell them you got the 2015 Rogue Select, and they’ll abruptly return their attention to their smartphone. The 5-passenger Rogue Select compact crossover is, after all, merely a last-gen holdover offered as a less-expensive alternative to the redesigned Rogue proper. Toting fewer frills, unimpressive fuel economy, less cabin space, and fewer cargo cubes, the 2015 Rogue Select gains its marketability from a significantly lower MSRP than its upgraded Rogue sibling, which is reviewed separately. The Rogue Select thereby remains a value-laden and decently practical mini-ute that’ll doubtless appeal to first-time buyers or to a busy family needing an inexpensive and utilitarian second car.

Unchanged from 2014, this year’s Rogue Select is available in a single Base trim, with front-wheel drive (FWD) delivered standard and full-time all-wheel drive (AWD) again offered as an option. Cargo area is stuck at 57.9 cubic feet with the rear seats folded (as opposed to the regular Rogue’s 70 cubes), while the third row of seating available to a couple of the 2015 Rogue trims is not offered in the Select version.

This no-nonsense Nissan crossover packs the same 170-hp 2.5-liter inline 4-cylinder powerplant and continuously variable transmission (CVT) to manage its 175 lb-ft of torque as does its updated kinsman, but this lesser version lacks the fuel-efficiency tweaks of the next-gen un-Select Rogue. Mileage estimates, therefore, remain an old-school 23 mpg city/28 highway in the standard FWD version of the Rogue Select, while the AWD variant returns at an estimated 22/27.

Entertainment, meantime, remains limited to the standard single-CD/MP3 player with 4 speakers and an auxiliary audio input.

Should at least a modicum of modern-Rogue upgrades be desired, the available Convenience Package, sporting Bluetooth hands-free calling, a rear-view camera, satellite radio, 6-speaker audio, roof rails, a rear spoiler, and a 4.3-inch infotainment display, can be added for some extra cash. Additionally, several of the above items can be added as standalone garnish, along with available front fog/driving lights.

What's your take on the 2015 Nissan Rogue Select?

Users ranked 2015 Nissan Rogue Select against other cars which they drove/owned. Each ranking was based on 9 categories. Here is the summary of top rankings.

Have you driven a 2015 Nissan Rogue Select?
Rank This Car

Why Did The Information On My Car Change?

Yesterday I posted my car on CarGurus and it was listed as "GREAT DEAL." Today it changed to "GOOD DEAL." What's going on? I purposely priced it so it would be in your "GREAT DEAL" category. Thanks.

Why Did The Category Of My Car's Pricing Change?

Yesterday I posted my car on CarGurus and it was listed as "GREAT DEAL." Today it changed to "GOOD DEAL." What's going on? I purposely priced it so it would be in your "GREAT DEAL" category. Thanks.

How Much Would It Cost To Deliver A Car From Cincinnati Ohio To Lincoln Ne?...

cost to deliver a car from Cincinnati Ohio to Lincoln Nebraska

We have a 2015 Nissan Rogue AWD. We were on our way to Las Vegas and 3/4 of the way there, it bucked a little then a whining sound started. The RPMs were jumping but once we got to a steady speed ...