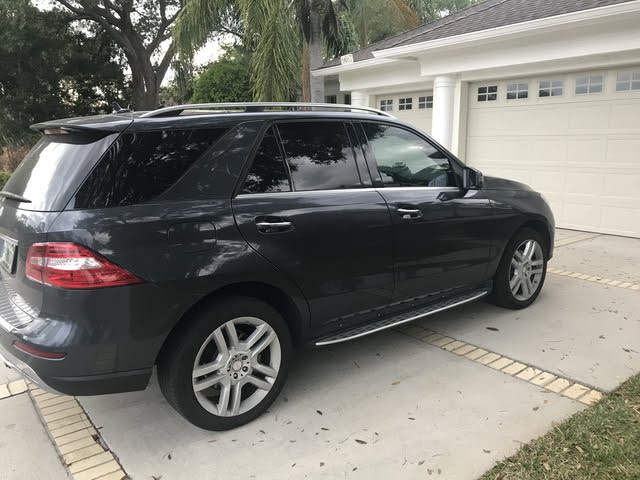 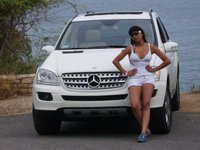 Average user score
4.8 ⁄ 5 stars
Based on 12 reviews
Review by Guru7V5J3 — Great car. Period. So solid, great in the snow. Well appointed with all the bells and whistles of course. And it is so quiet. Well worth the price, as it will outlast all those less expensive an... Read more
Awesome Drive by Iamsunil — Like the easy handling of the car, luxury features, awesome feeling. Smooth drive with all luxurious features makes you feel great. Wish it could have been little inexpensive comparing to the prices b... Read more
Review by Guru39FRD — I have an ML 500 for 14 years. It has been a great car and is still running great with 280,000.00 miles. Read more 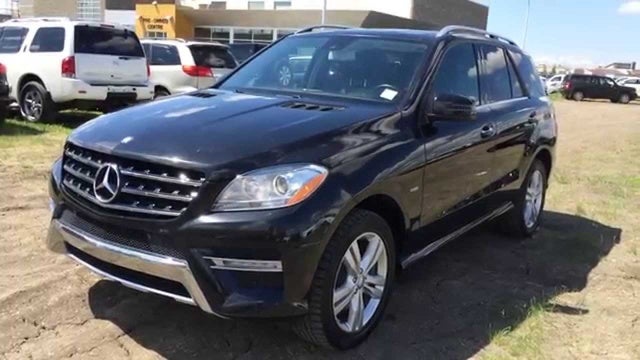 Got a middling size family and need a luxury ride with some trailblazing capability? Take a look at the 2015 Mercedes-Benz M-Class midsize 5-passenger crossover. This high-end mini- ute flaunts the cachet and the comfort that the German automaker has made famous, as well as a plethora of engine choices, 80.3 cubic feet of toting space (with the rear seatbacks folded) and all the bells and whistles that the well-heeled commuter, mall-hopper or back-woods-vacationer could need.

Featuring a revamped trim lineup for 2015, the M-Class returns the base ML350 while replacing the old ML350 BlueTEC with a new ML250 BlueTEC and the now-historic ML550 with the new ML400. The flagship ML63 AMG, offspring of M-B’s racing division, again sits at the top of the M-Class lineup for the upcoming model year. Meanwhile, all iterations except the ML350 come with standard all-wheel drive (AWD), known as 4Matic in Mercedes-land, with even the entry-level ML350 getting the 4Matic configuration as an option.

Along with the reconfigured trim designations come a couple of new engines. The ML250 BlueTEC replaces the old 3.0-liter turbodiesel V6 with a peppier 2.1-liter turbodiesel inline 4-cylinder (I4) powerplant that now puts out over 300 hp, compared to the past version's 240 hp. Meantime, the new-for-2015 ML400 totes a 329-hp twin-turbocharged V6 engine that’s alleged to be more fuel-efficient via improved variable valve timing (VVT) and auto stop/start technology, while still allowing some 7,200 pounds of trailer-towing grunt when properly equipped.

Of course, the ML350 in both the standard rear-wheel drive (RWD) and available AWD configurations sports the direct-injected (DI) 3.5-liter normally aspirated V6 that’s been tweaked for a bit more fuel efficiency and can tow up to 6,600 pounds of trailer.

All engines, by the way, remain mated with a standard 7-speed shiftable automatic transmission, complete with steering-wheel-mounted paddle shifters.

No official word on added exterior bling or upgrades to this crafty and capable crossover’s various conveniences and comfort adornments for the upcoming year leaves one to guess that the traditional alloy wheels, power sunroof and power liftgate all return for 2015, as do the leatherette upholstery in lower trims and genuine leather seating in higher M-Class variants. Cruise control and telescoping tilt-wheel steering will remain standard across the lineup, as do dual-zone climate control (tri-zone for higher trims), a remote garage door opener and Bluetooth hands-free technology.

M-B’s touted COMAND infotainment system with its 7-inch display, meantime, interfaces with basic mbrace directions and roadside assistance features, while each of these techno-goodies returns integrated with the standard 100-watt audio system in the base ML350. Said system is expected to again sport 8 speakers, a 6-CD changer and an SD card slot, not to mention auxiliary audio input.

Moving to the higher trims, look for extras like memory settings for up to 3 drivers, GPS navigation and, in the ML63 AMG, a sport-tuned suspension, sport front seats and a performance steering wheel.

Options-wise, the less expensive 2015 M-Class variations will remain eligible for many of the goodies that come standard on higher-priced trims as optional equipment. Stuff like a trailer hitch and wiring, smartphone-interfaced MB Apps, rear-seat DVD entertainment and nearly limitless upgrades to wheels, exterior trim and interior accent materials remain available to select trims.

What's your take on the 2015 Mercedes-Benz M-Class?

Have you driven a 2015 Mercedes-Benz M-Class?
Rank This Car

Anyone Else Having Problems W/ Horrible Vinegar/mold Smell In Ac Of 2015 ML...

Last week the car started emitting a horrible vinegar smell from the ac when first turned on. Took it to the dealership ( still under warranty ) and they want $330 to flush and clean the mold out of...

How Can We Get A Vehicle Car Report

My digital speed will not register on dashboard