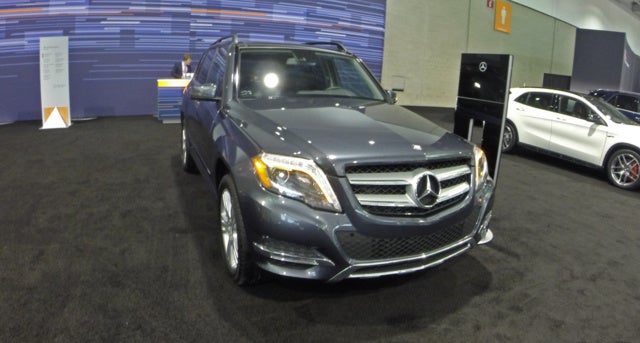 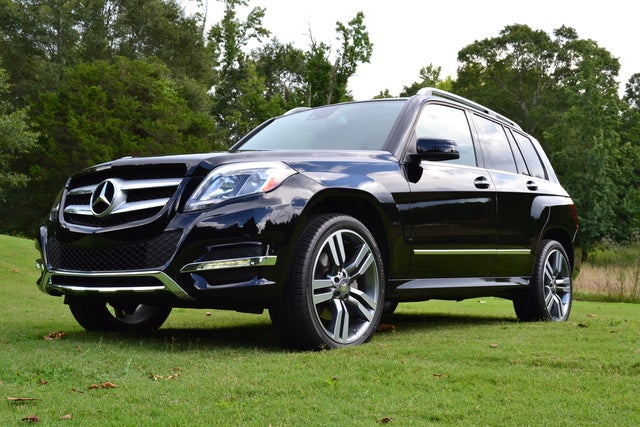 Need a compact luxury crossover for the commute or those trips to the mall? Take a look at the 2015 Mercedes-Benz GLK-Class. Although this pint-size ute currently packs 5 folks in admittedly tight quarters and sports only 54.7 cubic feet of cargo area, all that could change for the 2016 model year, as the folks at M-B want to lengthen and widen the GLK-Class a bit in opening a dedicated niche for its new GLA-Class crossover. In fact, there are hints that the next-gen GLK-Class could be offered in legendarily sporty AMG garb, too. But that’s then, and this is now. For the present, no significant changes accompany this posh people-hauler into the upcoming year, thus you can rest assured that it retains the affordability, the solid build, the luxury touches, the heady powerplants and the sedan-like driving qualities that have made it popular with polo-disdaining small families.

Again this downsized ute is expected to be available in 2 trims, the normally aspirated, rear-wheel-drive (RWD) GLK350 and the twin-tubodiesel-packing GLK250 BlueTEC, which again totes standard all-wheel drive (AWD), thus earning the further 4Matic sobriquet. Said 4Matic distinction is, of course, also slated to remain available to the GLK350 as an option. And as is traditional these days, said full-time AWD configuration adds to maneuverability on dry roads even as it stands by to automatically and instantaneously transfer torque from the wheels that slip to the wheels that grip when things get slippery.

Look for the 2015 GLK250 BlueTEC to return with the pokey but fuel miserly 2.1-liter twin-turbocharged diesel inline 4-cylinder (I4) powerplant mating with the standard 7-speed shiftable automatic transmission for 200 hp and a hefty 369 lb-ft of torque. It isn’t particularly speedy, but this turbo 4 boasts fuel numbers of 24 mpg city/33 highway and a towing capacity, when properly equipped, of 3,500 pounds, which might help alleviate the pain of arriving a few seconds (or minutes) later than, for instance, your GLK350-owning friends.

Said friends have a non-turbo, gasoline-burning 3.5-liter V6 engine under the GLK350’s hood that also combines with the 7-speed shiftable automatic. Expect 302 hp and 273 lb-ft of torque from this gas-burner, with mileage once again estimated at 19/25 in RWD versions and 18/25 in the available AWD-equipped 4Matic iterations. Towing, meantime, is again maxed out at 3,500 pounds with the proper equipment. Oh, and the ubiquitous shiftable 7-speed automatic transmission comes with standard steering-wheel-mounted paddle shifters in all GLK-Class variations.

Entertainment in either 2015 GLK-Class edition is again expected to include a standard 100-watt stereo with a single-CD player, 6 speakers, COMAND interface with 5.8-inch display and, naturally, auxiliary audio input via a number of USB ports.

Note that there are a few items missing that come standard in most rival high-end crossover utes, and there lies the rub. The GLK-Class is touted as an affordable Mercedes in its basic form. But start adding some of the nearly endless options choices, and suddenly you’re talking some serious bread.

Said selections include the Premium 1 Package, the Leather Package, the Lighting and Ambient Lighting packages, the Multimedia Package, the Appearance Package, the Lane Tracking Package and the Sport Package. Depending on the package chosen, look for add-ons like a panoramic sunroof, satellite radio, a power liftgate, satellite radio and an auto-dimming rear-view mirror, as well as leather upholstery, memory for driver's settings and a remote garage door opener. Enhanced lighting, a 7-inch multimedia display, a rear-view camera and GPS navigation are also available in package form, as are available safety features like lane-keeping assistance and blind-spot monitoring.

What's your take on the 2015 Mercedes-Benz GLK-Class?

Bill Owned my 2015 GLK 250 Bluetec now for 20 months and I love the car but wish someone told me about the emissions problems with being a diesel. I had several P2002 codes reflecting problems with the NOx's and AdBlue contamination. Im presently in between service appointments trying to determine if the heater for the AdBlue is not getting hot enough to burn off the soot or if its because I drive more in the city with a short stop and go not getting the chance for regen to occur. Mercededs has held back on some of these concerns.

Users ranked 2015 Mercedes-Benz GLK-Class against other cars which they drove/owned. Each ranking was based on 9 categories. Here is the summary of top rankings.

Have you driven a 2015 Mercedes-Benz GLK-Class?
Rank This Car

Do You Buy Used Cars?

I want to sell myGLK 250 as I am moving to California and cannot import my car.

Hi, have 2015 MB GLK. After car is parked, take fob out but car still thinks it's in - message pops up on dashboard saying to remove fob, radio stays on, and I can't lock. Takes 3-4 minutes before c...

78 views with 1 answer (last answer about a year ago)

How Well Does The Glk Class Handle The Snow

322 views with 1 answer (last answer about a year ago)

2015 GLK 350 Auxiliary Battery Malfunction Light Is On. What Does That Mea...

I I Need My ZIP Code Changed

Asked you before my ZIP Code is wrong and Car gurus, You said go into my settings and change my ZIP Code there it is correct in my phone so something is wrong on your part could you please change...