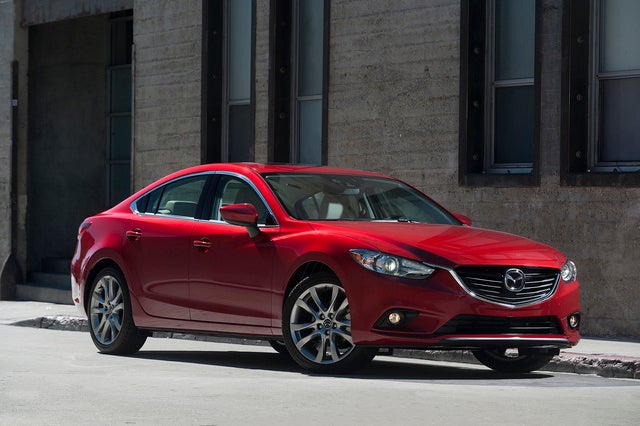 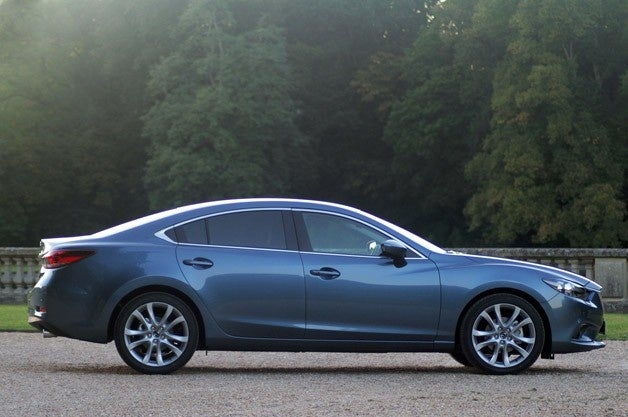 The MAZDA6 has long impressed, and at the same time baffled, reviewers in the automobile world. They rave about the car’s fun factor when it comes to zipping through the countryside and its performance overall and love its sporty and somewhat sassy style for the midsize sedan class. They write about how solid it feels.

What they struggle with is why the MAZDA6, also appreciated by those who drive it, has not caught on more with consumers in what is admittedly a very competitive field crowded with the likes of the Ford Fusion, Honda Accord, Toyota Camry, Volkswagen Passat, Chevrolet Malibu and Nissan Altima.

They fully expect the 2014 MAZDA6, new and even better on several fronts, to push the agenda even further. Yes, Zoom Zoom lives, perhaps even thrives, they figure. Experts love the updated sleek and refined look of the MAZDA6’s exterior: One talked about its “sensuous curves” and “elegant” front grille and labeled it “striking,” all within the course of a few sentences. Another cited its “knockout” good looks.

There’s much to like about the 2014 MAZDA6, of that there is no doubt.

A new 2.5-liter 4-cylinder with the automaker’s SkyActiv technology powers the 2014 MAZDA6. It has direct injection and variable valve control and is good for 184 hp and 185 lb-ft of torque. Mazda plans to add a 2.2-liter diesel engine to the lineup shortly.

The 2014 Mazda MAZDA6 comes in three trims: the base i Sport, i Touring and i Grand Touring. All are front-wheel drive (FWD), and all team up with one of two new transmissions, a 6-speed manual or a 6-speed automatic with paddle shifters. The manual features short, precise throws, and reviewers like the smooth and crisp way the automatic performs as well.

The MAZDA6 may not be a sports car, the experts note, but it does a nice job of imitating one.

Mazda’s SkyActiv approach led to making the engines, transmission, bodies and chassis of the 2014 MAZDA6 lighter and more efficient and sliced more than 200 pounds off the car in the process. All the changes have helped boost estimated fuel mileage to 26 mpg city/38 highway.

One of the reasons the MAZDA6 has had trouble gaining ground on the competition is that its rivals have gone through upgrades in recent years, too. And while reviewers say mostly positive things about the 2014 MAZDA6, they also note that it doesn’t keep up quite as well when it comes to the interior. Its TomTom navigation system in particular takes a hit from some experts. But they do appreciate the comfortable seats and the legroom for backseat passengers.

Clearly, the experts are fans of the 2014 MAZDA6 overall, starting with the base i Sport. The manual i Sport features power windows and locks, air conditioning, cruise control and USB audio input and comfortable cloth upholstery. The automatic transmission version of the i Sport adds Bluetoooth and a rear-view camera system.

The Mazda MAZDA6 consistently rates as one of the safest vehicles on the market and includes a full set of airbags, stability control and 4-wheel disc brakes with brake assist. A lane-departure warning system and a blind-spot monitoring system are among the other safety highlights available.

Mehran Beautiful and sporty looking car. Fog lights and signal lights on the side mirrors are a must on the sport and Touring considering the price that is being asked.

Mehran Would like to see some better workmanship with the interior. With such a aggressive sporty design look, it is a shame that the 2018's did not come out with an AWD 2.2 or 2.5 turbo accompanied with 7 speed auto transmission. Okay Mazda, your turn! Simply a car enthusiast, and also, your fan.

Users ranked 2014 Mazda MAZDA6 against other cars which they drove/owned. Each ranking was based on 9 categories. Here is the summary of top rankings.

Have you driven a 2014 Mazda MAZDA6?
Rank This Car

My daughter’s car unable to keep running without pushing pedal to floor while in park. A local mechanic said the mass flow control needs to be replaced for $565. Anybody with same model car ever...

8 views with 3 answers (last answer about a month ago)

My daughter’s 2014 Mazda 6 won’t turnover & run without stepping on accelerator. We know battery may need to be replaced. Where is the fuel pump & filter located?

Are the cars designed to last that long without needing major repairs?

36 views with 3 answers (last answer about a year ago)

Can Someone Tell Me What It Is?

Car won’t move while in drive or reverse. But if I gas it enough, it forcibly moves a little. What is it?

Car Radio Not Shutting Off When Car Is In Park!