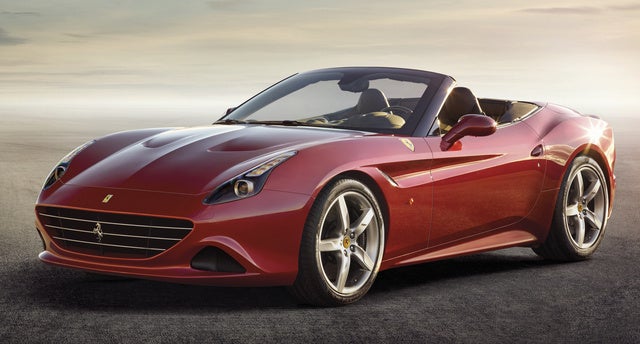 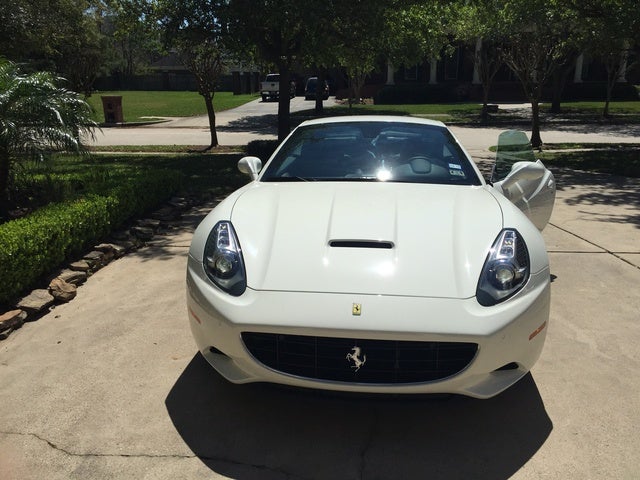 Ferrari's most accommodating ride enters its sixth year unchanged from 2013, but expect big changes for 2015. This could be the last naturally aspirated V8 for a California, if not the last without Ferrari's newest Slide Slip driver assistance and hybrid power technologies. Certainly the 2014 California will be the last designed exclusively, or even largely, by founding Pininfarina engineers.

It may be the same, but that's a fair appeal on its own, especially since the 2014 Ferrari California could be the very last California. Sure, its 2015 successor will undoubtedly be more powerful, rumored to have as much as 530 hp instead of the present V8's 483 hp and 372 lb-ft of torque, but are you game for a truly new kind of Ferrari?

The new model to debut for 2015 hasn't officially been announced by name, but Ferrari isn't exactly hiding details in the burnout streak left by the launch of its renewed lineup. A new 2014 458 Italia Speciale is rumored to use most of this California replacement's body and chassis refinements, and the 2014 Maserati Quattroporte (a land yacht as big as its name) gets first dibs on the new twin-turbo V8 slated for the next-generation California, leaving a year-long straightaway to make refinements before the big debut.

Those electric motor components becoming so common in every other modern Ferrari may not make their way to the California's replacement, and its aluminum frame isn't expected to change much either, but the latest incarnation of this entry-level sport touring car should adopt the Slide Slip technology also debuting in the Speciale. This system won't help you look cool during those slow-rolling, jerky turns typical of a lost tourist, but it will seamlessly control the throttle, brake and roll for impeccable grace at speed. Is it a fun-killer? Some Ferrari drivers would likely say yes.

If that's not enough to deter purists from waiting on the next generation, you should know Pininfarina is no longer Ferrari's go-to design studio. The maker now prefers its own in-house engineers—its own team of untested unknowns replacing legends who will be missed. If the lone 7-speed automated manual transmission didn't run you off in 2013 and a world-class undercarriage gets you revved up, wait for the 2015. If you're looking for something truly precious to automaking, 2014 is the year to buy.

Those engine and body tweaks that made the 2013 model year Ferrari's fastest and lightest California to date can only be more reliably executed for 2014. Rumor has it there might even be an update to the navigation and infotainment systems in anticipation of some 2015 modernization on technology that is usually the maker's weakest point, but this California is otherwise the same lovable 19 -mpg-highway Ferrari you know and love. The next one, however, will mark a new era and may not have quite the same essence as this highly recognizable drop-top.

What's your take on the 2014 Ferrari California?

Have you driven a 2014 Ferrari California?
Rank This Car