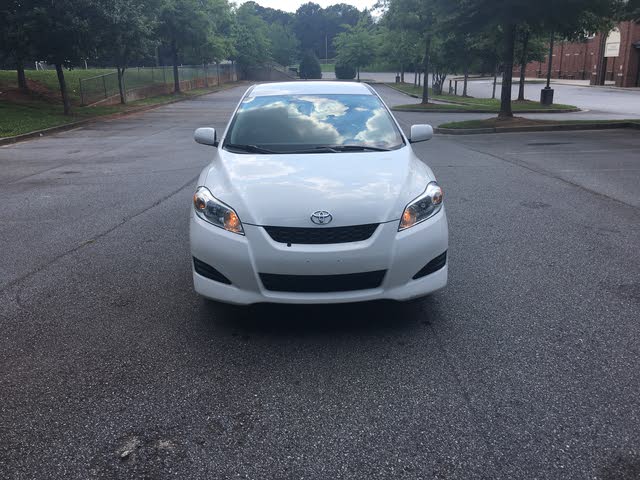 Falling further and further out of date, Toyota's hatchback-wagon crossover that pioneered the bigger-than-it-looks appeal gets standard stereo upgrades for 2013. Redesigned for 2009, the Matrix lost its sport-tuned XRS trim for 2011 without any significant changes since the redesign, aside from the influx of standard features brought on by the XRS discontinuation—and the Matrix's continued slump in sales says quite a bit about driver sentiment toward these non-changes. The fact is the Matrix just doesn't get anyone excited anymore, for better or for worse.

The numbers tell a story of a car past its prime, and driver reviews echo the same. Peaking just before the redesign, figures have fallen consistently year over year with the biggest drop just after the XRS left the building. Drivers say the Matrix is reliable and sturdy, it gets utility jobs done, big people have no problems getting in the rear bench and being comfortable, its style is nice enough and mileage of up to 26 mpg city/32 highway with the base 1.8-liter inline 4-cylinder isn't too shabby either—but the exceptionally few drivers who got uppity enough to leave a review cry out for more driving excitement and certain cabin improvements.

The 2013 additions of a CD stereo featuring satellite, iPod and Bluetooth connectivity in the base L and the 6.1-inch touchscreen added to the top-shelf S are not what those drivers had in mind, but they probably don't hurt. Rather, drivers remind Toyota that they buy the Matrix for its utility, so an interior that visibly stains with a drop of sweat and roof rails set back so far they're difficult to use just don't seem to fit that utility bill. Some drivers are quite pleased with the Matrix's staidly steady steering and 4-cylinder acceleration so paltry it's not worth publishing, but let's just say it was Toyota's unintended consequence to help those drivers feel young again.

Serving up 132 hp and 128 lb-ft of torque from the base 1.8-liter powering the L, the 2.4-liter four-banger does a bit better, rated at 158 hp and 162 lb-ft of torque, which noticeably improves off-the-line performance. Front-wheel drive (FWD) is the norm, with all-wheel drive (AWD) available for both, though it means taking a 4-speed automatic transmission instead of the 5-speed manual and 4- or 5-speed automatic otherwise available with FWD, depending on the model. The best economy comes out of the manual-equipped L for 26/32, an AWD S returning the worst figures of 20/26, with the FWD-automatic configuration being the best at sipping that regular fuel in the S for 21/29.

The Matrix's highlight is definitely a trunk capable of swallowing 19.8 cubic feet of stuff before utilizing the rear and passenger fold-flat seats to open up 61.5 cubes, or 49.4 cubes if you just lower the rear bench. Ride quality is pretty decent with a smooth tendency and little road noise, but taller drivers might find themselves a bit cramped in the cockpit. Otherwise the Matrix is a pretty solid car for most anyone's needs, albeit somewhat less exciting and/or fuel efficient than some of its more updated rivals.

Guru777QG i have the car with you but my 2010 ,i have a accident and i want to change with your toyota matrix 2013,i want to know how much do i pay you

Have you driven a 2013 Toyota Matrix?
Rank This Car

Where Can I Find A White Tinted Windows 2014 Toyota Matrix In North Carolin...