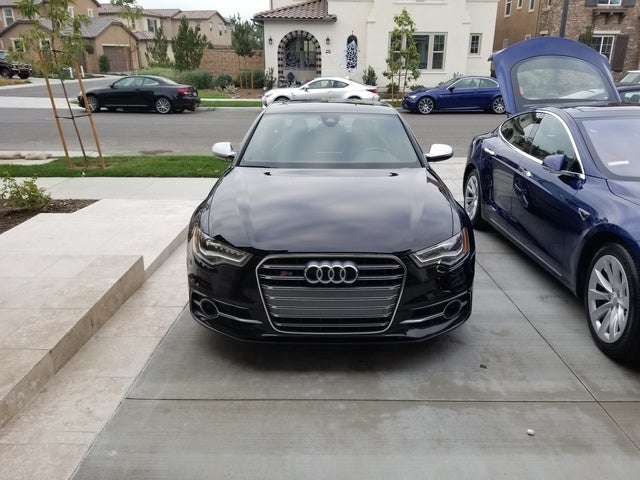 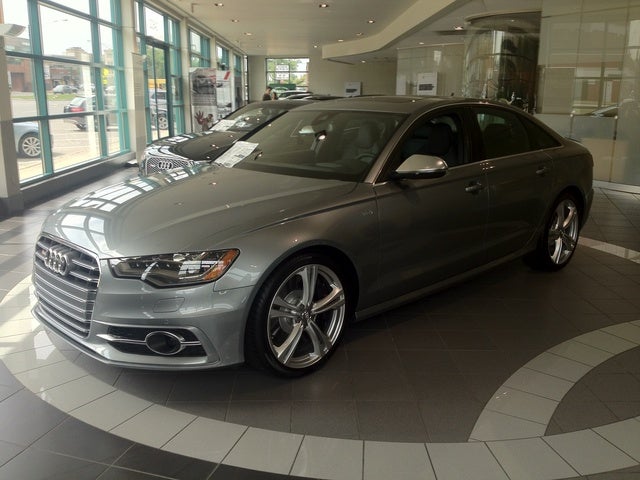 The Bentley connection is more appropriate for a car like the S6, which blends better with a dash of gentleman’s elegance than the swarthy Italian influence of the Lambo mill, but the mere thought of dropping cylinders is sure to cause some consternation. The fact that the V8 offers 420 horses as compared with the V10’s 435 doesn’t help, but some extra grunt in the form of 406 lb-ft of torque does show up at just 1,400 rpm as opposed to having to wait around until 3,000 rpm for the V10’s 398 to arrive.

So the power is there, and Audi claims a 25% increase in efficiency with the 4.0, besting 24 mpg. This is achieved with a combination of start-stop and cylinder deactivation technology, the latter of which prompted the inclusion of an Active Noise Cancellation system. Audi is ready with an avalanche of flowery language to explain the system, but essentially it pumps sound into the cabin that’s supposed to cancel out the ugly noises that result from suddenly unloading half the cylinders in a V8. But that wasn’t enough to keep things sounding pleasant, so the 4.0 has trick features like active-electronic engine bearings that throw pulses to counteract vibrations, flaps and shrouds and sound actuators in the exhaust and engine, and a 2-mass flywheel with a centrifugal force pendulum, whatever the hell that is. It’s attached to the 7-speed S tronic transmission, though, and that’s definitely a good thing.

Technological terrors aside, Audi says the 4.0 will push the S6 to 60 mph in 4.8 seconds, more than a second faster than the V10-powered S6’s published time. That should quell a lot of complaints.

But a new engine isn’t all the S6 got, and despite the smaller engine and a new chassis utilizing 20% aluminum construction, the years have added some pounds for a new curb-weight showing of 4,178. A better weight distribution thanks to the engine fitting further back and standard active air suspension and Audi Drive Select negate the pound penalty nicely however, especially when coupled with the sport differential.

The full list of electronics and driver aids includes adaptive cruise control, pre-collision warning, lane departure warning and night vision, but you can add nearly any ridiculous feature you want—everything from carbon-ceramic brakes and adaptive LED headlights to massaging seats and a WiFi router so you never have to worry about losing the connection for your MMI touchpad nav system with 8-inch screen and hard drive. Phew!

With these changes the S6 seems to be targeting some new rivals that might have previously scoffed at the little German saloon. Sporting a Bentley engine will have that effect, and with the price continuing to rise with the S6, perhaps loftier goals were necessary for justification purposes. Whether the new price is justified is yet to be seen.

LOBKLR66 I love Audi and the S6 is another sleek bob sled from Germany. Smooth and Fast with all the Elegance.

Users ranked 2013 Audi S6 against other cars which they drove/owned. Each ranking was based on 9 categories. Here is the summary of top rankings.