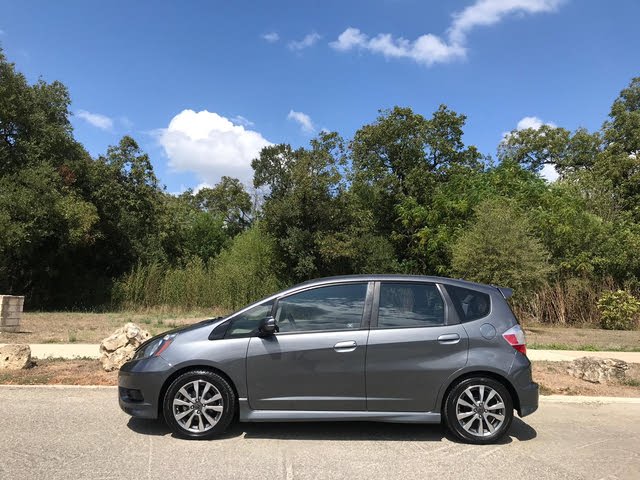 You can’t get more interior space than the 2012 Honda Fit offers without moving out of the subcompact class.

The 2012 Honda Fit needs more power and better efficiency to continue to compete in the subcompact class.

Despite the complaints, the 2012 Honda Fit may still be the best subcompact on the market. To solidify that standing, it’ll need a new engine with more power and greater efficiency. Otherwise, competitors that drive better and aren’t as thirsty will soar right past the Fit—roof rack optional.

It was the best subcompact you could put your hands on 5 years ago, but 5 years is a long time. While everyone is still impressed by the Fit’s “Magic Seat” and uncharacteristically large interior storage space, they’re also just as polarized over its looks and even less impressed by its moderate performance at the pump.

Honda did manage to tack on some extra features in the last couple of years, including a generous portion of sound insulation to combat that other ubiquitous complaint following the Fit—excessive road noise. But no amount of fiberglass, Bluetooth, steering-wheel radio controls or aesthetic massaging will help at the pump.

The Base trim gets body-colored mirrors replacing the black units from previous years, as well as some new wheel covers, while the Sport gets new 16-inch wheels, blacked headlight surrounds and a redesigned front grille and fascia.

With a 115-hp, 1.5-liter inline 4-cylinder engine, there’s no excuse for the Fit's relatively unimpressive fuel economy. Even the Base trim equipped with the automatic and programmed for an economical throttle response manages only 28 mpg city/35 highway. For those unwilling to sacrifice any of the Fit’s already meager performance, 27/33 mpg is more realistic.

No one would call the Fit thirsty, but in a class where 40+ mpg is becoming common, such figures are a larger embarrassment every year. If the Fit offered some sprightly performance as a zippy little city car, it would be more understandable, but you’ll find even 10 seconds a difficult ceiling to reach when aiming for 60 mph. The 5-speed manual does a lot to increase the fun factor, but nothing will stop the Fit from being a dog under load or when climbing hills. The additional sound insulation means your ears are no longer assaulted as you move through the gears and up the tach, but it won’t make the car any faster.

There are two very different vehicles here: Base and Sport. The quicker steering ratio, stiffer suspension and 16-inch alloys of the Sport give it a wholly different ride than the Base with its 15-inch steel wheels and wallowy suspension. It comes at a price, however, as the Sport has a jarring ride on ragged city streets.

Still, the Fit is a fun, flickable car to drive thanks to its low weight and short wheelbase. And with the addition of extra sound insulation, there’s less to annoy as you navigate.

Cargo room is the big advantage with the Fit, far surpassing its competition with its fold-flat “Magic Seat” offering more than 57 cubic feet (20.6 with seats up). You won’t lack for cup or map storage either, although you might want some more room for body parts.

Comfortable, supportive seats got a cloth upgrade, but still suffer from too little legroom and no height adjustability. Only the compact can drive the compact, it seems. Rear seats surprise again, though, with room for actual-size adults.

Additional sound isolation must be mentioned again here, as it increases ride enjoyment so much. Otherwise things are pretty standard for the subcompact class, with easy-to-reach controls and an expected level of materials.

Those who pay attention to detail will notice some small changes on the inside, with new cupholders and console ambient lighting for all trims. Sport trims additionally get the aforementioned upgraded cloth upholstery, standard radio controls on the steering wheel and a chrome and dark metallic accent package.

Buyers who opt for navigation will see that system upgraded with Bluetooth and 16GB of flash memory as opposed to a DVD drive.

National Highway Traffic Safety Administration (NHTSA) results show 5 stars for the 2012 Honda Fit in all categories except rollover resistance and passenger impacts, which both earned 4 stars, and the Fit is an Insurance Institute for Highway Safety (IIHS) Top Safety Pick. The Fit comes standard with dual front and front-side airbags, as well as curtain-side airbags, antilock brakes, daytime running lights, traction control and an anti-skid system.

Impressive with its space yet frustrating because of its lack of power, the Fit is one of the most divisive vehicles amongst owners. Its “Magic Seats” may indeed be magic, as owners continue to marvel at just how much they can stuff into their Fits, but the price at the pump is getting increasingly harder to swallow as competitors continue to hug the 40-mpg goal. Still, the additional sound insulation added this year has done a lot to improve owner satisfaction.

Users ranked 2012 Honda Fit against other cars which they drove/owned. Each ranking was based on 9 categories. Here is the summary of top rankings.

Have you driven a 2012 Honda Fit?
Rank This Car

I have a 2012 Honda Sport Fit. It does not have seat height adjustment. I was told the new ones do. Could you please confirm that, and, if you have any comments on seat comfort of the new Fits, I woul...

145 views with 1 answer (last answer about a year ago)

Has anyone coated their honda fit wtih an oil spray undercoating? Im using fluid film and I need to know if this stuff is going to harm the car's paint or rubber undercoating that is on the rockers...

Got Oil Changed, Now A/C Will Only Blow On The Highest Setting. Any Correla...

I got my oil changed yesterday and they took out my air filter to ask if I wanted it replaced, I declined. They also had me test my A/C as part of the inspection and it seemed fine, as usuall. On ...

I'm In Trysting In Buying A Honda Fit

I am going to flat tow my 2012 Fit and the owners manual says to remove the 30amp radio fuse to prevent the battery from discharging while towing. Can I disconnect the battery instead of removing th...