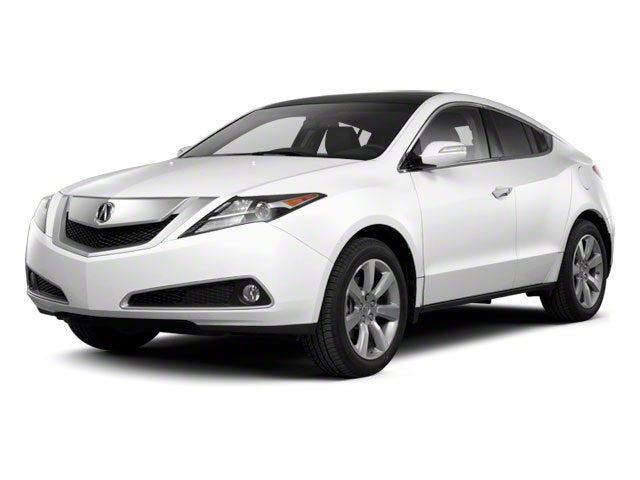 The Acura ZDX now enters its third year in almost exactly the same form as its first, with just a few new paint colors on the list for 2012. Although it is quite sexy with all those sleek lines and tight little rear end, the ZDX only appeals to a rather particular subset of drivers who have no need for silly things like hauling more than 1,500 pounds, adult backseat comfort, rip-roaring performance or any real sense of practicality.

Love it or hate it - the ZDX is not a crossover SUV for the masses. Instead, the ZDX makes a statement and takes a stand. Acura has broken the "conventional" midsize crossover mold and shaped the RDX in the image of something completely new - an image of nimble, luxurious technology for the unfettered soul.

Based on the larger MDX, the ZDX is not the thoroughbred sports car it looks to be on the outside. Sure the 3.7-liter V6 puts out 300 horses, but the imbalance of being accompanied by 270 lb-ft of torque means get-up-and-go is often a game of hide and seek - especially with a 6-speed paddle-shifting automatic that doesn't like to downshift quickly to get those higher revs. That said, the "Super Handling" SH-AWD adds a great deal of zip to the ZDX's step, distributing power to the outside wheels on curves for a poised and speedy exit. Unfortunately, all that comes at the cost of high-test fuel only going so far as 16 mpg city/23 highway.

Inside the cabin is almost another story altogether. Although its storage capacity is somewhat compromised - maxing out at 56 cubic feet with the seats folded down and 26 cubes otherwise - absolutely everything else is awe-inspiring. From the blissful silence and liberal use of leather to the legion of buttons and gizmos, the ZDX affords a level of luxury most only dream of experiencing for themselves - but for less than $50,000.

However, future drivers should note that despite its smaller size, the ZDX does not perform any better than the MDX - and paying a lot more for the suspension dampers does little to make it into a similar performance machine. Otherwise any ZDX on the lot is exactly as advertised - at the very least.

Ross Bought for style and reliability. If you want more seating,cargo or hauling capability then look elsewhere. I didn't buy it for any of those reasons I have no kids or huge cargo needs. Great looking car.

Users ranked 2012 Acura ZDX against other cars which they drove/owned. Each ranking was based on 9 categories. Here is the summary of top rankings.

Have you driven a 2012 Acura ZDX?
Rank This Car

How Do I Remove My Vehicle From This Listing.

We are no longer selling our Acura and want to take down our listing.