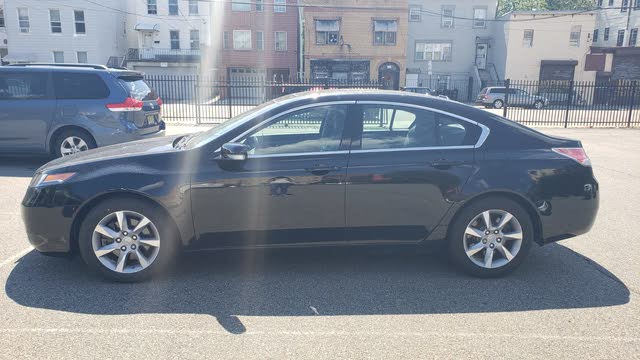 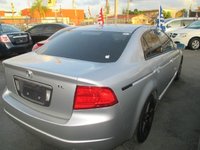 Acura wisely gives its TL midsize luxury sedan an exterior update for 2012, erasing some of the design errors of the past few years, and adds a new 6-speed automatic transmission and a number of interior improvements, as well as a new Advance Package.

While the 2012 TL's cabin provides plenty of room for passengers, cargo space in the trunk remains tight, and some owners report a number of problems with the vehicle's interior technology gear, including its navigation system.

With sales of the TL dropping over the past few years, Acura improves the sport sedan for 2012 to help make it a little more competitive in its automotive segment. Exterior styling remains a controversial point for some reviewers, but overall owners like the TL's good balance of features, performance and sporty styling. However, some have reported tech problems with the car, as well as issues with the new transmission. On the positive side, Acura seems to be making deals to boost sales, which might be good news for savvy buyers looking for an upscale commuter vehicle.

Three years into its controversial fourth-generation redesign, the Acura TL midsize sedan receives a number of updates and improvements for 2012, starting with its exterior styling. The TL's fourth-generation design, especially the shield-shaped, beak-like front-end grille, drew very mixed reviews, and some observers say the inelegant design negatively impacted TL sales. So the automaker responds for 2012 with a course correction, outfitting the '12 TL with a more sedate version of the shield grille, as well as a shorter front overhang and a restyled rear bumper with smaller reflectors. The TL also displays new headlights, foglights and turn signals. Other improvements for 2012, all part of a mid-generation refresh, include a new Sequential SportShift 6-speed automatic transmission and a number of interior updates.

Exterior changes to the 2012 TL's front and rear fascias result in a slightly shorter overall length, by 1.5 inches to 194 inches. In addition, the chrome trim around the hood and windows has been changed to body color, and door handles are now body color as well, which eases some of the sedan's aggressive exterior look. The changes up front help improve aerodynamics, Acura notes, and allow the more sophisticated aspects of the exterior design, such as the clean side lines, subtle arches over the front wheels and sporty sweptback roofline, to shine through. Standard exterior features for all trims include HID headlights, heated power side mirrors with integrated turn signals, new LED taillights and dual exhaust outlets.

Overall, the 2012 Acura TL delivers a winning balance of sportiness, performance and interior amenities, and many reviewers place it at or near the top of its class, which includes such upscale competitors as the BMW 3 Series, the Cadillac CTS, the Mercedes-Benz C-Class and the Audi A4. 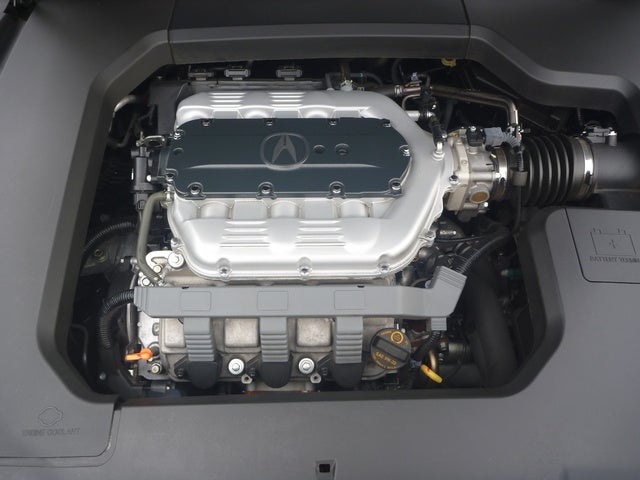 A 3.5-liter V6 engine, which powers the base TL through the front wheels, produces 280 hp and 254 lb-ft of torque. For 2012, Acura tweaks the engine to reduce friction between the pistons and cylinder walls, which helps improve efficiency. Similarly, variable valve timing and electronic lift control improve airflow and engine efficiency. As a result, the TL posts relatively decent fuel economy numbers of 20/29 mpg, an increase of 3 mpg on the highway over the previous year. However, prospective buyers should note that premium fuel is required.

For 2012, Acura pairs the V6 with a new Sequential SportShift 6-speed automatic transmission with paddle shifters, which enable drivers to shift gears manually. The new transmission includes a double-kick-down feature, giving drivers the ability to downshift 2 gears at once, and a Sport mode, which allows higher revs before upshifting for a sportier driving experience.

TL SH-AWD trims get a 3.7-liter VTEC V6 engine, which puts out 305 hp and 273 lb-ft of torque. The larger V6 also features variable valve timing and electronic lift control, as well as a high-flow exhaust system. It links to the new 6-speed automatic in all SH-AWD trims except the SH-AWD with Technology Package, which replaces the automatic with a 6-speed close-ratio manual transmission. The EPA estimates fuel economy numbers of 18/26 mpg for SH-AWD trims with the automatic transmission (an increase of 1 mpg over the previous year) and 17/25 with the manual shifter.

Both engines are quiet when idling and responsive when pushed, delivering plenty of power for all types of maneuvers. Testers especially single out the base V6 for its performance and competence. The new 6-speed automatic does a better job of channeling power from both engines, reviewers say, but they like the automatic transmission's manual-shift feature via paddle shifters better than its automatic mode, which can sometimes make shifts feel harsh. Still, reviewers say the TL's performance helps put it near the top of its class.

The Acura TL's well-tuned suspension delivers a smooth, sporty ride, especially on twisty roads and in tight corners. The lighter base TL remains slightly more nimble than the heavier SH-AWD trims, but testers give high praise to the AWD system for shifting power not only to the rear wheels when needed, but to the side wheels as well, resulting in a highly competent, road-hugging ride. The only downside, according to some testers, remains the electric variable power-assisted rack-and-pinion steering, which receives mixed reviews. Some find the steering system responsive, with good feedback, while others say it feels too light for a sport-oriented vehicle.

The cabin of the 5-passenger TL features a dual-cockpit design, which gives the driver and front passenger their own personal spaces, separated by a central information center in the center stack and a swooping center console. The design puts all important controls and readouts within easy reach of both front occupants, including the dual-zone, dual-mode automatic climate control system, which allows the driver and front passenger to set specific temperatures via voice commands. Taller passengers will find plenty of room in both the first and second row, and the front sport seats are comfortable and supportive enough for long trips.

Leather upholstery comes standard on all trims, along with 2-level heated front seats, 10-way power adjustment for the driver's seat and 8-way power adjustment for the passenger. The SH-AWD trims add high-performance front seats with additional side bolstering, while the Technology Package adds perforated Milano premium leather upholstery. The rear seat includes adjustable climate-control vents and a fold-down center armrest with a pass-through to the trunk.

A power tilt/slide moonroof, remote keyless entry, memory settings for the driver's seat, a trip computer and steering-wheel-mounted controls for audio, cruise, phone and a multi-information display are among the other standard features. In addition, the base TL trim and TL SH-AWD trims get an 8-speaker, 276-watt audio system with a 6-CD changer and SiriusXM satellite radio, while the Technology Package adds navigation with real-time traffic and weather, as well as a 10-speaker, 440-watt Surround Sound audio system with a CD/DVD player and a 60GB hard drive. The Technology Package also adds push-button start, a rear-view camera and a GPS-linked automatic climate control system, which monitors the sun's position and intensity and makes interior climate adjustments accordingly.

Cargo space remains tight in the 2012 TL, and cargo-carrying capabilities remain limited, since the rear seats do not fold down. In addition, a number of reviewers complain about the odd shape of the trunk, which further inhibits storage capacity. The trunk offers 13.1 cubic feet of storage space in the base TL, and 12.5 cubic feet in SH-AWD trims. That's better than the Audi A4 (12.4 cubic feet) and comparable to the Cadillac CTS (13.6) but behind the BMW 3 Series (17).

While overall owners like their Acura TLs, many of them also have suggestions for improvement, such as more adjustability for the front seats or an available backup camera without having to purchase the navigation system. A number of owners also have complaints about the navigation system, and a few have reported problems with the new transmission. However, owners generally like the TL's exterior design, with some calling it sophisticated and sporty. Owners also say the front seats are comfortable for long distances, and they like the vehicle's handling and performance. For many owners, the buying decision hinged on a matter of value, with pricing that made the TL a good choice for its class.

Users ranked 2012 Acura TL against other cars which they drove/owned. Each ranking was based on 9 categories. Here is the summary of top rankings.

My Acura TL 2012 3.5L Broke the timing belt. The valves they bend? Or not necessarily?

I have a 2012 acura tl and 2 months ago the battery was dead and needed a jump. Got it started and after driving on highway for a while to charge battery I get the message "Battery Voltage Low, turn ...

How To Run Self Diagnostic AC Test For 2012 Acura TL

How do I perform a self diagnostic test on the AC system. It was blowing cold, then no air at all, now it’s blowing air but not cold air.

My 2012 Acura TL with 110K has failed engine last week without any prior warnings!! I absolutely lost my mind that my car with all current maintenance being done at the dealer shop since I purchased...

Why Wont The Trunk Open