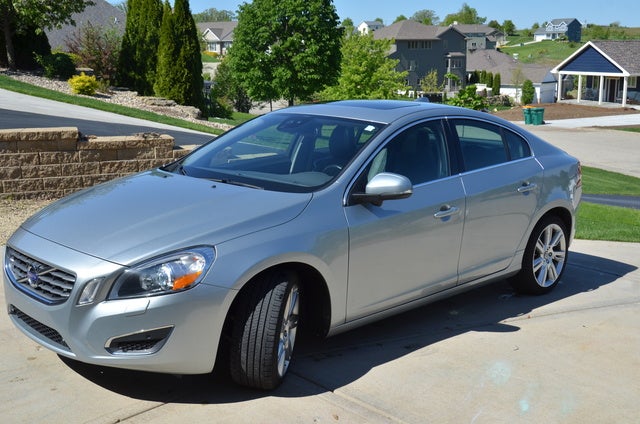 Traditionally known for safe and reliable vehicles, Volvo has, with the totally redesigned 2011 S60, returned a little design pizazz to its lineup. Since its inception some ten years back, the S60 has, along with its C70 cousin, represented the Swedish automaker’s only concession to fashion. In the mid-to-late 2000s, however, the S60 began showing its age, was taken off the market for the 2010 model year, underwent extensive reworking, and now returns for 2011, bigger and stronger than ever. In the fall of this year, the S60 T6, the first of what is expected to be two trim levels, is expected to debut. This midsize sedan is 1 inch longer and 2 inches wider, with a couple more inches added to its wheelbase, all of which may be in response to complaints of a cramped rear cabin area. We’ll see how successful these inches will be, though a smaller trunk (12 cubic feet) may add few more inches for back-seat passenger comfort. Alas, how such bulking up will alleviate a notoriously sizeable turning radius is a mystery. Against such lofty competition as Acura’s TL, Audi’s A4, and BMW’s 3 Series, the S60 has its work cut out for it.

Powering the next-gen 2011 S60 is a 3.0-liter turbocharged inline six-cylinder (I6) gas engine that, when managed by the standard six-speed auto-manual transmission, will put out 300 hp and 325 lb-ft of torque. Variable valve timing ought to keep mileage figures appealing, while this torque-hefty drivetrain will, if the spirit moves you, tow some 3,300 pounds of trailer. The second S60 trim, the T5, due in early 2011, is intended to carry an up-powered (227 hp) version of the turbocharged inline five-cylinder (I5) engine found in the previous-generation S60.

A number of options packages are available, including the Multi-Media Package with premium sound, a rear-view camera, and DVD navigation, and the Four-C Active Chassis featuring a three-mode (Sport, Comfort, and Advanced) semi-active suspension system. Other options, in either package or stand-alone form, include rear-seat DVD entertainment, a power moonroof, remote engine start, upgraded 17-inch wheels, genuine wood inlays, and a power-adjustable passenger seat.

Apparently Volvo had heard enough about the S60's beyond-retro cabin appearance and workability from owners of the ’09 version, thus the major refit. What remains to be seen is if the improvements to its power, interior ambience, and exterior dimensions will improve such issues as the cramped rear seat and an extra-wide turning radius. What had been described as better-than-decent mileage might be somewhat compromised with the new I6 engine, though the popular turbo power gets even more powerful. Five-star safety scores will assuredly remain in the 2011 S60, while complaints of stodgy electronics and poor rearward visibility have doubtless been addressed, resulting in what Volvo hopes will be a real crowd pleaser.

my car cant start but only cranks after an accident

White heat sign warning sign came up. Car slowed down than stopped. Checked coolant was all gone. No water in engine oil. Later on added coolant full. Car is not starting but making noise if it was...