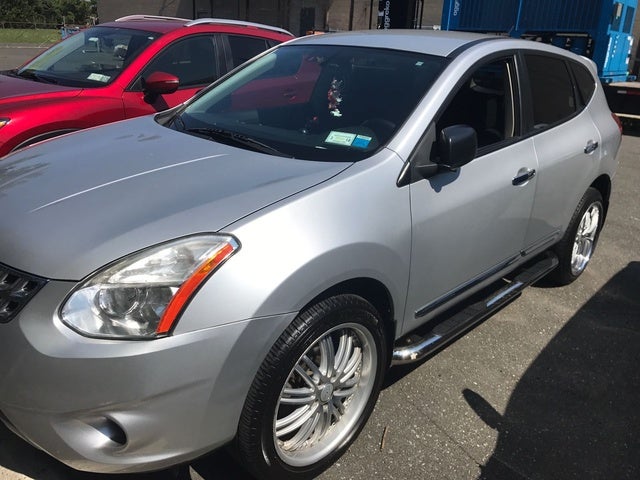 The 2011 Nissan Rogue got a refresh for this year that makes the compact crossover look a lot like its big brother, the Nissan Murano. A new surfeit of trim levels and available options could make it a worthwhile option for buyers who would otherwise consider the Honda CR-V or the Toyota RAV4.

Part of the Rogue's appeal comes from the platform it shares with the Nissan Sentra. The smaller Sentra has good handling and steering in its class, and that translates well to the 2011 Nissan Rogue, which offers a sportier drive than options from Honda or Toyota. It also manages to look more like the midsize Murano, which has one of the more daring exterior designs in the class, so that's a point in its favor.

The 2011 Rogue also has striking lines, and that can cause a problem for people who want to use it for sports, or utility, purposes. Its angles reduce cargo capacity compared to other compact crossovers, and those looking to haul small personal watercraft or trailers could find the lack of a V6 engine a major problem.

Instead, the 2011 Nissan Rogue comes with a 170-hp, 2.5-liter inline four-cylinder that provides 175 lb-ft of torque mated to a continuously variable transmission. Some reviews complain that the CVT causes droning sounds, but the handling is crisp and light during low-speed maneuvers and feels like a car on curves. An all-wheel-drive system is available throughout the 2011 Nissan Rogue's trim lineup.

The surfeit of available trims and option packages means there is likely a version of the Rogue to fit the needs of most any buyer considering the compact crossover. The Base S trim affords the 2011 Nissan Rogue a body-color rear spoiler, 16-inch wheels, a stereo with auxiliary input and additional iPod interface, and power windows, door locks, and outside mirrors.

For having a four-cylinder powertrain, the 2011 Nissan Rogue is quick, getting to 60 mph from a standstill in just over 8.5 seconds and still managing a 22/28 mpg city/highway split. The highway number for AWD models drops to 26 mpg.

Safety features include antilock disc brakes for all four wheels, stability control, and six airbags: front and side airbags for the front row and side curtain airbags for all four outboard passengers. Government crash test ratings were four out of five stars, while the Insurance Institute for Highway Safety gave the 2011 Nissan Rogue its highest ratings.

What the 2011 Nissan Rogue seems to provide is a car-like feeling for the driver and passengers married to a quality interior. It may not have the powertrain for some crossover needs, like towing or trundling through mountains, but it retains average cargo capacity with the seats up and a variety of storage options in the cabin.

Users ranked 2011 Nissan Rogue against other cars which they drove/owned. Each ranking was based on 9 categories. Here is the summary of top rankings.

Have you driven a 2011 Nissan Rogue?
Rank This Car

I have 140,000miles on 2011 Rogue, with cvt transmission problems due to overheating, is it still covered under extended warranty?

What Could It Be Sensor Fuel Pump Or Tansmission

So I have a 2011 Nissan Rogue automatic so like right now while im sitting in it I turn it on and then edges automatically turns up but while I’m sitting here steal it sounds like kind of seems l...

My 2011 Nissan Rogue Sv Is Bucking

My vehicle is bucking. I already changed the plugs and air filter.

Why Is Low Side Ac Pressure High

Would A High Millage Nisan Rogue Need To Be Repaired Shortly After Purching...