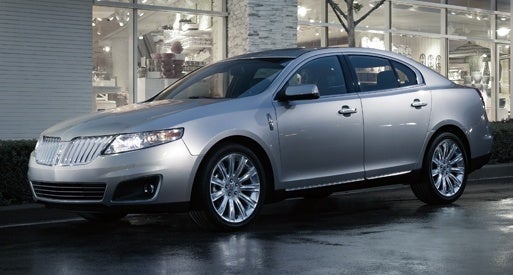 Lots of toys and goodies, great safety scores, good power and economy from the available turbocharged V6, and a relatively spacious cabin contribute to the appeal of the 2011 Lincoln MKS.

The 2011 MKS's wishy-washy handling, tepid base engine, and some bargain-basement interior materials, combined with its plebian underpinnings, make this full-size sedan less of a value than it ought to be.

Granted, the 2011 Lincoln MKS is essentially a Taurus in Lincoln garb, but that doesn’t make it a bad car – overpriced, maybe, but not bad. Those plentiful cabin amenities don’t come cheap, nor does the over-hyped EcoBoost turbo V6, while the car's relatively stately ride, despite being negated by iffy handling, is pure Lincoln. Altogether, if the stature of owning a Lincoln can be dispensed with, an optioned-up Taurus will do the job for a lot less money.

There is some ado in the automotive media that the 2011 Lincoln MKS is nothing but an overpriced Ford Taurus. Be that as it may, this centerpiece of the Lincoln sedan fleet, though relatively new to the entry-level-luxury hunt, has already been tweaked and re-powered a couple of times, resulting in a five-passenger automobile of handsome lines, prodigious standard bells and whistles, and, in its EcoBoost outfit, a potent, turbocharged V6. Granted, the MKS doesn’t have the luxury cachet of the venerable Town Car, but it does have generous trunk space, at 19 cubic feet, a comfy ride, and decent fuel economy. And face it, few people at the airport are going to mistake the MKS for their limo to the Park Plaza.

Three trims, the base 3.7L, 3.7L AWD, and 3.5L AWD (EcoBoost) make up the MKZ lineup, with both the 3.7L AWD and 3.5L AWD featuring – you guessed it – all-wheel-drive technology, standard. All trims are essentially identically equipped as far as standard appearance goodies and cabin gizmos go, though the 3.5L AWD offers additional EcoBoost badging and logo-embedded items, both as standard features and as optional décor. Except for a few added standard technology items, the 2011 MKS remains identical to its 2010 counterpart. Apparently some anticipated changes to the grille and rear fascia haven’t materialized, at least for the 2011 model year.

Though a decent, if somewhat pricey, family sedan, the MKS unfortunately suffers from a lack of true distinction that characterizes, for instance, the Cadillac CTS, Acura TL, and the highly regarded Hyundai Genesis. The MKS 3.5L AWD, at nearly $50,000, compares rather poorly to the Jaguar XF and Mercedes E-Class, each of which carry a similar pricetag. Adding to its woes, the 3.5L AWD puts out 10 fewer horsepower than its chassis-mate, the EcoBoost-equipped Taurus SHO. Decisions regarding the extra doodads in the MKS will obviously be based on personal comfort and convenience preferences. 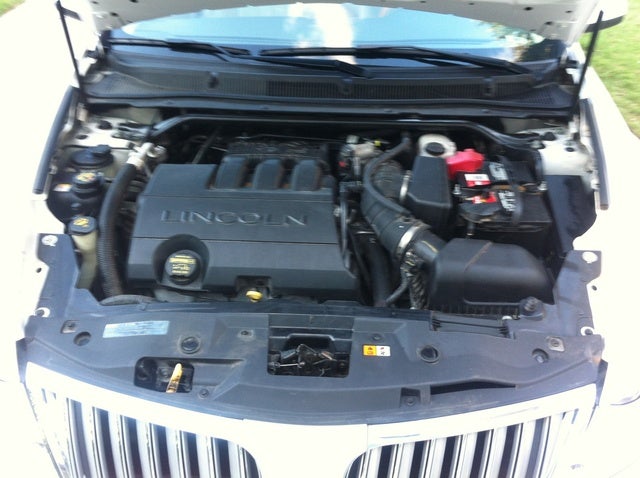 For a hefty additional cost, the twin-turbo 3.5-liter EcoBoost V6 in the 3.5L AWD uses the standard six-speed auto-manual, with its ubiquitous paddle shifters, to throw down 355 hp at 5,500 rpm and 350 lb-ft of torque at 1,500 rpm. Though able to run on regular gasoline, this turbocharged V6 will show its true performance with recommended premium gas at 17/25 mpg. As with its 3.7L AWD kin, the 3.5L AWD uses a center-mounted, limited-slip mechanical differential to deliver power to all four wheels all the time.

Though reviewers find the 3.7–liter V6 to be adequate to the demands of both city and highway driving, it does require a bit of indecorous pedal mashing to get it up to speed. One test recorded a 0-60 time of 7.5 seconds for the 3.7L AWD, thus a few less tenths of a second can be expected for the lighter FWD trim. Tardy and frequent downshifting from the six-speed auto-manual is required with the 3.7-liter V6, though one review suggests using the “SST” sport mode for a bit more pizazz from this powerplant. Virtually all reviewers, on the other hand, were impressed with the turbocharged EcoBoost V6, noting that it truly does provide V8 power with the fuel economy of a V6. Its six-speed auto-manual is also described as slightly better adjusted.

Few reviewers give the 2011 MKS high marks for handling prowess. Ride characteristics seem a matter of opinion among reviewers, with some describing it as a bit too firm for both its hefty pricetag and for what one would expect from a so-called luxury sedan, while others claim a pleasant cushiness, though they note a tendency to float and wallow in hilly terrain.

Base MKS 3.7L and 3.7L AWD trims, with standard 18-inch alloy wheels, are noted by virtually all reviewers to suffer a noticeable bumpiness over rough surfaces. The 3.5L AWD with standard 19-inch tires is described as better behaved in all conditions than a car equipped with the available 20-inch wheels. Both 19- and 20-inch tires (with appropriately decorative rims) are also available for the 3.7L and 3.7L AWD, as well.

All 2011 MKS trims carry a four-wheel independent suspension, MacPherson front struts, front and rear stabilizer bars, and a multi-link rear suspension. Handling is tagged “competent” by some reviewers, but the consensus is that this full-size sedan is not especially exhilarating nor nimble, though a few reviewers were pleased at the lack of any serious body lean in tight turns. Needless to say, AWD trims demonstrated a significantly better grip when maneuvering at speed. Unfortunately, a too-wide turning radius makes low-speed, close-quarters maneuvering touchy at best. Braking is described as smooth and strong in nearly all professional reviews.

Options, almost all of which are also available throughout the lineup, include THX II premium audio components, with 14 speakers and 10GB of music storage, voice-activated DVD navigation, a rear-view camera, dual-panel power moonroof, and, only on the 3.5L AWD trim, Ford's well-regarded Active Parking Assist. Additionally, the 3.5L AWD is also available with several unique upholstery upgrades and cabin accents, including perforated leather seating.

Reviewers note gauges to be large and easily readable, while buttons and controls are logically placed and readily discernable. Early glitches with both the SYNC and Bluetooth technology seem to have been corrected, but reviewers recommend checking both thoroughly before taking delivery. Traditionally roomy, the MKS features a spacious front cabin, and 2011 is no exception. However, a number of reviewers find the rear seats a bit cramped, with cabin storage described by most as merely so-so, but then, there’s that gaping trunk to take up some overflow.

Along with its Taurus cousin, the 2010 MKS was named a Top Safety Pick by the Insurance Institute for Highway Safety (IIHS), which gives the 2011 version its highest rating of Good in all collision and rollover tests. Meanwhile, the National Highway Traffic Safety Administration (NHTSA) gives the 2010 MKS five stars in front and side impact testing, and four stars in rollover tests for both the FWD and AWD configurations. 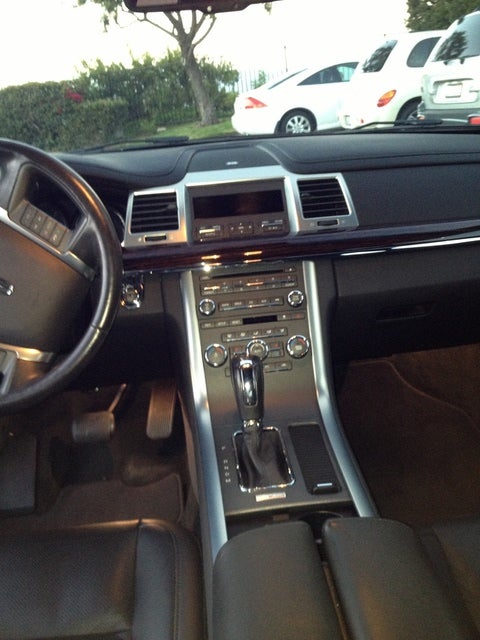 Owners of the 2011 Lincoln MKS seem to have issues with its keypad-operated power lock system, as well as a need for speed that might be alleviated if a V8 engine were made available. Lack of driving pizazz is a bone of contention with a few owners, while others are just fine with a stately, if somewhat spongy, ride. Engine racket with the 3.7-liter V6 disturbs a number of owners, while the perception of any sort of value escapes more than a few. Finally, poorly positioned armrests, cramped rear seating, and a too-small trunk opening leave a number of owners less than pleased.

On the positive side, virtually all owners laud the easy-to-manipulate SYNC system, while many also praise the luxury touch provided by standard heated rear seats, as well as the absurd number of additional standard comfort and convenience amenities. The EcoBoost turbocharged V6 comes in for its share of salutations, as do the roomy and comfy front seats. Finally, restricted opening and all, the 19 cubic feet of trunk space receives its share of kudos from owners of the 2011 MKS.

Have you driven a 2011 Lincoln MKS?
Rank This Car

My hood flutters at higway speed on 2011 mks awd.

One day recently pushed too many buttons, ended up with centigrade and kL per liter...what do I push to change back?

2011 MKS has no running lights. It has turning and brake lights. Also the bright lights do not work. Is that a fuse or switch problem. We took it to dealership and got a oil change but they said we...