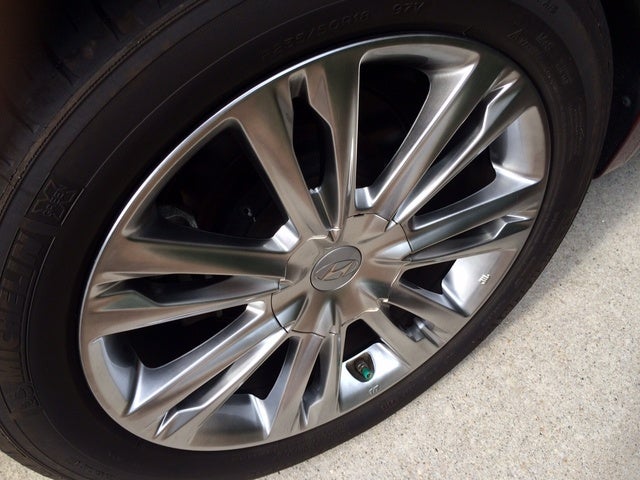 Bold and luxurious, the 2011 Hyundai Genesis offers levels of power and refinement approaching those of its much pricier German and Japanese competition.

Despite its ability to compete objectively with the big boys, the 2011 Genesis just doesn't have the snob appeal of the established players from BMW, Mercedes-Benz and Lexus.

Hyundai's 2011 Genesis offers great value, providing a driving experience that rivals the world's best luxury sports sedans at half, or even a third, of the price. While the details can't quite match the competition, it's amazing how well Hyundai has thought through the big bits. Though the Genesis might suffer a bit in the prestige department, its powerful engine choices and posh interior trimmings make for an incredibly impressive first effort.

In 2008, Hyundai launched the Genesis with considerable fanfare. Built on a rear-drive platform and driven by the company's first V8 engine, the Genesis took aim at a luxury segment dominated by entries from Lexus, BMW and Mercedes-Benz. Initial reviews were nothing short of glowing, praising the Genesis' power and smoothness, but sales in the intervening years have been slow, due in no small part to an economic climate that doesn't favor luxury cars.

Starting at well under 40 grand, the 2011 Genesis is offered in both 6- and 8-cylinder variants. Both Genesis trims (the 3.8L and the 4.6L) ride on an advanced chassis that sends power to the rear wheels, just like the competition. For 2011 the Genesis borrows a few design tweaks from the even larger and more luxurious Hyundai Equus, including enhanced chrome trim and LED headlamps. 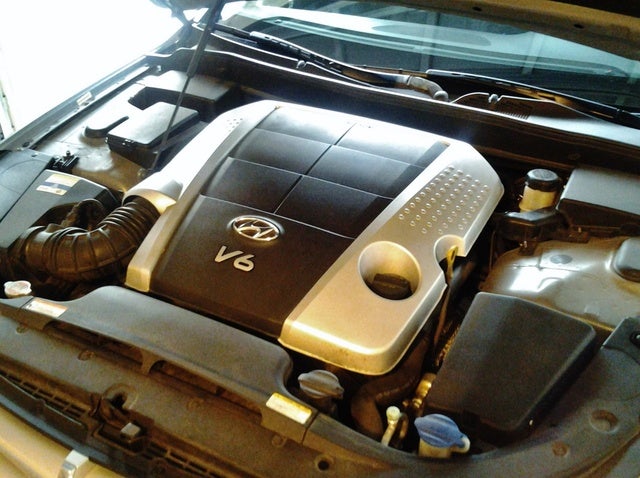 For 2011, the base Genesis 3.8L's 6-cylinder engine develops 290 hp and 264 lb-ft of torque. The smooth-running V6 offers a wide, flat power band and near-instantaneous throttle response. Genesis 3.8L trims gallop from 0-60 in 5.9 seconds and feature an Aisin 6-speed automatic transmission that is a willing partner in performance, even if its shifts can be a bit abrupt.

The top-dog Genesis 4.6L trim features Hyundai's award-winning Tau V8 engine, the company's first. For 2011 the V8 gets a 10-hp bump to 385, while torque output remains unchanged at 333 lb-ft. Though it's just a bit less refined than the competition, the Genesis' V8 delivers an impressive surge of power and, as a bonus, doesn't demand premium fuel. Backing up the V8 is a ZF automatic, also with 6 cogs, that stands in for an upcoming in-house 8-speed that will also see duty in an alleged 5.0-liter Equus.

With the attention to detail that distinguishes all of the company's products, Hyundai's engineers have labored to produce a luxury sedan that rides and handles nearly as well as the best from Japan and Germany. The 2011 Genesis' well-isolated structure is commendably stiff, and its sophisticated suspension (consisting of an independent multi-link arrangement all around) soaks up bumps with a minimum of discomfort. The chassis tuning strikes a balance between the sportier BMW and the cushier Lexus, delivering precise control with a (mostly) comfortable ride. The Genesis' thick anti-roll bars keep body lean in check, but result in a slightly choppy ride over uneven pavement.

Inside, the 2011 Genesis impresses with an elegant interior that's chock-full of expensive materials. The standard leather seats are quite nice, but the Genesis 4.6L's “ultra-premium” cowhide really gets noticed. The ultimate Genesis also gets French-stitched leather on the dash and doors, while all Genesises feature power windows, locks and seats, along with an auto-dimming rear-view mirror and push-button start. The Genesis' broad, ergonomically friendly dashboard looks great, but the dowdy steering wheel appears to have been lifted from the Entourage minivan.

Both Genesis trims offer the option of a powerful Lexicon stereo system. A 14-speaker unit with CD player is optional in the Genesis 3.8L, while an even more impressive 17-speaker "discrete" system is included in the Genesis 4.6L. Also available are two different navigation systems (one with a 7-inch screen, the other with an 8-inch display and a rear-view camera), a ventilated driver's seat and adaptive cruise control.

Befitting its positioning as a high-end luxury car, the 2011 Genesis features a full suite of high-tech safety gear. Front, side and curtain airbags combine with active head restraints and standard seatbelt pre-tensioners to help protect occupants in an accident. In the realm of active safety, the Genesis' stability and traction control pair with the secure handling provided by the rear-drive chassis to help make the big sedan nimble in emergency maneuvers. In government crash testing, the Genesis sedan received the highest rating, five stars, in all frontal and side impact scenarios.

Owners are impressed by the value and luxury the Genesis offers. Its silky-smooth powertrain and high-quality interior are consistently praised by luxury buyers used to a high-end BMW or Lexus. The slightly jittery ride is disliked by some, though this seems to be the only complaint.

What's your take on the 2011 Hyundai Genesis?

Tbird5506 Beautiful vehicle, that is a joy drive. This my first Genesis and when my other vehicle goes I am getting another Genesis for my wife.

Users ranked 2011 Hyundai Genesis against other cars which they drove/owned. Each ranking was based on 9 categories. Here is the summary of top rankings.

Have you driven a 2011 Hyundai Genesis?
Rank This Car

I Thinkmy Key Fob Battery Is Dying. My Doors Wont Open Unless I Use The Act...

Sometimes it seems like the car doesn't recognize my key fob, After getting in the car using the actual key I'll try to start the car but it wont start. It will tell me to insert the key into the key ...

we updated the gps maps in our 2013 genesis r spec will that gps update work on our 2011 genesis?

I have a 2011 Hyundai Genesis with the logic seven lexicon system. I have done all the research including pulling off the battery terminal. All fuses are good. I have display On the screen and ca...

What Type Of Gas Is Recommended ?