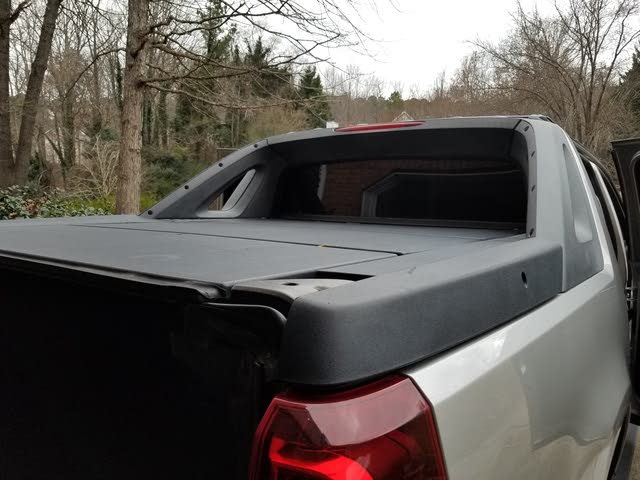 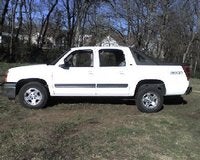 Average user score
4.7 ⁄ 5 stars
Based on 16 reviews
Review by Joe — Roomy cab that offers amenities, comfort, and room. The truck handles very well and has great suspension. The bed covers offer protection from the elements, security and best of all can be easily and... Read more
Review by Revman58 — This truck came loaded with everything you could ask for including satellite radio, navigation, DVD system, etc. Its by far the best and most loaded truck Ive purchased so far. The deal I got was grea... Read more
Review by Me — Good value. I really liked the truck as a matter of fact I bought the Truck Read more

Tepid gas mileage, a hefty pricetag, and some challenges in maneuvering crowded parking lots might make some pass on the hulking 2011 Avalanche.

Although it boasts the cabin space and semi-tamed ride of an SUV, as well as some spiffy styling, the 2011 Chevy Avalanche can play with the big boys when it comes to towing and hauling ability. A hefty appetite for gas and a steep sticker price, however, may keep this hefty beast from turning more than a few tire-kickers into buyers.

Exhibiting many attributes of a full-size SUV, the 2011 Chevrolet Avalanche nevertheless packs the looks, versatility, and hauling capability of a full-size pickup. Able to seat five passengers, this snappy crew cab pickup features four forward-opening doors and also comes with a bed just over 5 feet long, tonneau cover, and, in an inspirational piece of engineering, a mid-gate arrangement whereby the rear window and wall of the cabin can be removed for an additional 3 feet of length. A more compliant suspension, meanwhile, keeps the Avalanche from picking up the traditional poor ride and handling habits that plague traditional pickups, while optional front bench seating deletes the standard bucket seats in favor of an extra passenger.

Available in three trim levels, the base LS, midlevel LT, and top-shelf LTZ, the capable Avalanche is delivered with standard rear-wheel drive (RWD). All three trims, however, are available with on-demand four-wheel drive (4WD), and the LT is additionally available with the highly regarded Z71 Off-Road Package. All three trims are powered by an ethanol-capable Flex Fuel V8 engine with cylinder deactivation, and all three carry a standard auto-manual transmission that’s good to tow a sizable load using the standard trailer hitch and wiring. A heavy-duty trailer towing package with extra engine cooling, 3:2 axle ratio, and integrated trailer brake is also available.

Though the 2011 Avalanche remains essentially a mirror-image of its 2010 counterpart, a few items, such as the six-speed auto-manual transmission and a USB connection, are now standard across the lineup. Additionally, a single-speed transfer case is now the norm on 4WD trims.

The Honda Ridgeline provides the Avalanche with its only head-to-head competition. However, prospective buyers might want to check out Chevy’s own Silverado or Ford F-Series pickups before deciding on the pricey Avalanche. Any of these full-size trucks will do some serious towing and toting, but few can boast the Avalanche’s good looks and passenger-friendly cabin ambiance and ride qualities. 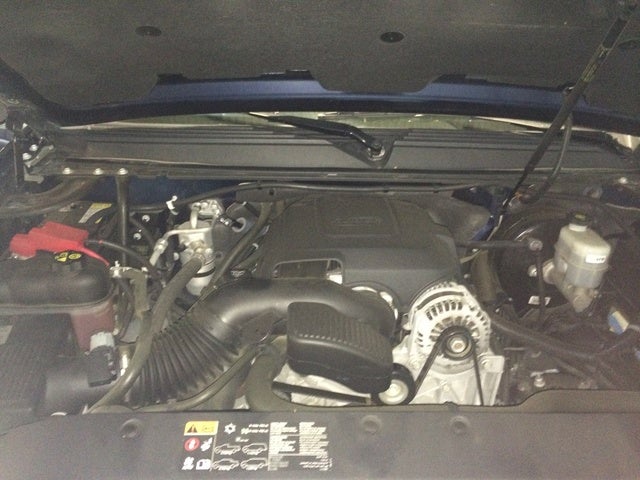 Returning in the 2011 Chevy Avalanche are a standard 5.3-liter V8 powerplant and six-speed auto-manual transmission. This combination boasts 320 hp at 5,400 rpm and 335 lb-ft of torque at 4,000 rpm, and the V8 additionally features E85 ethanol Flex Fuel capability. Variable valve timing and the deactivation of four of the eight cylinders at highway speeds give the Avalanche 15/21 mpg in RWD versions, while fuel efficiency figures are unavailable for 4WD trims. Trailer towing capacity is touted to be some 8,100 pounds with the available heavy-duty Trailering Package.

Though deemed perfectly adequate by most reviewers, with enough power to get through ordinary duties, the V8 is, altogether, nothing very special. The six-speed is considered smooth and responsive by virtually all reviewers, while no significant difference was noted off the line between the RWD and the heavier 4WD trims. Many reviewers do compliment the Avalanche for having little engine noise, even under heavy acceleration. The V8’s fuel economy, however, is not among its high points in the minds of most reviewers.

Standard for the 2011 Avalanche are a short-and-long-arm front independent suspension, front and rear stabilizer bar, and multi-link rear suspension. The LTZ complements this setup with an active, self-leveling suspension system that works well for trailer towing, but is a bit chaste for seriously abusive off-road use. The LS and LT roll on 17-inch alloy wheels and all-season radials, while the LTZ mounts 20-inch polished aluminum wheels, again with all-season tires.

Needless to say, reviewers credit the LTZ for having the most comfortable ride of the three trim levels, though most agree that even the lower trims demonstrate a surprising competence in dealing with all but the roughest roads. Steering is noted by most reviewers to be nicely balanced, though a pretty sizeable effort is needed on the wheel in low-speed maneuvering, and this big Chevy’s sheer size, according to all reviews, puts it at a distinct disadvantage in crowded spaces. Brakes, however, are described as powerful and true, with no mushiness or hesitation in pedal feel.

Options include 20-inch polished alloy or chromed wheels with the LS and LT trims, as well as the beefy Trailering Package, with integrated trailer braking, extra engine cooling, and a 3.42 axle ratio, and power step running boards across the lineup. The Z-71 Off Road Package, featuring skid plates, jounce bumpers, specially tuned shocks and springs, upgraded appearance features, and a high-capacity air filter is available with the LT trim, while a power sunroof and rear-seat DVD entertainment are available only with the LT and LTZ trims.

Generally, reviewers are favorably impressed with the 2011 Avalanche’s well appointed cabin, noting gauges to be easily readable, and controls to be well-located and simple to use. An abundance of hard plastics dominates the cabin, but, according to most reviewers, some subtle and effective texturing offsets any potential low-rent look. Seats are claimed by the majority of reviewers to be comfortable and supportive, though this pickup’s high stance can prove a minor challenge to shorter folks in reaching them. Most reviewers note that the overly large roof pillars put rearward visibility at a premium. Of course, the unique and inspired mid-gate feature draws rave reviews from virtually all professional reviewers.

Though no data is available on the Avalanche from the Insurance Institute for Highway Safety (IIHS), the National Highway Transportation Safety Administration (NHTSA) gives this sharp pickup five stars in front impact testing and three stars in rollover tests for 2010. Side impact results are unavailable for 2010 trims, but the NHTSA has restructured their testing procedures, and test criteria on the 2011 Avalanche, indeed all 2011 vehicles, will be a bit more stringent altogether.

As with current safety-testing data, owner feedback on the 2011 Avalanche is severely lacking. Owners of the nearly mirror-image 2010 Avalanche, however, place poor gas mileage at the top of the list of pet peeves, though most grant that they didn’t buy this big pickup for its fuel efficiency numbers. Some lackluster electronics, additionally, leave a few owners cold, while significantly diminished front legroom with the rear seatbacks folded down also leads to a bit of owner discontent.

On the positive side, owners of the 2010 Avalanche are impressed with its looks, cabin comfort, and plethora of standard features. Of course, the removable mid-gate draws loud applause from owners, as does a surprisingly smooth ride. Some owners advise, however, that the 2011 Avalanche, though a bit more civilized than the typical pickup, is still a truck at heart.

What's your take on the 2011 Chevrolet Avalanche?

L Same here I owned the first generation of this truck. I traveled back and fourth from North Carolina to Connecticut and I loved it. Handed it down to mom and bought a 2011 ltz. Came with the slide out bed. Some electrical components tend to corrode like the four buttons next to the steering wheel which reset your trips. Bought for a great price. the smooth ride is what I like best. Don't do much towing over 8000 pounds but it tows cars just fine. Love the two lockable compartments for tools on the side of the bed, very spacious.

Have you driven a 2011 Chevrolet Avalanche?
Rank This Car

How To Repair Ambient Temperature Display

Clock Will Not Display On Radio

After switching out to a new battery the clock on the radio will not display the time. Tried to reset radio like manual said and it will not show clock.

Key Will Not Turn The Ignition

400 views with 3 answers (last answer about a year ago)

One of my folding side mirrors on my Avalanche stopped working (90% of the time). I can see it flinch when I try to open it. When it does open it makes a noise like something is not working correct...