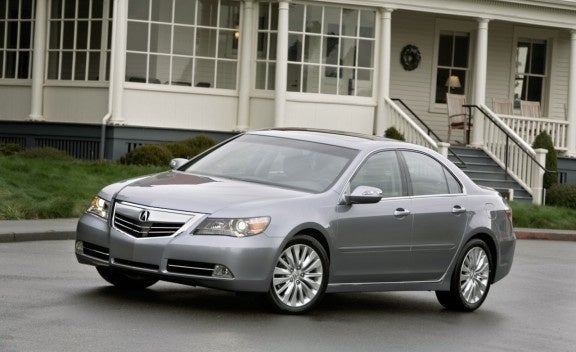 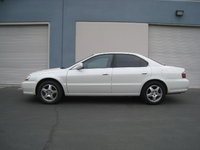 The fun-to-drive 2011 Acura RL offers power and high performance and an interior deemed worthy of the $50,000 neighborhood in which it resides, experts report. In general, though, they decline to give Acura’s flagship rave reviews.

They love the way the all-wheel-drive 2011 Acura RL handles and rides, and it can compete in the luxury car market, they note, but overall it struggles to stand out in a field that includes such heavy hitters as the BMW 528i, the Infiniti M37 and the Mercedes-Benz E350. Indeed, it’s a classy, crowded and competitive league.

The Acura takes hits for aging and being a bit dated, but it takes a step or two forward for 2011, too. Updates have added to an interior that already scores well, and a new wheel design has cut down even more on road noise, which was really not a problem anyway. A 6-speed automatic transmission with manual shift paddles replaces the RL’s old five-speed and gives the 2011 Acura a little boost when it comes to acceleration and fuel economy.

A 3.7-liter V6 engine that produces 300 hp and 271 lb-ft of torque powers the 2011 Acura RL, and by most accounts, that’s plenty of engine to keep the sporty and agile car tooling along the highway. The RL also gets Acura’s “Super-Handling” all-wheel-drive system that automatically parcels out power to the appropriate wheels to enhance traction and handling in the toughest of conditions and on the twistiest of roads.

Though they don’t find fault with the 2011 Acura RL’s V6, critics note that the car’s main competitors do offer even more power with their V8 option. The V6 gets 17 mpg city/24 highway.

The manufacturer lists three trims for the 2011 Acura RL, but the second two are, in effect, packages that can be added to the base model. The Technology package features a back-up camera, rear parking sensors, front seats that are ventilated as well as heated, upgraded Bluetooth phone and a navigation system with real-time traffic, weather and voice activation. The Advance setup gets adaptive cruise control and Acura’s Collision Mitigation Braking System (CMBS). CMBS is designed to provide warnings to the driver or even apply emergency braking if a collision seems inevitable, thereby minimizing the effects of a frontal collision or even preventing it.

Attention to detail and the quality of design and materials earn the 2011 Acura RL generally high marks for its cabin. Reviewers especially like the voice-activated system and controls on the steering wheel, along with the sound out of the 10-speaker Bose audio system. The RL comes up a little short, though, in trunk space and legroom in the rear.

A stability control system, antilock disc brakes with brake assist, front-seat side airbags and full-length side curtain airbags are among the safety features for the 2011 Acura RL. Acura’s touted and standard AWD system comes into play in avoiding accidents. So, too, does the CMBS, which continually monitors road conditions, but it does not come standard in the base RL.