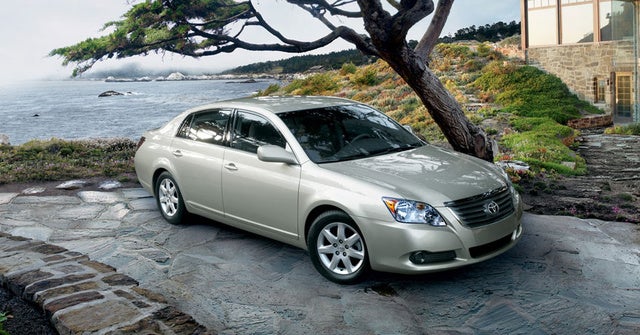 Refinement, efficient yet powerful performance, an inviting cabin, plenty of standard amenities, and ride comfort that rivals that of competitors costing nearly twice as much keep the 2010 Toyota Avalon at the top of its game.

One of the very best family sedans available, the 2010 Avalon must overcome the stigma of Toyota’s recent safety woes, in which it is but one of several vehicles implicated, to reclaim its lofty status among the ever-improving competition. Smart money says that’ll happen, but not without some extra hard looks from prospective buyers.

If nothing else, the 2010 Toyota Avalon is rolling proof that pampered performance can overcome stodgy looks. This full-size, five-passenger family sedan isn’t exactly a newcomer to the car wars, and has gained enough street cred to be counted among the leaders in its class. Though offering a near-luxury interior, a pampered highway ride, and an efficient yet potent V6, this unassuming auto has, unfortunately, had the misfortune to be among those vehicles cited in the recent mass recall initiated by Toyota’s safety problems. Sales have resumed after a hiatus of several weeks, and doubtless most dealers are willing to talk serious turkey in getting people on a budget into this ordinarily pricy vehicle.

In any case, three trims grace the Avalon lineup, the base XL, midlevel XLS, and the top-shelf Limited. Each is available only with front-wheel-drive and features a single V8 powertrain, but all are equipped for an upscale, indeed almost luxurious ride. Cabin comfort and ambiance, along with amenities such as cruise control, power-adjustable seats, and climate control are standard even in the XL, and, of course, soar to downright heavenly heights when moving up to the higher trims.

Essentially unchanged from the ’09 version, this generation of the Avalon may be getting a bit long in the tooth, but no serious changes are rumored, for the near future anyhow. No matter its age, this comfortable and capable sedan has had Ford scrambling to boost its Taurus, Buick working into the wee hours to improve its LaCrosse, and Chrysler crossing its fingers that the 300’s available V8 power will carry it a bit further. 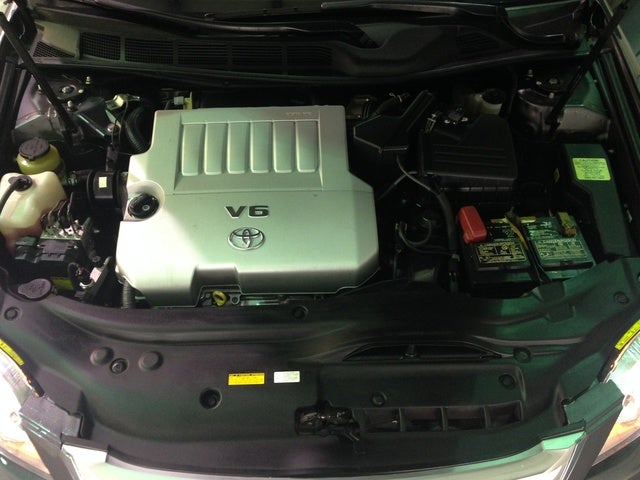 The sole powertrain available for the 2010 Avalon is a well-respected 24-valve DOHC 3.5-liter V6 that mates with a highly regarded six-speed auto-manual transmission for some 268 hp at 6,200 rpm and 248 lb-ft of torque at 4,700 rpm. Variable valve timing keeps the power-laden V6 economical at 19/28 mpg of regular unleaded gas.

Reviewers are in accord that the potent V6 is a bear when merging and passing, and one review claims 0-60 in 6.2 seconds. Not bad for the typical staid family sedan, but not as potent as some on the market. The six-speed shiftable automatic, meanwhile has drawn the admiration of nearly every professional reviewer for its alert shifts and silky performance up and down the gears. While aptly designed for the open road, the 3.5-liter/six-speed combo feels very comfortable in the city, as well.

Described by virtually all reviewers as offering one of the most comfortable rides available in a contemporary sedan, the 2010 Avalon boasts a front and rear independent suspension with MacPherson struts all around, and front and rear stabilizer bars. The XL rolls on 16-inch alloy wheels, while the XLS and Limited each sport 17-inch alloys.

Most reviewers find the Avalon’s ride smooth and luxurious, with uneven pavement, ruts, and lesser bumps well modulated, especially by the 17-inch all-season tires carrying the XLS and Limited trims. A bit of float over troughs and swells disturbs a few reviewers, but for most, plush beats shudder hands down.

Numerous reviewers agree that if the Avalon has a weakness in its handling characteristics, it’s a bit of lightness in the steering wheel. Additionally, body-lean in tighter corners disturbs some reviewers, while others complain that significant nosedive in simulated panic stops can be a bit disconcerting. Reviewers agree that the Avalon is not for those who crave sheer driving excitement. Stately? Yes. Plush? Somewhat. Rally-ready? Definitely not.

Options for the XL include many of the standard features found on the higher trims, while the XLS can be delivered with available DVD navigation and JBL premium synthesized audio. Optional for the Limited trim are adaptive cruise control and a power, eight-way-adjustable passenger seat.

Somewhat spatially challenged with only 14 cubic feet of trunk space, the Avalon will be hard-pressed to carry the luggage for an extended vacation, but otherwise reviewers are favorably impressed with its easily discernable gauges, simple but effective controls, admirable visibility, and ample head- and legroom. A few reviewers have noted, however, that though the Avalon’s cabin exudes quiet elegance, this same ambiance can be found in some of its less expensive competition, while at least one review notes some disconcerting dashboard rattles in test vehicles.

Both the National Highway Traffic Safety Administration (NHTSA) and the Insurance Institute for Highway Safety (IIHS) recognize the Avalon’s safety advantages, with the NHTSA giving it five stars, its highest score, for front and side impact protection, and four stars for rollover protection. The IIHS also gives the 2010 Avalon its highest rating of Good in front- and side-impact testing.

Owners are hard-pressed to find fault with the 2010 Avalon, but its lightweight steering is one glitch that's mentioned occasionally. Lackluster standard tires and a less-than-top-notch navigation system also are noted among the few owner complaints. Finally, it seems that the Avalon’s staid design is somewhat of a letdown for a number of owners, with the hope being that Toyota will add a bit of styling boost somewhere down the road.

Positive comments, naturally, are numerous and nearly all begin with the Avalon’s ride comfort and acceleration, with fuel efficiency and cabin comfort also remaining near the top the list of praiseworthy items. Details that merit special mention include the convenience of push-button start, multi-level-heated front seats, and its traditionally solid resale value.

Users ranked 2010 Toyota Avalon against other cars which they drove/owned. Each ranking was based on 9 categories. Here is the summary of top rankings.

Have you driven a 2010 Toyota Avalon?
Rank This Car

I brought a used 2010 Avalon limited, with 119k miles. I don't know if it has conventional oil or not. Can I use synthetic or synthetic blend?

Trans Flush Or Drain And Fill

Brought used 2010 toyota avalon, with 100k miles, from dealer. I told them to do trans flush. Car now has 140k miles. I do stop and go driving. Should I get another flush or drain and fill?

When To Change Trans Fluid