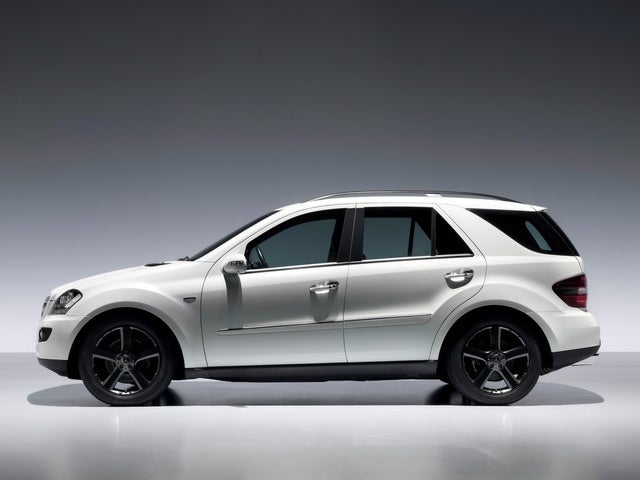 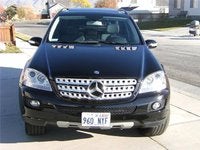 The 2010 Mercedes-Benz M-Class SUV continues to deliver capable performance, an upscale interior, and contemporary Mercedes styling, and well as the overall build quality and driving experience owners have come to expect from the German automaker.

The Mercedes M-Class comes at a high price, when compared to similarly equipped SUVs from competitors, and tends to exhibit some body lean in tight curves, due to its heaviness and elevated center of gravity.

Loyal Mercedes owners remain enamored with the M-Class, giving the SUV good marks for its performance, comfort, handling, and overall driving experience. However, prospective buyers who are willing to settle for an SUV adorned with something other than the Mercedes star can probably find better value and gas mileage in SUVs from competitors such as Lexus and Cadillac.

Following a mid-generation design refresh in 2009, the Mercedes-Benz M-Class midsize SUV remains essentially unchanged for 2010. The M-Class offers a roomy interior with a few new standard features, like Burl Walnut trim and a premium leather four-spoke steering wheel, as well as such safety features as the Pre-Safe occupant-protection system, which automatically repositions the front seats and tightens seat belts to better protect the occupants if it detects an impending collision. In addition, the M-Class now comes standard with front-seat Neck-Pro head restraints, which help reduce whiplash in the event of an accident or sudden stop.

For 2010, the M-Class consists of ML350, ML550, and ML63 AMG trims, each with a different powerplant. Outside, the M-Class displays clean, contemporary lines and a sporty stance. Exterior features for the M-Class include a distinctive front grille, chiseled bumpers, running boards, front foglights, heated power mirrors, and chrome exhaust tips. 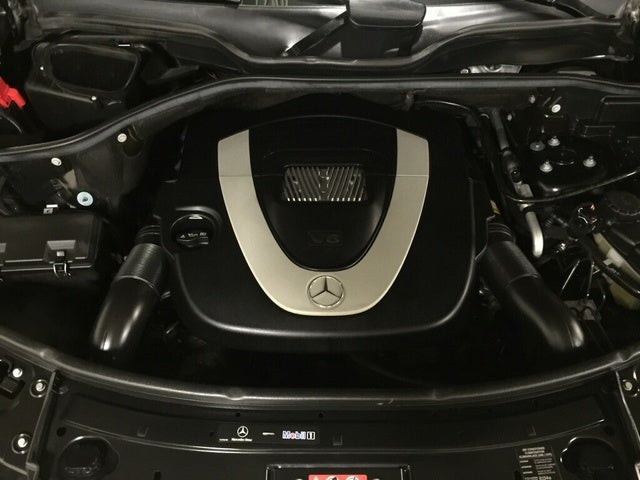 A V6 engine and two V8s drive the M-Class trims. All of the powerplants deliver plenty of power for around-town driving and highway cruising. However, the V6 engine struggles sometimes on inclines, according to owners and reviewers. Prospective buyers who plan to use the M-Class for towing should consider a V8 trim.

The rear-wheel-drive ML350 leads off the trim lineup with a 3.5-liter DOHC V6 engine, which produces 268 hp and 258 lb-ft of torque. The engine features continually variable timing on both the intake and exhaust valves, which helps conserve fuel while ensuring good acceleration off the mark and immediate throttle response at virtually any driving speed. The ML350 jumps out from 0-60 in 7.9 seconds and manages fuel economy numbers of 16/21 mpg.

The V6 and V8 engines in the ML350 and ML550 link to a seven-speed automatic transmission, which adapts its shifting patterns to the driver's style and features two overdrive gears to help conserve fuel at cruising speeds. The V8 in the ML63 AMG mates to a seven-speed AMG 7G-tronic automatic transmission with fingertip shift paddles located on the steering wheel, so drivers can manually shift gears when desired.

The M-Class handles well on straightaways and around town. However, due to its elevated center of gravity, some reviewers note a certain amount of body lean in tight corners. In addition, the M-Class's height and weight affect its overall agility, and the M-Class's steering and braking systems receive mixed marks. Some owners and reviewers like the responsiveness of the M-Class's rack-and-pinion steering, while others find it numb and sometimes heavy under hard turning. Similarly, many reviewers give the M-Class good marks for braking power, while others find the brake pedal too soft for stop-on-a-dime accuracy.

The M-Class rides on an independent double-wishbone suspension with a stabilizer bar in the front and an independent four-arm multilink configuration, also with a stabilizer bar, in the rear. The ML350 and ML550 ride on 19-inch alloy wheels with all-season tires, while the ML63 AMG cruises on 20-inch AMG-designed alloy wheels with high-performance tires.

The M-Class can accommodate five passengers in its comfortable, luxury-oriented cabin. Front passengers will find plenty of legroom and headroom, with good seat support, while the rear seat provides adequate, though not expansive, legroom and headroom. For the most part, the rear seat accommodates three adults comfortably. Passengers will find good fit and finish throughout the cabin.

Standard features for the ML350 and the ML550 include an eight-way power-adjustable driver's seat, a power sunroof, dual-zone climate control, and an eight-speaker audio system with speed-sensitive volume, a 6-CD changer, and an MP3 input jack. MB-Tex leatherette upholstery and burl walnut trim on the console and doors give the cabins an upscale feel.

The ML350 and ML550 also come equipped with an updated version of Mercedes' COMAND Cockpit Management and Data system, which drivers can use to control the audio, climate, and optional Bluetooth and navigation systems. The available navigation system includes a 6.5-inch color screen, GPS technology, a 40-gigabyte hard drive, and Zagat reviews. Other options for 2010 include leather upholstery, heated front seats, a rear-view camera, and a power liftgate.

Overall, the M-Class gets good safety marks. The NHTSA gave the 2010 M-Class five stars out of five for protecting occupants during a frontal or side-impact crash. The SUV also received four stars out of five in rollover tests. The IIHS gave the M-Class its top score of Good for keeping passengers safe in front, side, and rear crashes.

A four-wheel electronic traction system, which comes standard on all M-Class trims, sends torque to the wheels with the most traction in slippery road conditions to ensure optimal grip and stability. Standard safety features also include an electronic stability program and antilock brakes with brake assist. A full range of airbags, including front and rear side-curtain window airbags, also comes standard.

M-Class SUVs generally receive very good marks from owners, especially long-term Mercedes owners, who appreciate the unique driving experience only the German automaker can deliver. The M-Class offers a car-like ride, a departure from previous generations of the SUV, which drove more like a truck, according to some owners. Overall, owners like the solid feel and engineering of the M-Class. However, some reviewers question the value of the M-Class, noting that a number of competitive SUVS, such as those from Lexus and Cadillac, offer features similar to the M-Class's with better gas mileage and at a lower price.

What's your take on the 2010 Mercedes-Benz M-Class?

Users ranked 2010 Mercedes-Benz M-Class against other cars which they drove/owned. Each ranking was based on 9 categories. Here is the summary of top rankings.

Have you driven a 2010 Mercedes-Benz M-Class?
Rank This Car

My ML 63 Gave An Error Message After Parking, And Would Not Start

I drove and parked my car but saw an error message advising that the car be immediately be driven to a service center. Tried to start, but the car would not start

Hi all; I have a 2010 Mercedes ML350 Bluetec Diesel which I acquired about 6 months ago and so love it. My engine warning light came on about a month ago and I took it to a mechanic I've just starte...

Key Does Not Activate The Ignion

I have a 2010 ml 63 AMG. The key opens all doors. When I put the key into the ignition nothing happens. I can turn the key but no idiot lights car doesn't start it's dead normally the easy entry kic...