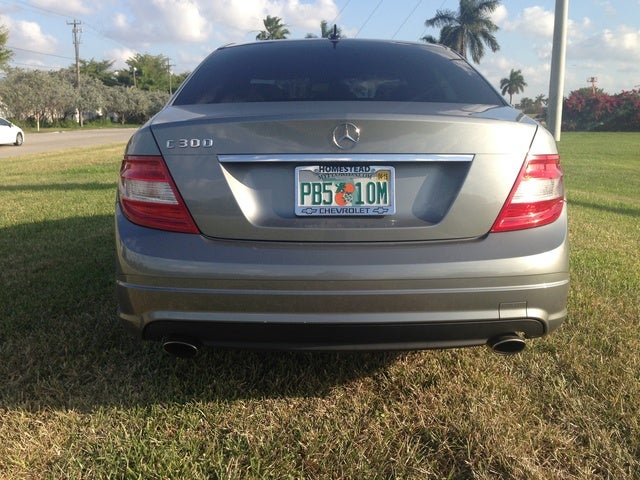 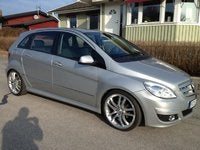 Mercedes-Benz introduced its entry-level B-Class compact car to the world in 2005, with the intent to bring the five-passenger vehicle to U.S. buyers shortly thereafter. But a funny thing happened on the way to dealers' showrooms. Due to unfavorable exchange rates, Mercedes-Benz decided to hold off on U.S. sales until the situation improved and the time was right. Apparently, that time will soon come.

Tentative plans call for Mercedes to bring gasoline-powered B-Class trims to U.S. showrooms by 2011. As the entry-level vehicle in the automaker's lineup, the B-Class no doubt will be priced under the C-Class, with the intent to make it competitive with such vehicles as BMW's 1 Series and Audi's A3.

Although the automaker has not yet specified the exact trim lineup for the U.S. market, it more than likely will resemble the lineup of B-Class trims currently available in Canada, which includes the B200, powered by a 134-hp four-cylinder engine mated to a five-speed manual transmission, and the B200 Turbo, which gets a turbocharged version of the four-cylinder, making 193 hp when linked to a six-speed manual transmission. Sedan and possibly hatchback versions should be available.

Mercedes reportedly also plans to eventually offer an AMG trim, with unique features created by the automaker's in-house sport tuner. More than likely the AMG B-Class trim will come equipped with a sport-tuned version of the four-cylinder engine driving the other trims. Expect the AMG version to also include such features as unique AMG brakes, suspension, and wheels, as well as upgraded interior components, including AMG instrument gauges and seats.

In addition, the automaker will bring a small number of its alternative-energy B-Class F-Cell vehicles to the U.S. sometime in 2010. Driven by a fuel cell and electric motor rather than a traditional gas internal-combustion powerplant, the F-Cell runs on hydrogen, which the powerplant converts into electricity and water vapor. The electricity powers a 134-hp electric motor, which drives the wheels, and recharges a battery pack located under the rear cargo area. The automaker plans to lease rather than sell the F-Cell vehicles, primarily to drivers in California and Washington, D.C.

The B-Class displays a unique exterior design, though with the distinct look of a Mercedes with a sporty flair. The hood rises sharply from the silver radiator grille up front and melds seamlessly with the windshield and roofline, creating one clean line. Large air intakes below the grille and angled headlights help broaden the design and add a bold element. Flared wheel arches, horizontally split taillights, and exterior chrome help complete the look. Typically, the B-Class rides on 16- or 17-inch alloy wheels, depending on the trim level.

Inside, typical features found in B-Class trims available in Canada and Europe include premium cloth upholstery, 60/40 split-folding rear seats, a multifunction steering wheel, an assisted steering system, air conditioning, and a six-speaker audio system with a 6-CD changer and Bluetooth. Leather seating should also come standard on some trims, while options will include a panoramic sunroof. A full range of airbags and such safety equipment as electronic stability control should also be on board.

What's your take on the 2010 Mercedes-Benz B-Class?

Have you driven a 2010 Mercedes-Benz B-Class?
Rank This Car