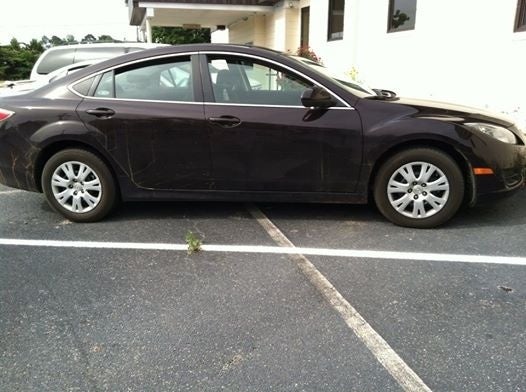 The 2010 Mazda MAZDA6 offers class-leading handling, space, and engine performance from its V6, not to mention styling that has been almost universally praised.

Noise plagues the 2010 MAZDA6 with either engine and from the 18-inch tires and from wind rush around the mirrors in some instances. 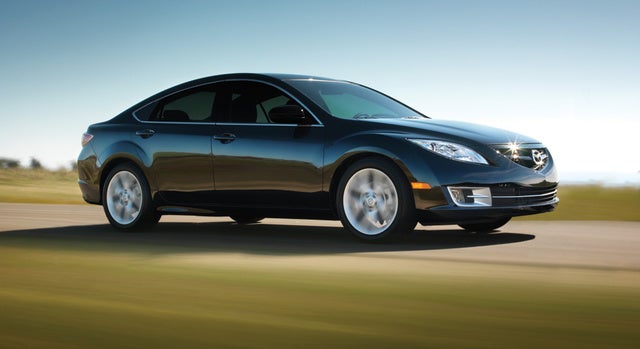 More than one reviewer has named the 2010 Mazda MAZDA6 a best buy, as well as a leader in the midsize sedan category. Surpassing 1 million units sold in record time for Mazda, it seems to offer everything that could be wanted in its class, with style not usually seen. Options rule the roost here, and they’re plentiful, so study hard and choose accordingly.

The 2010 MAZDA6 is available in SV, Sport, Touring, Touring Plus, and Grand Touring trim levels, with Touring Plus being a new addition for this year. Trims for this four-door, midsize, front-wheel-drive (FWD) sedan are separated by “i” and “s” prefixes, which designate the 170-hp, 2.5-liter four-cylinder or the 272-hp, 3.7-liter V6 engine, respectively. While the 2.5-liter engine is available with a six-speed manual or five-speed automatic transmission depending on trim, the 3.6-liter engine comes mated solely to a six-speed automatic, with both automatic transmissions offering manual-shift capability. 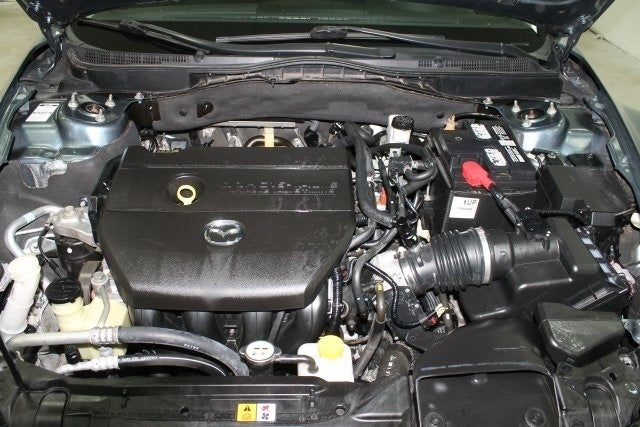 The 170 hp put out by the 2.5-liter engine seem more than enough in almost all circumstances, only coming up wanting when fully loaded and climbing uphill. This effort will bring out an unpleasant whine that is not present otherwise.

The additional 102 hp in the 3.7-liter V6 more than compensates, improving on what was already a nimble engine. There are also an additional 102 lb-ft of torque in the 3.7 over the 2.5’s 167, providing strong and accessible power throughout the rev range.

SV, Sport, and Touring trims have the option of a six-speed manual transmission or a five-speed shiftable automatic, while four-cylinder versions of the Touring Plus and Grand Touring are confined to the five-speed. All V6s however, are paired with the six-speed automatic, also shiftable. Four-cylinder MAZDA6 trims paired with the six-speed manual have been estimated by the EPA to get 20/29 mpg, while the five-speed automatic improves on those figures for 21/30. The V6 and six-speed automatic combination still manages 17/25, despite a large power increase, and all MAZDA6 trims run on regular-grade gasoline.

While the handling and responsiveness of the MAZDA6 exceed class averages, with its crisp steering and well-contained lean and roll, the suspension has been noted by testers as being overly stiff. Small road inconsistencies reverberate regardless of trim, although not disturbingly. Strangely, the Touring trims seem the worst offenders of the lineup.

The cabin is one of the better aspects of the MAZDA6, and sadly one of the most underrated. Seats are comfortable and supportive, providing good positioning for driving, for visibility, and for merely acting as a passenger. There’s substantial room front and back, even for three adults in the rear. A tilt and telescoping steering wheel, standard for all trims, offers even greater adjustability for the driver.

Interior materials are of high quality, fit, and finish, surpassing competitors strongly. An excess of soft surfaces is a small touch that makes a big difference in overall perception, along with gloss black and metal trim, which simultaneously adds class and a sporty feel. All gauges are large and easy to read, due both to design and placement, and the navigation system has a large touch-screen that fully absorbs audio functions – much to the chagrin of some.

The MAZDA6 has earned a five-star rating in all NHTSA tests, due both to structural design and safety features such as six standard airbags, antilock four-wheel disc brakes, and an anti-skid system that are standard for all trims. Grand Touring trims with the V6 also get a blind-spot alert system that some testers have complained is too sensitive, although deactivation is a button push away.

Owners love the space, handling, and performance of the 2010 MAZDA6, with the only complaints coming from excessive noise in some instances and some qualms about gauge design.

Have you driven a 2010 Mazda MAZDA6?
Rank This Car

Repair Of Horn And Battery

car horn blows intermittently .batter which is new discharges .my daughters car. what should i look at?

How Can Mazda Get Away With Rust Problems

My dead battery issue has been an on going problem since I bought the car 2 years ago. The battery and charging system has been checked twice, and all check out. It can go months without an issue,...

How do I reset the Anti-theft lockout?

Do Cargurus Deliver A Used Car To Your House If You Buy One?