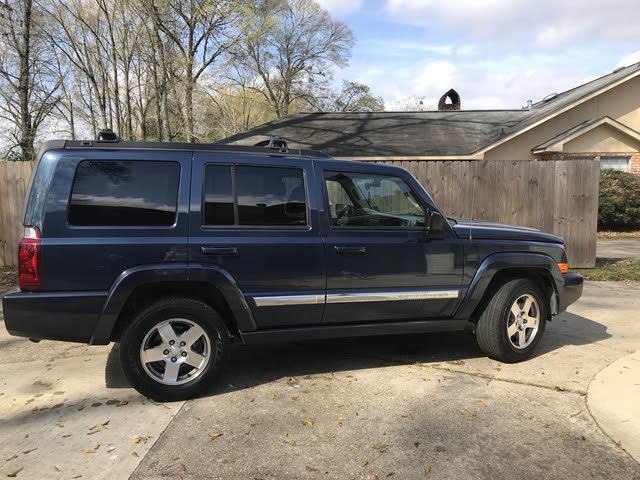 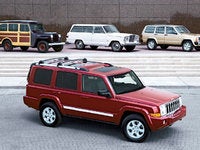 The 2010 Jeep Commander offers a car-like ride with lots of room for front passengers and rear cargo.

A lack of power in the V6 and a lack of efficiency in both engines seriously cripple the 2010 Commander.

The 2010 Jeep Commander looks suspiciously like Cherokees of old, and seems to have some of the same pitfalls. It seems Jeep recognizes this too, as its life cycle is slated to end in 2011, according to the new Daimler-Fiat five-year plan. It’s probably best to pass on this largest of Jeep SUVs.

When Jeep came out with the current generation of Grand Cherokee, it was apparently worried that enthusiasts would miss the old version, so in 2006 they introduced the Commander, another midsize SUV offering, mimicking the previous-generation Grand Cherokee in a slightly stretched variation.

This seven-passenger midsize SUV offers stadium seating, three moonroofs, the option of a V6 or a V8, and rear- (RWD) or all-wheel drive (AWD). Both trims, Limited and Sport, come standard with a five-speed automatic transmission. The Overland trim as well as the 4.7-liter V8 have been discontinued. 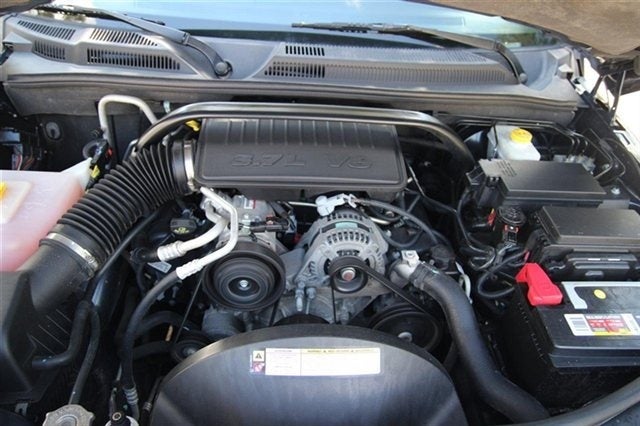 Standard in all Sport trims is a 210-hp, 3.7-liter V6. AWD versions have the option of a low-range gear for off-road work. While the V6 offers enough power from a stop and around town, at speed it feels taxed, struggling to keep up during passing and climbing. It’s a refined engine, however, with a muted tone even when struggling.

Optional for the Sport and standard on the Limited is a 5.7-liter V8, a 357-hp Hemi utilizing Chrysler's Multi Displacement System cylinder deactivation. Despite this, both engines offer dismal fuel efficiency, only 14/19 mpg for the 3.7 and 13/19 for the 5.7. Both engines pick up 1 mpg around town and on the highway with RWD, but this hardly bumps up the numbers to a respectable scale. Chrysler recommends 87-octane gasoline for the 3.7 and 89 for the 5.7, hurting the larger engine’s record even more.

With Jeep’s new efforts to improve on-road performance as well as off-road capability, the Commander follows the Grand Cherokee’s lead, with which it shares a platform. Much to the chagrin of off-road enthusiasts, the Commander and Grand Cherokee alike come with independent double wishbone front suspensions, providing a more car-like response on pavement and better reaction to rippled and pocked roads, but axle articulation that fails to live up to the previous live-axle suspension's.

The Commander's extra weight and size are definitely noticeable, requiring an extra decrease in speed for turns, although braking is more than adequate. Its tall, flat sides contribute to lean and wind susceptibility.

The Commander's seating is terrible. All seats have flat, firm bottoms that preclude comfort on long trips, legroom is severely lacking in the second row, and the third row is a laughable attempt at additional occupancy, suitable only for children at best. The stadium seating does provide a wealth of headroom, but coupled with the immense rear roof pillars, it obscures rearward vision almost entirely.

Controls are generally well-placed and easy to read, although some have complained about too-small markings that prevent easy comprehension, something that would most likely be alleviated after overcoming initial unfamiliarity. The optional navigation system has been well-received overall, but complicates what should be simple audio adjustments. Interior materials at least have been applied appropriately, achieving a pleasant blend of a rugged atmosphere with a touch of luxury, especially with the added trim and leather in the Limited.

The Commander’s dual front, front-side, and curtain-side airbags contribute to a five-star safety rating in frontal collision tests from the NHTSA. However, a worrisome three-star rating in rollover tests persists in 2010. Additional safety features include antilock four-wheel disc brakes with brake assist, an anti-skid system, and a rear obstacle-detection system.

Many things receive compliments in the Commander – its stadium seating, refined engines, and car-like handling. Unfortunately, these also reveal the major complaints about the Commander, with uncomfortable seats, inefficient engines, and a lack of off-road chops marring reputation. While the interior design has generally been well-received, small complaints like indistinct markings and an overly complicated navigation system plague even that positive.

What's your take on the 2010 Jeep Commander?

Exponent9 A fool and their money are soon parted.

Have you driven a 2010 Jeep Commander?
Rank This Car

Temperature Gauge Is Fluctuating But Not Over Heating.

My jeep was starting just fine and I get him started and when I turn the ignition switch all the lights are on on the dash but the radio goes out and it doesn’t make any click or nothing there’s no...

How Do You Flush Transmission Fluid On 2010 Jeep Commander With Plug Statin...

My 2010 Commander has a plug and no dipstick for trans flush and fill. How do you do it?

My husband was checking out our vehicle and noticed there is an electrical plug coming from the motor. Does anyone know what it’s for? It’s not plugged into anything.