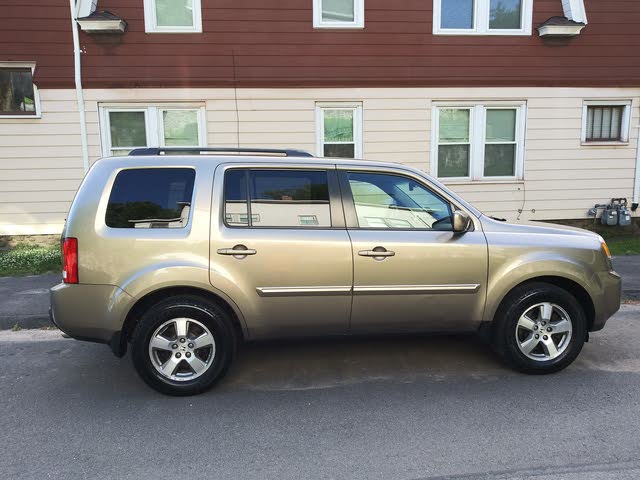 The 2010 Honda Pilot is a competent, comfortable crossover, offering relaxed handling, pronounced cargo space, and slight off-road capability. Visual differences aside, it has been a success both critically and financially, and Honda has continued to improve the model over the sparse time it’s been in production. Still, a vehicle boasting an improved fuel efficiency of 16/22 mpg seems a bit archaic these days, and one can only assume those numbers will continue to climb in ensuing years.

Voted Car and Driver’s Best Large SUV six years in a row, the Pilot has been doing crossover duty at Honda since 2002, the year it replaced the Passport. With four trim levels - LX, EX, EX-L, and Touring - the Pilot seats eight in three rows and comes in front-wheel-drive (FWD) and all-wheel-drive (AWD) configurations, the latter of which have a selective locking center differential that can engage a 50/50 power distribution to the front and rear axles. 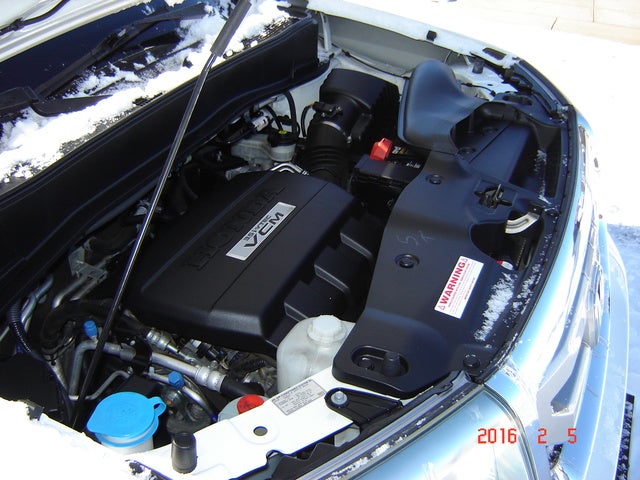 A 3.5-liter V6 engine is the sole Pilot offering, along with a five-speed automatic transmission. Producing 250 hp and 253 lb-ft of torque, maximum towing capacities for the FWD and AWD trims are 3,500 and 4,500 pounds, respectively, with the AWD trim’s locking center differential. The 3.5-liter offers adequate power in all situations, although decisive use of the throttle is necessary to avoid occasional gear hunting on the part of the transmission. Still, this is a refined engine that manages 17/23 mpg on regular gasoline in FWD form and 16/22 in AWD, thanks in part to Honda's Variable Cylinder Management cylinder deactivation. This engine also avoids the harshness of some of Honda’s smaller engines; engine noise never manages to intrude obnoxiously into the cabin.

While the Pilot provides a comfortable, car-like ride due to its crossover construction, its weight and size do contribute to some wallow and lean, although not disturbing amounts of either. Most road inconsistencies are absorbed with little fuss or frustration, although larger bumps do reverberate through the chassis.

This version of the Pilot features the greatest high-strength steel content of any Honda to date, resulting in both increased safety in a collision and increased utility for off-road applications. A MacPherson strut front and multi-link rear suspension offers road-handling maneuverability and even slight off-road competence, but the AWD system is better suited to inclement weather conditions on the road, where the FWD trims can find themselves overwhelmed.

A quirky on-dash gear selector draws differing opinions, but it’s the Pilot's materials that really disappoint, with hard and sometimes ill-fitting plastics having a domineering presence. Gauges are well-placed, with those directly in front of the driver receiving a mecha-inspired design. Special note is given to the navigation system that's simply a navigation system, without the need for taking over stereo or climate controls. Second- and third-row 60/40-split bench seats offer seating for adults in all three rows, although comfort levels drop as you move further back.

The EX upgrades on the LX’s air conditioning and CD player with tri-zone automatic climate controls and a 6-CD, satellite-ready stereo and MP3 player, with a digital media connection. The EX also offers an 8-way power driver’s bucket, heated power mirrors, and alloy wheels, among other upgrades. The EX-L adds leather upholstery, a sunroof, and a rearview camera, while the top-tier Touring trim gets buyers a navigation system, memory system, iPod adapter and Bluetooth, a power liftgate, and a trailer wiring harness, standard.

Safety features for all trims include standard antilock four-wheel disc brakes with brake assist, an anti-skid system, traction control, dual front, front-side, and curtain-side airbags, daytime running lights, and a tire pressure monitor. The NHTSA has awarded the Pilot five stars in all tests excepting rollover, in which the Pilot earned four stars.

Although complaints have been heard regarding its high hood and the retro dash-mounted gear selector, overall the Pilot continues its success, before and after the 2009 redesign. Attention paid to interior materials would benefit the vehicle greatly, both in perceived and actual value, not to mention ditching the steel wheels that come standard on the EX, if the persistent complaints and suggestions from owners can be believed.

Users ranked 2010 Honda Pilot against other cars which they drove/owned. Each ranking was based on 9 categories. Here is the summary of top rankings.

Have you driven a 2010 Honda Pilot?
Rank This Car

My 2010 Honda pilot died on the freeway towed it home and replaced the battery, alternator, and starter. When I try to start it it just makes clicking sounds and flashing lights. Now a few lights c...

Try To Check Out These Codes On My Tester

I Need A Code For My Radio

I need a code for my radio and I have no manual when I bought the Honda Pilot touring.

Why My Honda Pilot Wont Turn On After Maintenance?

Hello, my Honda Pilot was going for maintenance but after EVERYTHING was cleaned up and fixed ( an oil leak, a leak in the power steering and a new alternator) the suv won't turn on. It has the da...

I replaced the battery in my 2010 pilot and I went to set the clock and it is asking for a code. What would the code be