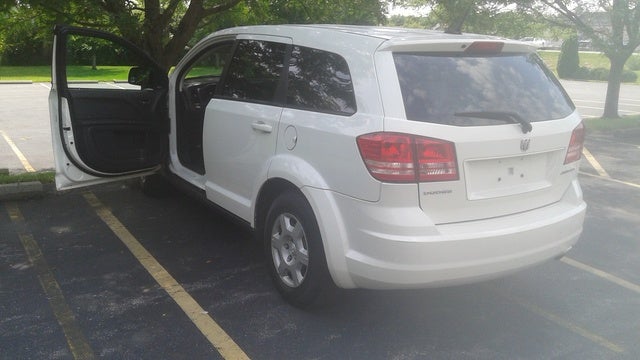 Immensely affordable, easy to drive, extremely safe, and loaded with innovative interior storage and available technology, the 2010 Dodge Journey is a functional and fun family crossover.

The 2010 Dodge Journey gives you more than enough room for family, friends, and all their gear at a generous price. This crossover may have some tame exterior lines, but inside it’s full of unique surprises, the ride is comfortable, and the options are plentiful.

The 2010 Dodge Journey is designed to move people rather than tow heavy loads, but this crossover offers copious and creative interior storage, a full range of optional technologies, available all-wheel drive, potential seating for seven, and a comfortable car-like ride, all at a price that undercuts most in its class.

The Journey was introduced in 2009 and includes few changes this year. It comes in three trim levels – base SE, SXT, and R/T. The SE is powered by a 2.4-liter four-cylinder, while the SXT and R/T come with a 3.5-liter V6, firmer suspensions, and optional AWD.

There is little flash to the Journey’s look, but the stout design is far from ugly, and the vehicle’s back end may draw some second looks on the road. You won’t save any money at the gas pumps with the Journey, but that’s no surprise for a crossover, and the Journey delivers what you’d expect – a relaxed ride and plenty of room. 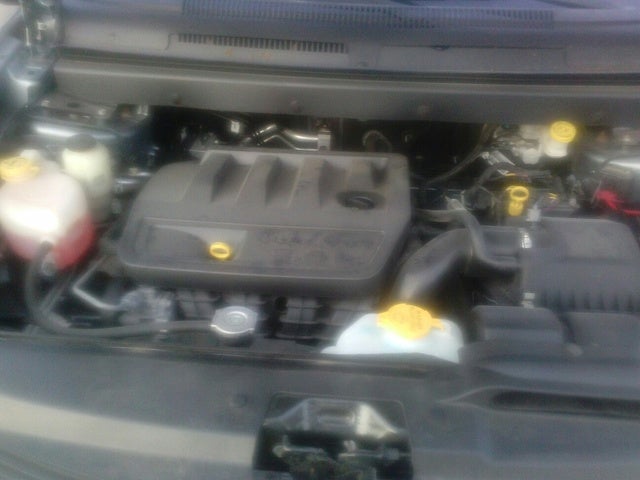 Most reviewers and owners feel the base SE is a tad underpowered with its 2.4-liter, 173-horsepower I4 engine mated to a four-speed automatic transmission. But if you’re using the Journey for basic around-town driving and not filling it to the brim with passengers, luggage, or equipment, the I4 will provide enough pep and pay some dividends at the gas station, as it gets 19 city/25 highway mpg. The well-liked 3.5-liter V6 (235 horsepower, 232 lb-ft of torque) is paired with a six-speed automatic transmission and gets 16 city/23 highway with front-wheel drive and a nearly identical 15/23 with all-wheel drive (AWD).

Not surprisingly, the SE has a maximum towing capacity of only 1,000 pounds, while the SXT and R/T trims, both FWD and AWD versions, can tow up to 3,500 pounds. FWD models come with a 20.5-gallon fuel tank, while AWD Journeys have a 21.1-gallon tank.

The Journey is pleasant to drive, just like a good crossover should be. The V6 engine has plenty of juice to pass or merge at any speed, while the I4 is really better suited for urban driving. Transmission reviews vary, with some finding consistent shifting and others feeling that the transmissions (especially the four-speed) awkwardly hunt for gears. The steering is responsive, and the Journey has little lean or roll in corners for an SUV of its size. The brakes are consistent and give a reliably straight stop, though the pedal feel is a bit soft.

The SE model, with its smaller wheels and softer suspension, tends to float over major road imperfections, but it handles most road flaws with ease, and the SXT and R/T trims, with their sportier suspensions, handle those flaws with even more grace. You may not notice it if the Journey is full of passengers, but it is universally praised as one of the quietest vehicles in this class, regardless of the road type or speed.

The front seats provide plenty of support, legroom, and headroom to make long trips comfortable. The common-sense layout of controls and the plethora of storage cubbies add to that comfort. The second row is also travel-friendly, though the optional third-row seating is best suited for children. Seven passengers are possible, but not optimal.

The Journey is not a premier off-road SUV, but with the AWD option it can tackle the obstacles of most dirt roads and inclement weather conditions.

You will never lack interior nooks and cubbies in the Journey, which has 15 storage bins. The most unique stash spots are the removable underfloor “Chill Zone” bins in the second row that can hold a dozen 12-ounce cans. If you have more than a dozen drinks to keep cool, the upper half of the double-decker glove box can be cooled as well. There’s also a covered dashboard bin, hidden storage under the passenger seat, a deep storage tray tucked into the rear floor, and cupholders galore. The front passenger seat, second row, and third row all fold flat to create versatile cargo space.

Standard technologies for the various trims tend toward the minimal – base SE highlights include a 6-CD stereo, four power outlets, and remote entry; the SXT adds a trip computer, power driver’s seat, and one-year of Sirius Radio; and the R/T adds heated front seats, premium Infinity speakers, and remote start. But if you want more gadgets, they are available – including a navigation system, 30GB music hard drive, back-up camera, Bluetooth, and integrated booster seats for the second row.

The downside of the Journey’s interior are the materials. Too many hard plastics and some less-than-pristine construction have led some to describe the cabin as feeling cheap, or at least on the low end for a vehicle in this class.

Safety is a priority for the Journey and its family-oriented sensibilities. All Journeys come with six standard airbags (advanced multistage frontal and supplemental side seat-mounted for driver and passenger, and side-curtain for all three rows), traction control, an electronic stability program, and four-wheel antilock brakes. Strategically placed crush zones, steel beams, and knee blockers add to the Journey’s safety.

The Journey earned perfect marks in NHSTA crash tests, getting five stars in all four categories – frontal driver, frontal passenger, side driver, and side rear passenger. It got four stars for the rollover rating.

Owners love all the features their Journeys come with at a low price, especially the storage bins and cubbies and safety features. No one is raving about the engine’s power, but most have found that it provides enough for any normal situation. Those who drove 2009 AWD Journeys (identical powertrain and performance features as the 2010's) in winter conditions report that it handles extremely well.

The most common negative was that the Journey is not exceptional in any regard, but even those complaints were tempered by the price, which shouldn’t prompt buyers to expect dazzling. Some were unhappy with slow transmission shifts, and there were also some complaints about immediate mechanical problems, but that can happen with any vehicle.

Have you driven a 2010 Dodge Journey?
Rank This Car

2010 Dodge Journey Sxt 3.6L Will Not Run When Warm Not Overheating

Vehicle Will Not Start, Replaced Starter And Alternator?

having an issue with my truck, every now and then I will come out and go to start my truck and it will not start? I will wait 10-30 minutes try again and it will start up? I replaced the starter and...

Why Does My Vehicle Start Then Stall?

Battery Draining If Car Sits A Few Days Without Being Started

New battery , no lights or switches left on but battery continues to drain , charging system is good also