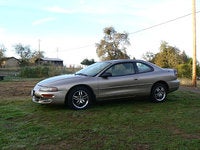 The 2010 Dodge Avenger stands out from the conformist midsize class with an assertive style, unique technologies, and a comfortable ride at a nice price.

The 2010 Avenger's interior materials and construction, cargo space, and handling don’t match up with others in its class.

The hard-charging lines, wide range of options, smooth ride, and outstanding safety scores make the 2010 Dodge Avenger an intriguing midsize option for toting families or tackling commutes. Some of its rivals may boast a more luxurious interior and a sportier ride, but they don’t stand out from the crowd like the Avenger.

With its bulging shoulders, rakish back fender creases, and general feeling of aggressive confidence, the 2010 Dodge Avenger carries itself with a distinctly American flair and offers buyers a hard-hitting choice in the often bland midsize class.

The Avenger is basically unchanged for 2010, although it drops from three to two trim levels – the SXT and the R/T. Both come standard with a 2.4-liter four-cylinder, though a 3.5-liter V6 is an option for the R/T. The R/T also features upgrades for the sound system, seating, wheels, and tires and a few other interior treats.

Critics aren’t crazy about the Avenger’s performance, but this is more of an around-town vehicle with room for a family and the comforts and style to make a daily commute a bit more enjoyable. The Avenger also has strong safety scores, can be had for a very reasonable price, and offers some unique and fun technological options. 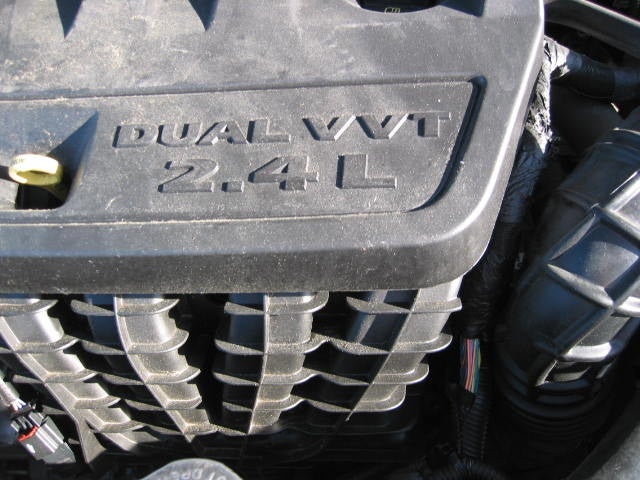 The four-cylinder is effective for most driving situations, and its fuel efficiency is on par with its competitors. But some reviewers have found it sluggish when passing or merging at top speeds or when it’s carrying a particularly heavy load in the trunk. There are also some complaints about clunky shifts from the four-speed automatic transmission.

The V6, naturally, provides all the power that critics feel is lacking in the four-cylinder. And the AutoStick transmission is both smooth and versatile, giving drivers the freedom of a manual with the ease of an automatic.

With its four-wheel independent suspension (MacPherson struts in front and independent multilink rear suspension with an isolated cross-member), the Avenger provides a comfortable ride. The SXT doesn’t even try for sporty, but the R/T certainly moves in that direction. Not only does the R/T offer the 235-horsepower V6, but it also has an available sport-tuned suspension and standard Electronic Stability Control with traction control.

The Avenger uses electric steering, which is becoming more common in the midsize class, but gets mixed reviews here. Some feel it inspires confidence with an even feel and no loose moments. Others find it has an artificial feel. The SXT trim comes with 16-inch steel wheels and all-season tires, while the R/T has 17-inch aluminum wheels with all-season tires.

The controls and gauges in the Avenger are easy to read and convenient to use. Wind noise is minimal, even at highway speeds, but the Avenger does suffer from some squeaks when navigating nasty road surfaces. The front and rear seats offer copious amounts of headroom and legroom, with enough space for two 6-plus-foot adults to sit one behind the other. The Avenger can feel cramped in terms of width, however, especially in the rear seats, where three adults would likely have shoulder pressed into shoulder.

The Avenger has some innovative interior touches that charm owners and critics alike. First among these is the “Chill Zone,” a beverage cooler located above the glovebox that keeps up to four 12-ounce cans icy cold. Another highlight is the available UConnect system, which operates as the hub of the R/T’s information and entertainment. The system features turn-by-turn navigation, a 30GB music hard drive, WiFi capability, and Bluetooth, which is also available on the SXT trim.

The R/T comes standard with a 6-CD, six-speaker stereo with steering-wheel-mounted audio controls and one year of SIRIUS radio service, heated front seats, an eight-way power driver’s seat, and a fold-flat passenger seat for added storage. The SXT has a four-speaker, CD/MP3 stereo with one year of Sirius and a height-adjustable driver’s seat. Both trims come with air conditioning and full power accessories.

The Avenger may have exciting interior features, but that excitement fades for some because of the lackluster materials and build quality. Too many hard plastic surfaces and loose fits lead to complaints from most reviewers. The cargo space doesn’t match up to many in the class either, with just 13 cubic feet of space in the trunk. The 60/40-split rear seat and the fold-flat passenger seat do provide cargo versatility.

The Insurance Institute for Highway Safety gave the Avenger the highest possible score in both front- and side-impact testing and named the Avenger a “Top Safety Pick.” The Avenger also receives five stars from the federal government in frontal-impact crash testing.

Sightlines are a concern, as thick roof pillars and no rear quarter window can limit vision in certain situations.

Before being scared away by some of the negative professional reviews you may find on the Avenger, check out the owner reviews, even going back to 2009, since the 2010 Avenger is very similar. Owners love this car.

They rave about its value, style, and all the amenities available at a low price. And a surprising number really enjoy its performance, even though many professionals did not, perhaps speaking to the practical handling of the Avenger that doesn’t cross the line into sports car, but is fun nonetheless.

Complaints center around the interior controls, which one owner says feel like “a toy,” meaning they were loose and felt like they might break off if used with too much force. Some also complain about initial quality and value dropping as soon as the vehicle leaves the lot, but those complaints can be made about almost any vehicle.

Have you driven a 2010 Dodge Avenger?
Rank This Car

Horn Does Not Work..need To Change Fuse

No Start No Crack And No Power From Battery

Hello my 2010 avenger battery died when i was leaving work i tried to start and no start no crack and no power from battery. I left for work at 5 am car started fine then went on lunch break at 12p...

So this might be kind of long but I want to start from the beginning and give as many details as possible because I am about ready to push this car over a cliff. I purchased this car used (cash) ...

Car won't turn over and the battery is fully charge

What's Wrong With My Vehicle?

My alternator was Replaced about 6 months ago. I was driving my vehicle Tuesday and the battery light came on and the radio began to flick on and off. I pulled over to the side of the road and put my ...