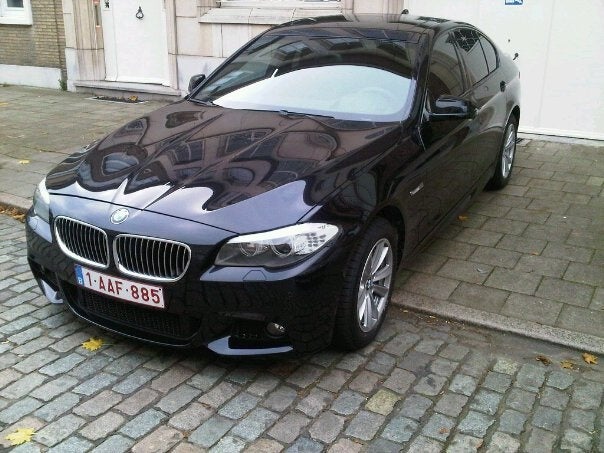 The 2010 BMW 5 Series sedans and wagon continue to deliver a solid, sporty driving experience, enhanced by precise handling, good road feel, a comfortable interior, and a trio of powerful yet fuel-efficient powerplants.

Some 5 Series owners have noted reliability and build-quality issues with individual cars, and taller owners may find it tricky to climb into and out of the vehicle due to the design of the doors.

Entering the final year of its current design, the BMW 5 Series doesn't change much for 2010, but it still delivers plenty of upscale and high-performance features for owners who seek a sporty yet practical sedan or wagon for everyday driving. BMW has perfected the concept of the sport sedan, and the automaker continues to fine-tune the 5 Series's many high-end components. Some owners knock the 5 Series's high cost and overall value, but most are pleased with what they receive for their hard-earned money.

With an anticipated next-generation BMW 5 Series scheduled to roll out sometime next year, the current version changes little for 2010. The automaker updated the 5 Series's iDrive controller system, which has received mixed reviews from owners in past years for its complicated operation. In addition, BMW offers an optional M Sport Package for the 2010 5 Series, which includes such features as multi-contour seats, leather upholstery, interior wood trim, a sport suspension, and aerodynamic exterior enhancements.

BMW also plans to introduce a new 5 Series Gran Turismo (GT) hatchback trim later in 2009, which will serve as a precursor to the next-generation 5 Series. The GT will have a longer wheelbase than the current 5 Series sedans, a coupe-like roofline, a rear liftgate, and an upscale interior with standard Dakota leather upholstery and Dark Burl Ash wood trim.

Other than the new GT, the 5 Series lineup remains unchanged for 2010 and includes the 528i, the 528xi, the 535i, the 535xi, and the 550i sedans, as well as the 535xi Wagon. Available engines include inline six-cylinder powerplants for the 528i/xi and 535i/xi/Wagon, and a 4.8-liter V8 for the 550i. The engines link to either a six-speed manual transmission or a six-speed automatic transmission. Drivers have a choice of a rear-wheel-drive configuration or BMW's xDrive all-wheel-drive system. 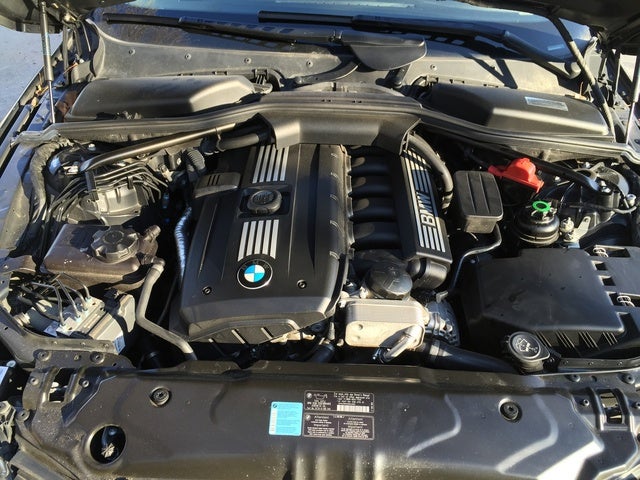 The 5 Series 528i/ix and 535i/ix/Wagon both utilize the same 3.0-liter inline six-cylinder engine, which generates 230 hp and 200 lb-ft of torque in the 528. The 535 receives a twin-turbocharged version of the V6, which boosts horsepower to 300 and torque to 300 lb-ft. By using two small turbochargers instead of one large one, BMW reduces turbo lag and improves the engine's fuel efficiency, according to the automaker.

Stepping up a notch, the 550i retains its beefy 4.8-liter V8, which produces 360 hp and 360 lb-ft of torque. It links to the same transmissions as the other 5 Series trims. With the six-speed manual transmission, the V8 manages fuel economy numbers of 15/22 mpg, which rise slightly to 15/23 with the six-speed automatic. The big V8 pushes the 550i from 0-60 mph in just 5.5 seconds with the manual and 5.6 seconds with the automatic.

The 528ix, 535ix, and 535ix Wagon come equipped with BMW's xDrive all-wheel-drive system, which distributes the majority of torque to the rear wheels under normal driving situations. However, in slick road conditions or when it detects wheel slippage, the system sends power to the wheel or wheels with the best grip within milliseconds, and continues to shift torque to ensure optimal traction and handling in all road conditions.

When it debuts, the 2010 5 Series Grand Turismo will come equipped with a powerful 4.4-liter, 400-hp V8 twin-turbo engine, capable of driving the GT from 0-60 mph in only 5.4 seconds. The engine will link to an eight-speed automatic transmission, which will become standard equipment in the next-generation 5 Series.

The BMW 5 Series has long had a well-deserved reputation for its impressive sport-oriented handling, and the 2010 5 Series continues that tradition. The suspension features a double-pivot design in the front and a four-link configuration in the rear, with front and rear anti-roll bars, which help keep the the 5 Series firmly planted under aggressive acceleration and in tight turns. Speed-sensitive, variable-ratio Servotronic steering, which comes standard, helps ensure tight handling and good control.

Owners can add Active Steering, which adjusts the steering ratio based on the car's speed. Although BMW designed the system to improve low-speed maneuverability, it has received mixed reviews from owners and automotive journalists. An available Sport Package adds a sport suspension with Active Roll Stabilization, which helps actively make adjustments to the suspension to reduce body roll under hard cornering.

Overall, the 5 Series's handling, braking, and steering receive top marks from owners and reviewers, although some consider the entry-level 528i/ix somewhat underpowered with its six-cylinder engine. However, the 535 and 550 trims deliver strong performance. Adults will find plenty of room and reasonable comfort in the rear seat, while the front seats deliver optimal support for the driver and passenger, ensuring comfort over long distances. Open storage compartments in all doors, dual center front console compartments, and front seatback pockets are among the interior storage spaces. All trims ride on 17-inch wheels, while the Sport Package adds 18-inch light-alloy wheels with run-flat performance tires.

Inside, the BMW 5 Series comes equipped with a number of features common to BMW sedans, including the iDrive turn-and-push vehicle control dial, which BMW updated for 2010 to improve ease of use. Located on the center console, the iDrive system enables drivers to manage the climate control, audio, navigation, and communications systems. Interior fit and finish remain the highest quality, and the fit and finish overall are top-notch.

The front seats feature 10-way power adjustment with power head restraints, while a memory system for the driver's seat includes settings for the side-view mirrors and steering wheel position. Automatic climate control, a two-way power glass moonroof, a leather-wrapped steering wheel, Bluetooth, a start/stop button, and dynamic cruise control are among the 5 Series's other standard features.

The 528 and 535 come standard with leatherette upholstery, while the 550i upgrades the interior upholstery and trim to Dakota leather. The 535i/ix and 550i also include such standard features as four-way lumbar support and automatic climate control with separate left/right temperature and air distribution controls. A 10-speaker AM/FM audio system with a CD player and MP3 input jack also comes standard in all trims. Options include heated front and rear seats, a navigation system, and a heads-up display, which projects travel information directly onto the windshield in front of the driver.

NHTSA crash test results awarded the 5 Series a top rating of five stars for protecting passengers in side impacts, although the sedan earned only three stars for frontal crashes and four stars for rollover resistance. The 5 Series comes standard with dual front and front-seat side-impact airbags, as well as a front- and rear-seat head-protection system. BMW's Advanced Safety System integrates deployment of the 5 Series's passive and active safety features. Dynamic Traction Control, four-wheel ventilated antilock brakes with Dynamic Brake Control, and Dynamic Stability Control with brake-fade compensation are among the 5 Series's other standard safety features.

Optional safety features include a Night Assist system, which uses infrared technology and a camera to display images of obstacles ahead on the cabin's navigation monitor, and a Lane Departure Warning System, which alerts drivers by vibrating the steering wheel if it detects the vehicle improperly straying from its lane.

In practically every area, the 2010 BMW 5 Series receives very high marks from owners. The sporty handling and ride, coupled with the upscale interior, appeal to owners who seek something other than a mundane sedan. In addition, many owners comment on the good gas mileage provided by the 5 Series's powerplants.

The 5 Series feels solid and capable on the road, although some owners note a stiff, harsh ride when equipped with the run-flat tires. The interior provides comfortable seating and crisp, clear sound out of the audio system. In addition, owners applaud the updated iDrive system, which makes it easier to manage the cabin's tech features. Some owners complain of poorly placed interior controls, and a few taller owners have difficulty climbing into and out of the vehicle due to the design of the doors. In addition, some owners have noted reliability problems with individual cars, but overall owners give the 5 Series highly positive marks.

Zetas001 BMW, something about over thinking about engineering in The sports sedan.

I got a new battery thinking that was all what was wrong with my car because it had 0 power , when the battery was installed the lights and everything turned on but when I try to start it it just c...

Difference Between 528xi Wagon And The 535xi Wagon

Difference between the 528xi wagon and the 535xi wagon

45 views with 3 answers (last answer about a year ago)

240 views with 3 answers (last answer about a year ago)

Have Tock Out The Battery And My Boot Got Closed How Do I Open It Again.,??...