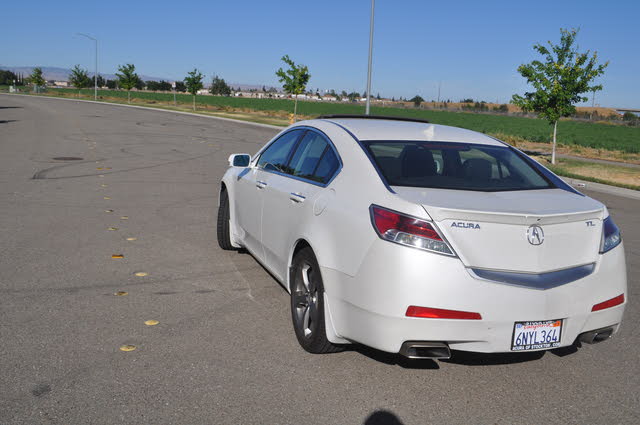 Both the 3.5-liter and 3.7-liter engines are incredibly refined, and the suspensions on both trims do their jobs quite well in the 2010 Acura TL.

The 2010 Acura TL disappoints with some unwanted hard plastics in the interior and the overly harsh ride of the SH-AWD.

The Acura TL is the best value in the luxury midsize market, without contention. The design has been slightly divisive, but we’re not here to account for taste. The Base is the best bet, especially when armed with the navigation system, and until the SH-AWD can absorb ruts and ripples better, it’s probably a good idea to stay away - unless comfort isn’t high on your list of import in imports.

Since its introduction in 1996, the Acura TL has risen to become Acura’s best-selling model, and the second best selling luxury sedan in the United States besides. 2009 saw a major redesign for the TL, and predictably, no major changes are seen for 2010, with the exception of a six-speed manual transmission now available in the SH-AWD trim. Otherwise, the same 3.5- and 3.7-liter V6 engines are standard in the Base and SH-AWD trims. 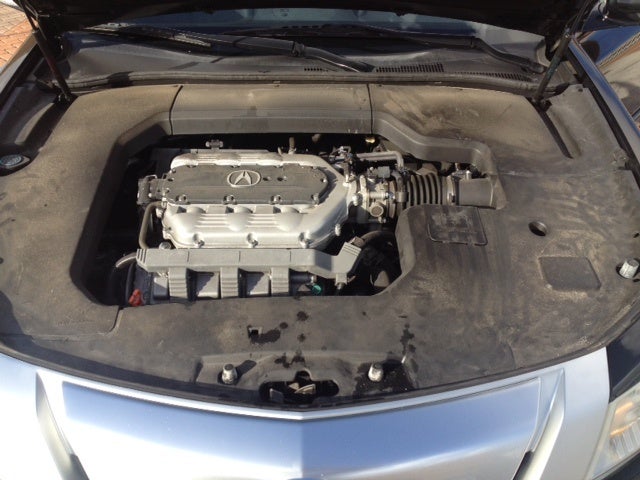 The Acura TL’s Base trim is powered by a 3.5-liter V6 that received a boost in 2009 for a total output of 280 hp at 6,200 rpm and 254 lb-ft of torque at 5,000 rpm. While this isn’t wildly impressive, especially for the class, the 3.5 is a fine performer that never seems to lack power, even with the added pounds the TL gained in 2009. Variable intake valve timing helps balance the power with a not-unimpressive 18/26 mpg rating from the EPA for the standard five-speed shiftable automatic transmission with premium fuel.

For the SH-AWD trim, a 305-hp 3.7-liter V6 is employed, managing 273 lb-ft of torque at 5,000 rpm. The 3.7 benefits from variable exhaust valve timing as well as intake, which improves high-rpm performance and still allows for a 17/25 mileage figure with either the five-speed shiftable automatic or the six-speed manual and its required premium fuel.

Both engines are well-mannered, quiet, and responsive, and the paddle shifters on the automatic-equipped TLs add some fun and sport to the ride. The SH-AWD's six-speed automatic is a welcome addition to this year’s lineup, pulling all the pep from the premium powerplant.

The Base TL provides a comfortable and capable ride, with a suspension that absorbs inconsistencies as well as corners. At 250 pounds less than the SH-AWD, the Base is noticeably more nimble, although it doesn’t stick as well as its big brother.

Sadly, Acura failed to find a middle ground for the SH-AWD, seeming to forget that the TL is first a luxury car, not a sports car. Stiff tires and a stiffer suspension mean great handling but a rough ride, with impressive hold in the corners but enough jarring in rough terrain to impact ride quality severely.

Steering is pleasantly progressive, with a well-sorted electronically assisted system that improves fuel economy by not robbing power from the engine. Brakes are likewise robust and effective, although some testers have commented on an unpleasant pedal feel.

It's shocking for the class, but the TL simply has inadequate room for taller and even tall-ish drivers, with head, knee, and even foot space lacking. Seats are comfortable in both Base and SH-AWD trims, although the latter has additional side bolstering and support.

Dials, gauges, and controls are placed in logical positions for both reach and sight, although with the tendency being to simplify of late, the abundance found in the TL is starting to look overcrowded. An optional Technology package adds a 10-speaker premium audio and navigation system that has received praise for both the placement and readability of its screen in all conditions.

Fit, finish, and details are predictable for the class, although testers and owners lament the inclusion of random hard plastic surfaces that disappoint and look out of place.

Impressively, the Acura TL has received a five-star rating in all tests performed by the NHTSA, including rollover resistance. Safety features include dual front, front-side, and curtain-side airbags, antilock four-wheel disc brakes with brake assist, an anti-skid system, a tire pressure monitor, and daytime running lights, standard on all trims.

With two impressive engines and a well-proportioned suspension on the Base trim, owners love not only the luxury and comfort, but the price at which the 2010 Acura TL can be had, which is lower than all its direct competitors. The AWD system is more than competent, but its sacrifice in ride quality is seen as too large a trade-off for many.

DrRGP It is possible to turn off the daytime running lights if desired? With the Toyota Camry, it is not possible. Thank you, Robert G. Perrin. drrgperrin@sbcglobal.net

Users ranked 2010 Acura TL against other cars which they drove/owned. Each ranking was based on 9 categories. Here is the summary of top rankings.

How To Disable 2010 Acura Tl Alarm

83 views with no answers yet

My stereo intermittently stops working, even the power button will not work, and when it seem to be working, I tried to click any of the buttons and it stops from working again. it's a random case,...

Rubber Burning Smell/Smoke From The Hood

Are Any Of These Cars Certified?