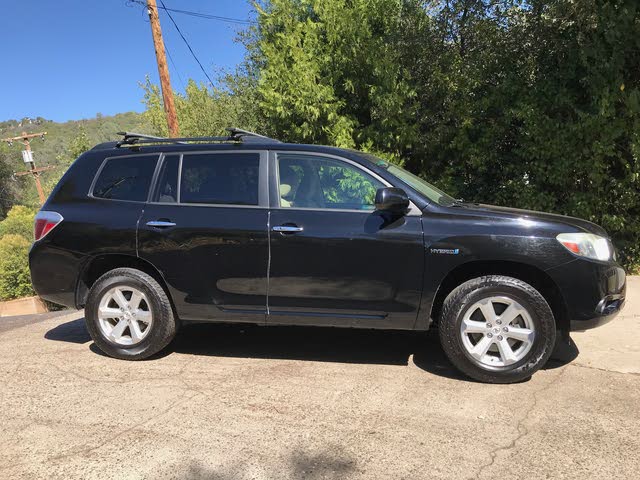 The 2009 Toyota Highlander Hybrid is long on comfort, cabin features, ride, and handling, with superb hybrid technology that results in seamless, fuel-efficient performance.

Price, inflexibility in choosing options, the cost of battery replacement, and questionable gas savings all may limit the ‘09 Highlander Hybrid’s popularity.

Toyota’s Highlander Hybrid for 2009 remains essentially unchanged from the popular and radically redesigned ’08 version. Like its conventionally powered sibling, the ‘09 Highlander Hybrid can claim a less-than-drastic headlight redesign as its only significant styling difference from the ’08 model.

But why mess with a good thing? The ’09 Highlander Hybrid is a five- or seven-passenger, five-door midsize SUV that comes in two trim levels, Base and Limited. A ConsumerGuide Auto “Recommended Pick” for ’09, the all-wheel-drive-only Highlander Hybrid has been very popular with those seeking sedan handling and economy along with the roominess, versatility, and bulk of an SUV. The Highlander Hybrid also received the top spot out of 29 entrants in U.S. News and World Report’s “Affordable Midsize SUVs.”

All these features come at a hefty price, however. The Highlander Hybrid Base is significantly more expensive than the conventionally powered Highlander Limited trim. As well, Toyota boosted the Highlander’s weight by some 500 pounds in ‘08 to improve its best-in-class crash-test ratings. This fact leads some reviewers to question whether this hybrid can justify its price with fuel economy alone.

Though considered roomy, versatile, well-mannered, and packed with standard features, the bottom line is that the ’09 Highlander Hybrid may be friendly to the environment, but not necessarily to the wallet. 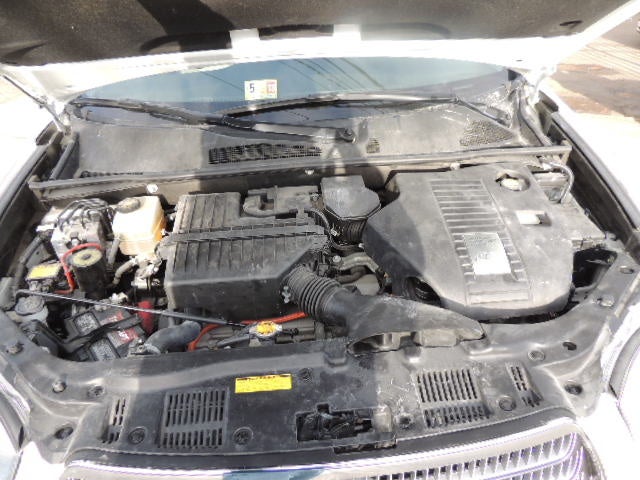 The 2009 Toyota Highlander Hybrid retains its 3.3-liter DOHC, 24-valve V6. When used in its primary mode, this engine puts out a respectable 209 hp at 5,600 rpm and 212 lb-ft of torque at 3,600 rpm. Combine this with separate electric motors driving the front and rear wheels and what Toyota calls its “electrically controlled continuously variable transmission” (ECCVT), and you’ve just added another 61 hp, equaling that of the gasoline-powered Highlander. The Highlander Hybrid’s fuel-economy rating remains at an EPA-estimated 27/25 mpg, though some drivers claim over 30 mpg on average. That's not bad, especially for a crossover. Toyota recommends using premium gas in the Highlander Hybrid.

The engineering that went into the Highlander Hybrid is based on the gas-electric propulsion technology originally developed by Toyota for the wildly popular Prius. The ’09 Highlander, however, can never be accused of being underpowered, as was the Prius. This larger, family-oriented vehicle demands a powerplant that is up to the task. Thus, the dual electric drive motors – plus a third electric motor that serves as a generator and engine starter – and the ECCVT provide the power to move the ’09 Highlander Hybrid from the stoplight to the passing lane smoothly and swiftly. Virtually all professional reviewers find the transference of power from gas engine to electric motors and back flawless.

Acceleration is noted by most reviewers as a plus for the ’09 Highlander Hybrid, especially when both the gas and electric motors are working simultaneously. In ordinary city driving, this on-demand added power is a must-have, and the Highlander Hybrid certainly delivers – in an economical and environmentally friendly way.

Additionally, the ’09 Highlander Hybrid boasts two fuel-saving power modes. The “EV” mode runs the vehicle on electric power only, while “Econ” activates a throttle restraint resulting in added fuel efficiency when using only the gas engine. When properly equipped, the Highlander Hybrid can tow 3,500 pounds (as opposed to the conventional Highlander’s 5,000 pounds).

With power four-wheel disc ABS, the ’09 Highlander Hybrid comes to a rapid stop, with what reviewers are calling a “firm and progressive” feel to the pedal, adding to its laudable overall handling appeal.

The ride quality of the 2009 Highlander Hybrid is described by nearly all reviewers as near the top of its class, though, obviously, it's not quite as agile as a sedan or a coupe. Steering is firm and true, though there is some noticeable lean in cornering. However, this is noted as common in the crossover segment, and the Highlander Hybrid is no worse than many of its competitors in this respect, and far better than average.

The 2009 Highlander Hybrid is praised by many reviewers for its comfortable seats, easy-to-read gauges, and well-placed controls. A few reviewers are disappointed by the use of some substandard materials in the Highlander Hybrid’s cabin appointments, as well as noting that the thick roof pillars and the second-row headrests are a bit restrictive as far as visibility behind and to the front corners.

The ’09 Highlander Hybrid can carry a whopping 94 cubic feet of cargo with the rear seats folded down, and virtually all reviewers are impressed with the multitude of cupholders and storage spaces throughout.

Once they get over the sticker shock, nearly all owners of the 2009 Highlander Hybrid feel they have one of the better midsize hybrid crossovers on the market.

On the downside, little flexibility in choosing options is noted as a negative in the ’09 Highlander Hybrid, as well as some disappointing mileage results that were not up to expectations. Many owners complain that more leather ought to be offered with the Base Highlander Hybrid, and that the thick windshield pillars restrict visibility noticeably when turning and pulling into traffic. The lack of a split third-row seat, the cost of replacement batteries, and poor customer service are a few other owner complaints, as are a lack of expected technical innovations and lackluster handling capabilities. A warranty of only 36,000 miles is also worrisome to a few owners.

Positives, however, outweigh negatives in the ’09 Highlander Hybrid, with, by far, most owners praising the Highlander Hybrid’s performance, environmentally friendly power, standard comfort and convenience features, and its versatility. Comfort, size, flexible seating, usefulness, road-hugging handling characteristics, and especially the safety features that come with the 2009 Toyota Highlander Hybrid all combine to give most owners a sense that they’ve chosen well.

What's your take on the 2009 Toyota Highlander Hybrid?

Have you driven a 2009 Toyota Highlander Hybrid?
Rank This Car

Is it age or miles driven that can wear out the hybrid battery?

What is the expected battery life in years and/or miles

hi, I don't find the tire pressure reset button on my 2009 highlander hydrid ltd. I put my winter tires without sensor I would like to reset it ? thank you

Hoping someone can help with this. Yesterday I noticed that when I locked my doors with the remote on my 2009 Toyota Highlander Hybrid that the rear drivers side didn't lock. Didn't think much of ...

Price For A Highlander Hybrid Battery

I am buying a used Hybrid. I have watched reviews and videos, read comments. I am very impressed, now have purchased a Hybrid. Now I am just wondering, what will it cost when ever/if ever the battery ...