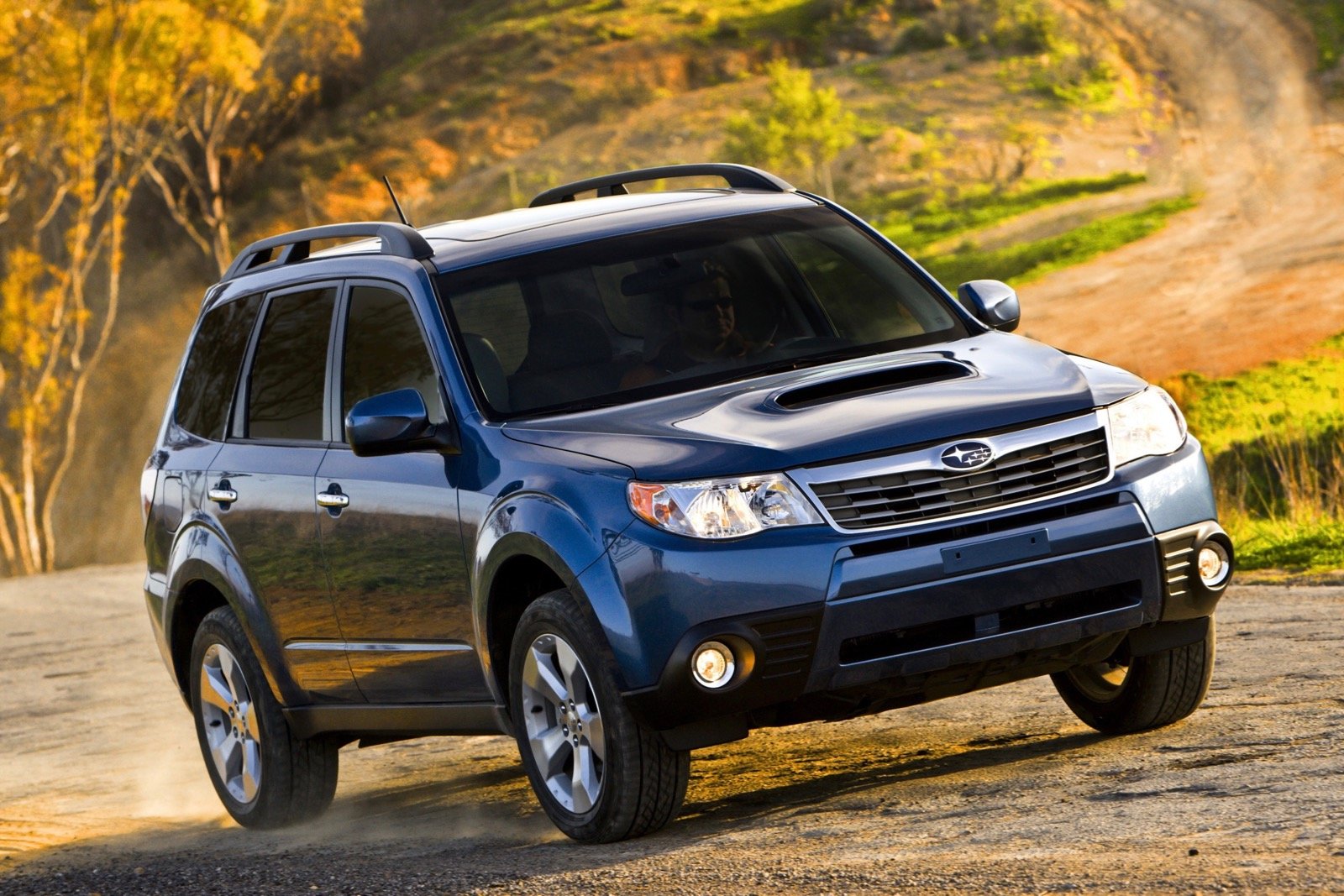 The new Forester has been restyled as a modern, curvy people carrier. Even so, it’s still got the capability and the attitude that people have come to love from Subaru. Offered in five trim levels with two engine choices and two transmission choices, there’s a Forester for nearly any buyer, and a powertrain for nearly any situation.

The Forester targets new-car buyers that want a safe, value-conscious vehicle with plenty of standard features. It competes with the Honda CR-V, Toyota RAV4, and the Mitsubishi Outlander. 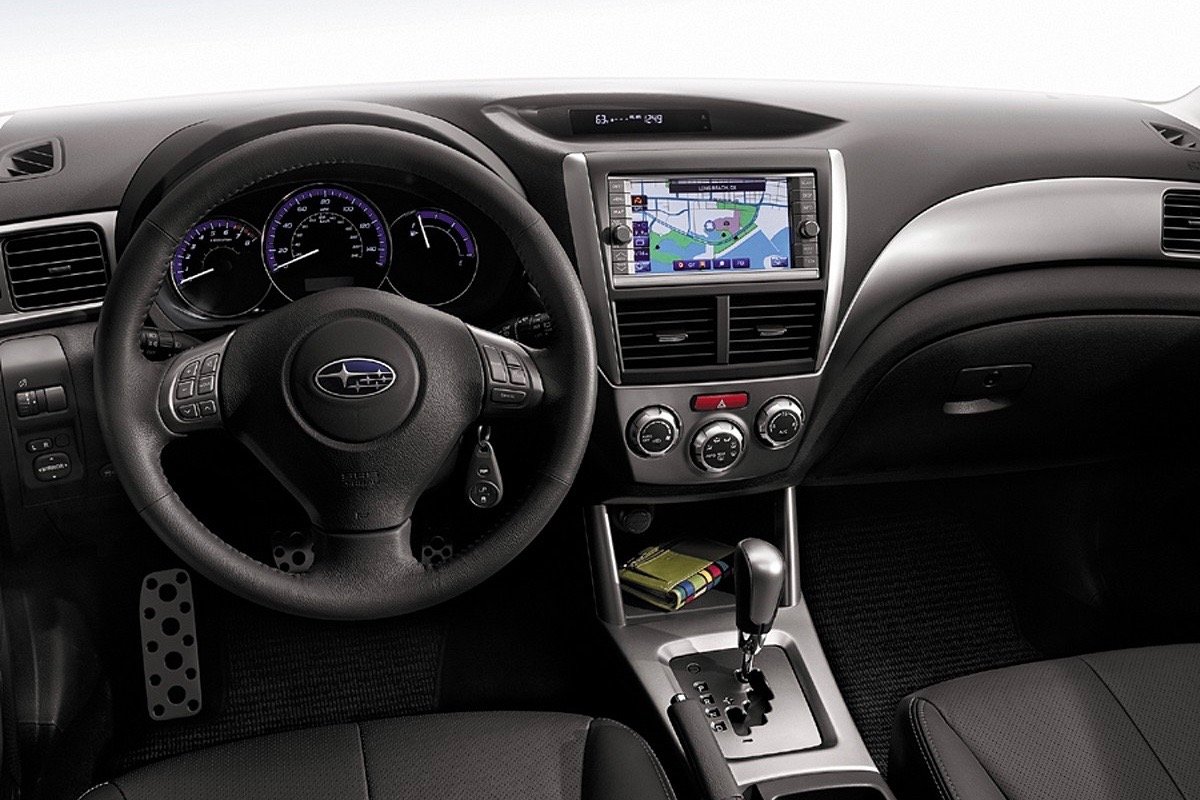 The Forester has been overhauled for the 2009 model year with a new rounded look that is both more modern and more car-like than the boxy profile the vehicle carried before. Some models, such as the XT trim, have muscular styling touches like a functional hood scoop and wheel-arch bulges. Overall, the look is meant to turn the Forester from a rough-and-tumble backwoods vehicle into something with more mainstream styling.

Inside, the Forester borrows heavily from the Subaru Impreza. Its dash carries a sweeping shape with silver accents that makes the cockpit look and feel cozier and more driver-oriented. While the vehicle didn’t lose any of its capability in the move to a kinder, gentler shape, interior quality and finishes took a giant leap forward. 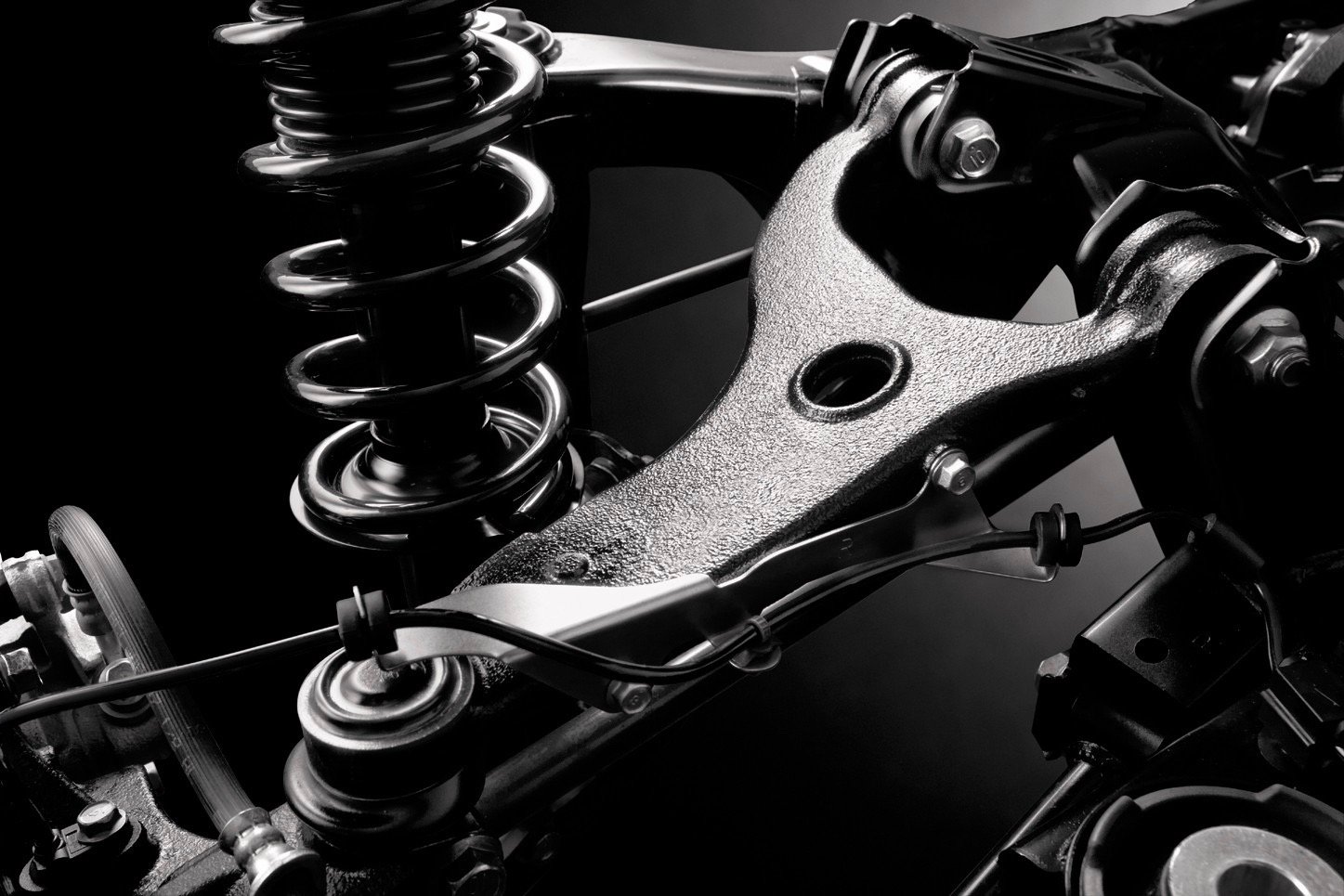 The 2009 Forester is available with two engine choices. The standard mill is a 2.5-liter boxer four-cylinder engine that produces 170 horsepower and 170 pound-feet of torque. It’s paired with a four-speed automatic transmission. A turbocharged version of that engine is also available and is rated at 224 horsepower and 226 lb-ft of torque. All-wheel drive (AWD) is standard. A five-speed manual transmission and four-speed automatic are available.

The base engine has to work hard to get the Forester up to highway speeds, and once there, passing is a true chore for the powertrain. The four-speed automatic stays busy, trying to find the right gear for the situation. With a turbocharger, the upgraded engine is much better suited for Forester duty, and truly makes it feel like a different vehicle. The five-speed manual transmission is a more suitable choice for the base engine, and works well, despite having longer-than-expected gear throws.

While the Forester isn't likely to win a drag race, the vehicle is more than able to hold its own, both on- and off-road. It features 8.7 inches of ground clearance—which puts it on the level of several large SUVs—and the new double-wishbone rear suspension that came with the 2009 update helps soak up all but the worst ruts and bumps in the road. 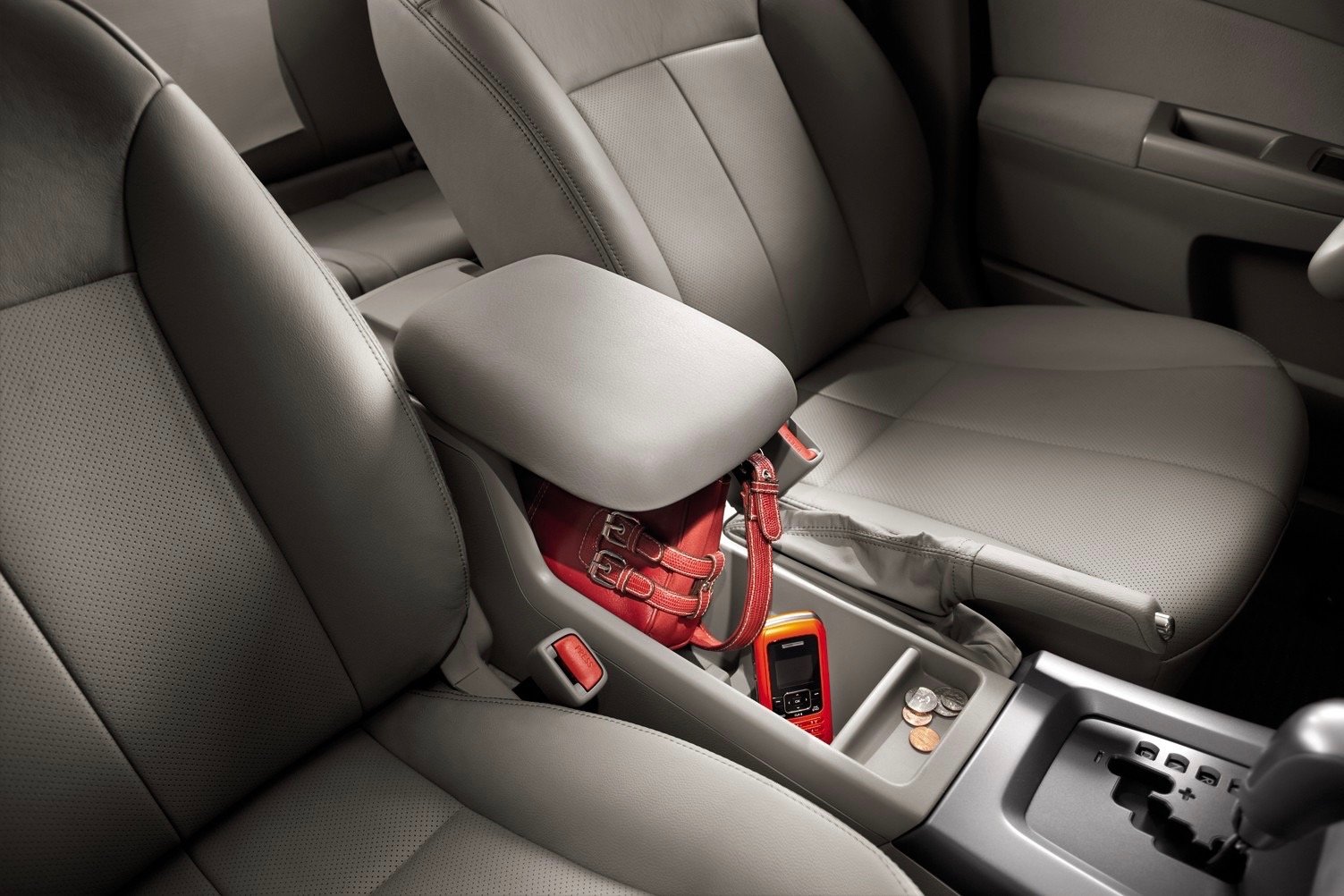 The Forester was designed with function at the top of its priorities list, which shows in nearly every aspect of its design. The front seats are comfortable and well padded, but lack side bolstering and hip support. Adding leather brings an extra layer of comfort, and an almost luxury feel to the Forester’s seating accommodations.

Thanks to a longer wheelbase, back-seat legroom is generous, and the 60/40 split-folding bench seat remains comfortable on longer drives. Cargo space is also plentiful, as the Forester offers 33.5 cubic feet with the rear seats up and 68.3 when they’re folded flat. The rear-door openings are large and relatively square, which makes for easy loading and unloading of car seats and children.

Outward visibility from the driver's seat is great in all directions. That’s due to Subaru’s thoughtful approach to pillar design, which allows for large windows and little obstruction. 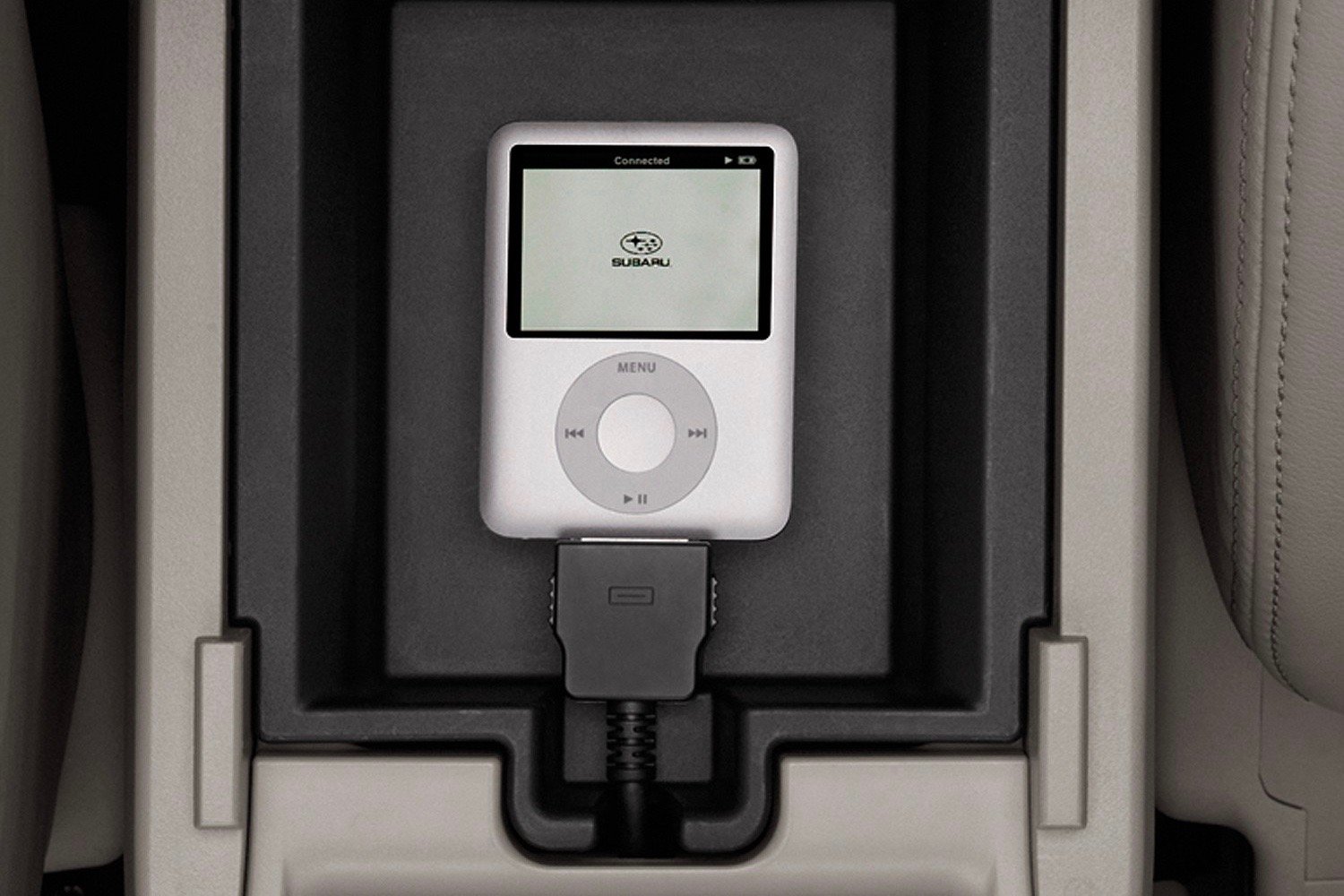 In most cases, the Forester’s audio and entertainment technologies work just fine. There’s a level of simplicity and an uncluttered feel that makes them easy to use. Some features, however, need more polish. In models equipped with a navigation system, the screen can feel almost useless at times, because it’s nearly impossible to see in sunlight, or with sunglasses on. The voice guidance is also annoying, and urges drivers to move when stopped at red lights and in traffic. 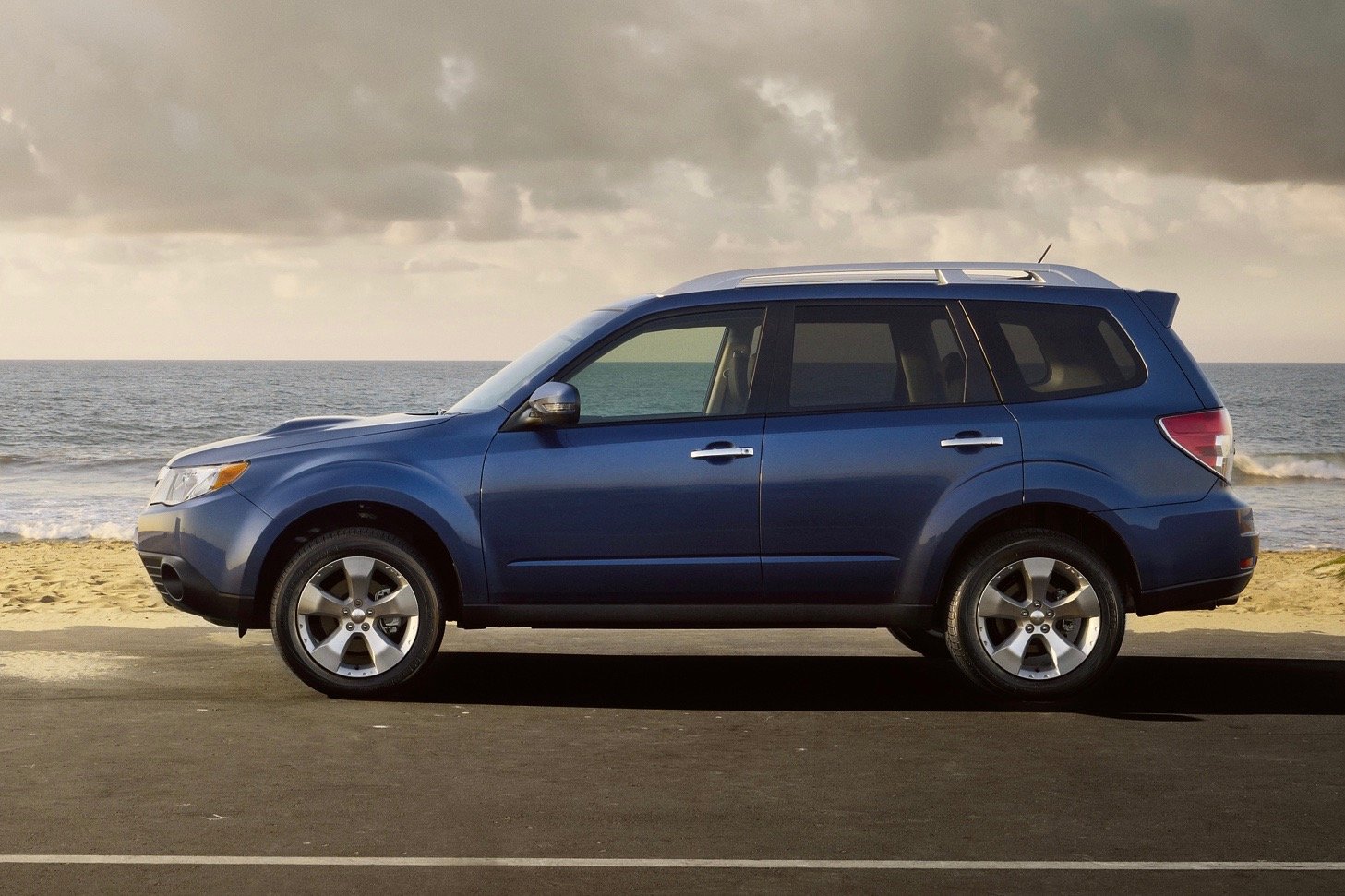 As a company, Subaru maintains a strong focus on vehicle safety. The Forester is a great example of those efforts, having received a "Top Safety Pick" rating from the Insurance Institute for Highway Safety (IIHS) for the 2009 model year. That award is based on top "good" scores in all crash-test categories. The National Highway Traffic Safety Administration (NHTSA) rated the Forester five stars for front crash protection, five stars for side crash protection, and four stars for rollover resistance. 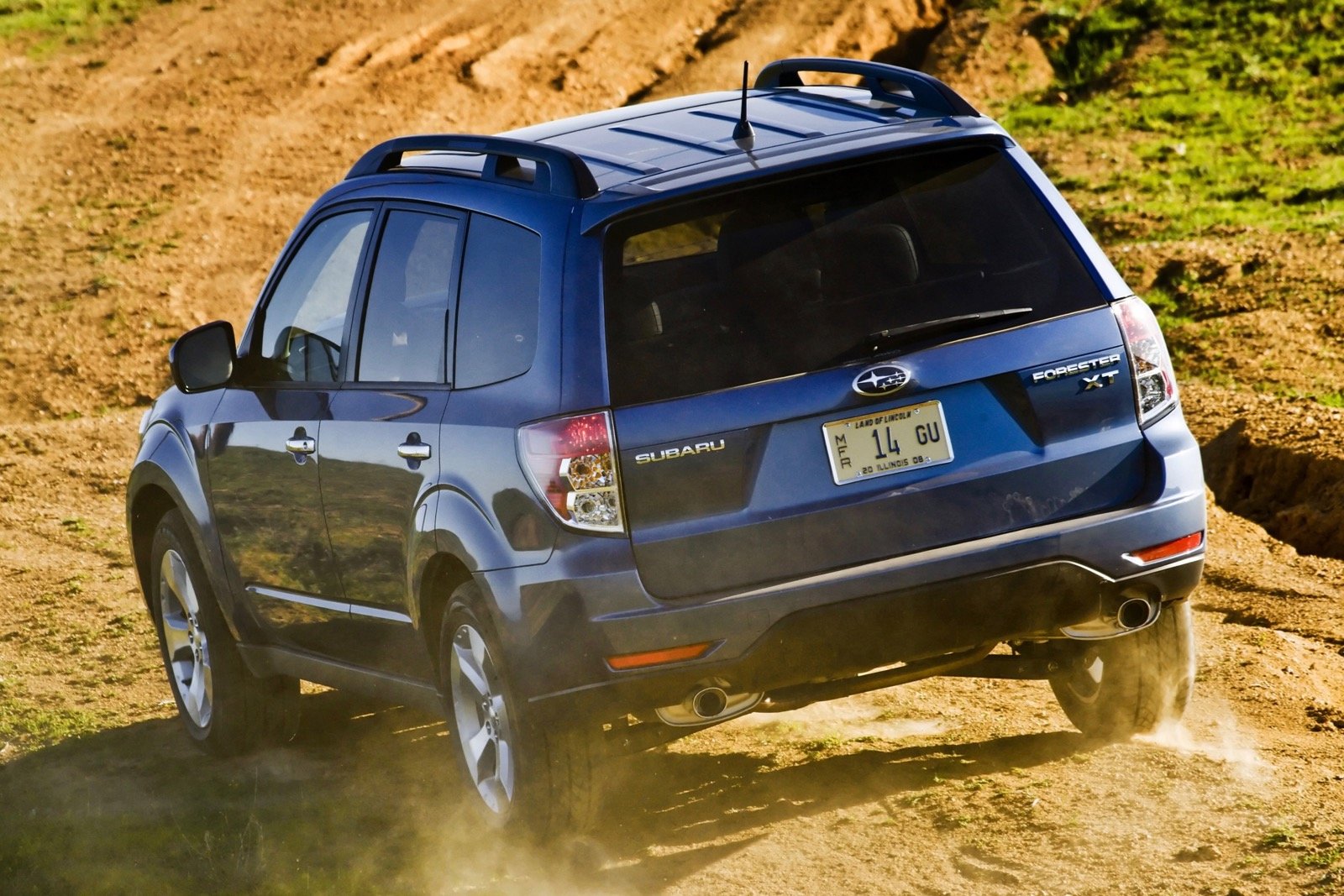 With an MSRP starting below $20,000, the Subaru Forester offers a compelling mix of capability, utility, and value. Standard all-wheel drive and extensive safety equipment are both great reasons to check out the Forester. Making the deal sweeter, the 2009 updates brought more new tech and features for less money, and the improvements made to the Forester’s interior have only sweetened the deal.

The Forester's fuel-economy ratings are competitive as well. With the base 2.5-liter engine and a manual gearbox, it's rated at 20/27/22 mpg city/hwy/combined. An automatic transmission changes those numbers to 20/26/22 mpg, and upgrading to the turbocharged engine results in EPA-estimated fuel economy ratings of 19/24/21 mpg.

At $19,995 before destination, taxes, or options, the Subaru Forester 2.5X base model is the least expensive of the bunch and the 2.5XT Limited trim tops out at $28,195. The turbo engine in higher trims requires premium fuel, which increases operating costs over the long term as well.

What's your take on the 2009 Subaru Forester?

Have you driven a 2009 Subaru Forester?
Rank This Car

Check Engine Light Is On Cruise Control Light Is Flashing And Tractions Co...

I'm Having Trouble Figuring Out My Radio ID

Why Dashboard Lights Don't Go Off

So, my check engine light is on, cruise control is blinking, and vehicle dynamics control off is lit up. I drove through a large puddle this morning - totally caught off guard. Was in 4th gear when ...