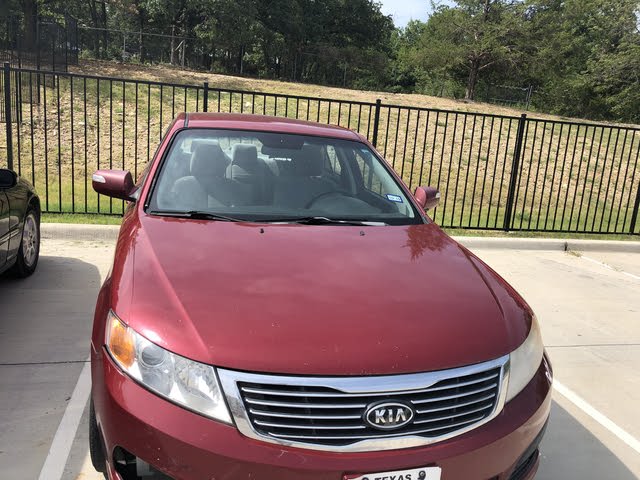 Average user score
4.8 ⁄ 5 stars
Based on 10 reviews
Kia Optima: Good Value Family Car by fisheral — Talk about value for the money. This car has been a good and relatively reliable all around family car with plenty of comfortable space for four (sometimes five). Looked at Accord, Fusion and Sonata... Read more
Excellent by johnny44094 — I drove a lot of cars. For the price quality and warranty, its miles ahead of anything else. 14,500 miles and not 1 problem! A toyota with thew same option is 10000 bucks more, You just can't beat it!... Read more
Omg! V6, Navigation,sunroof, Leather Seats & Sirius Satellite! by msfunn1 — I had my baby 4 a week now, i purchased it from a Kia dealer in NJ, this is a awesome machine, FAST & SEXY! My hubby has a $70k BMW, He loves my Kia, i say hands off! i'm in love with my Kia! Read more

Kia’s front-wheel-drive midsize offering, the Optima, sees plenty of upgrades in 2009, with a new engine, more power, refreshed styling and an entirely new sport trim level, the SX. This represents the second significant makeover in recent years, following 2007’s total redesign. The four-door Optima is available in three trim levels - base EX, luxury LX, and sport SX - with two engines and two transmissions. Both engines get a power boost for 2009, due to variable valve timing and a variable intake system. The base 2.4-liter four cylinder increases 13 hp to 175, and the 2.7-liter six increases 5 hp to 190. The four comes with a standard five-speed manual transmission or an optional five-speed automatic that comes standard on the 2.7 and features “Sportmatic clutchless shifting.”

Styling changes abound inside and out, with new front and rear fascia, as well as small detail changes for the sides. The front foglamps and lower grille have grown, while the headlamps have narrowed, along with the taillights. Overall length has increased as well, almost 3 full inches, to 189, although this is the only dimension affected. The interior has also been refreshed with new design, materials, and colors, as well as new electronics. The base model now has MP3 compatibility in the audio system, as well as a USB port and the option of satellite radio. An in-dash navigational system is newly available as well.

The big news is the addition of the sport-minded SX trim, which has several unique features over the other trims, including a sport-tuned suspension, special trim both inside and out, and 17-inch chrome wheels, an upgrade over the 16-inch wheels available on other trims.

NHTSA test results are not yet available for the 2009 Kia Optima, but as very little has changed structurally since 2008, that year’s results can be taken into consideration, where five stars were awarded in all categories other than rollover resistance, which received a four-star rating.

Have you driven a 2009 Kia Optima?
Rank This Car

I got a 09 kia optima lx 2.4 the other day I bent the key bent it back in place it worked on one side of the key for 2 days then stopped recognizing the key the steering wheel and ignition lock cyl...

My 2009 Kia Optima Key Is Stuck In The Ignition And The Gear Wont Go In Par...

Key won't turn to acc. Will not turn at all. Also,don't see whole where the paper clip goes to release cylinder so it can be removed.

587 views with 4 answers (last answer about a year ago)

Power Window Struggles To Go Down, But Not Up.

I have a 2009 Kia Optima LX. The driver window struggles to go down, when dry, but will go up without any issues. What is the most likely cause?