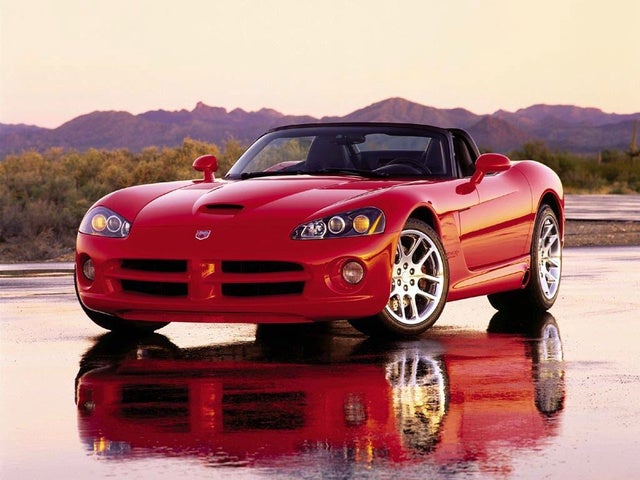 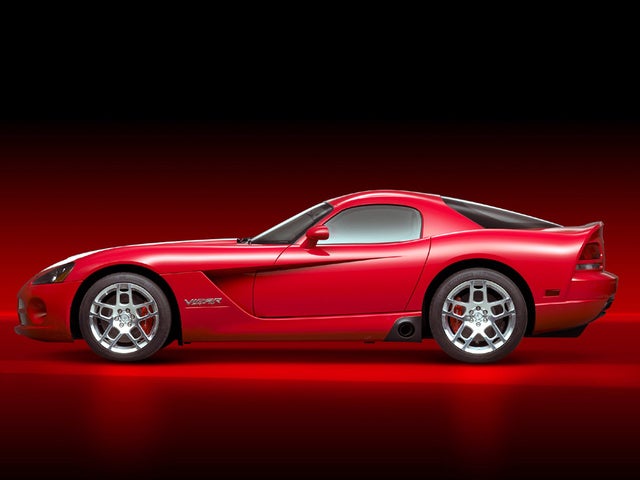 For those of you that absolutely have to make that half-hour commute in 15 minutes, Dodge has the car you need. About $80,000 will buy a 2009 Dodge Viper SRT-10 Convertible or Coupe that will give your commute a whole new perspective.

Impressive from its inception in 1989, the Dodge Viper for 2009 remains the fastest American production car on the road and one of the world's quickest overall. In response to Chevy’s Z06 Corvette and the Porsche 911 Turbo, the Viper received a re-bored engine and unique variable-valve timing in 2008 that, with a beefed up (10% wider gears and twin-disc clutch) transmission, added an extra 90 horsepower to an already potent machine.

Both Viper trims, SRT-10 Convertible (Roadster) and SRT-10 Coupe feature the 8.4-liter V10 with a Tremec 6060 six-speed manual tranny. In addition, both are equipped with a four-wheel independent suspension, front and rear stabilizer bars, and a rear limited-slip differential. A 310-watt, single-disc CD player with seven speakers and a subwoofer, power windows, doors and mirrors, air-conditioning, and tilt-wheel steering also come standard with both ’09 Viper trims. The SRT-10 Convertible – or roadster, as the more refined might term it – will not allow the deviance of even a single horse toward an electrically operated top. The SRT-10 Convertible's top is raised and lowered manually and has a solid glass rear window. Options for both trims include track extensions in front and a rear wing, dual painted stripes (a crowd favorite), GPS, Sirius satellite radio, a premium two-tone interior, and razor-polished aluminum wheels.

Safety features for the 2009 Viper are impressive. These include four-wheel ABS with emergency braking assist - the Viper has been clocked at 0–100–0 in less than 12 seconds - advanced multi-stage front airbags, the Sentry Key theft deterrent system, speed-sensitive power locks, fog/driving lights, and passenger airbag occupant-sensing deactivation. Crash test ratings were unavailable for the 2008 or ’09 Viper.

Owners in 2008 were nearly unanimous in praising the Viper’s power, handling, and looks. Roominess was an issue with a few owners, but by and large the Viper is comfortable enough for day trips, though some found it difficult to get into and out of. There were, believe it or not, even a few negative comments about gas mileage . . . but hey! If you want to drive like a sport, expect to pay like a sport. The Viper experience is worth it.

Have you driven a 2009 Dodge Viper?
Rank This Car

Can I Sell A Car From Canada