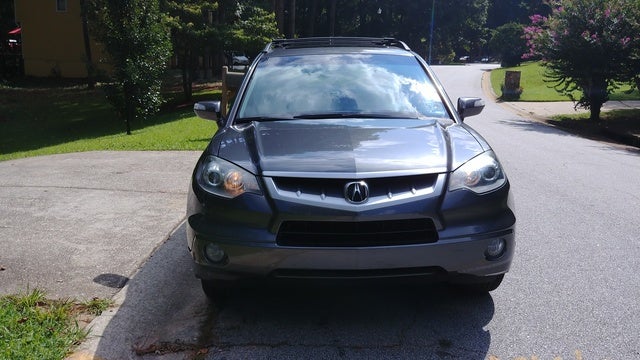 The 2009 Acura RDX compact SUV delivers impressive handling, comfort, and performance, and does a good job meeting the demands of its target audience of young urban professionals.

Some owners complain of turbo lag from the '09 RDX's turbocharged four-cylinder engine, while others find the small SUV's ride too harsh and would like to see better fuel economy.

Now in its third year and one of the top vehicles in the emerging small SUV automotive segment, the 2009 Acura RDX combines a lot in a small package, offering a well-equipped cabin, a spirited turbocharged four-cylinder engine, and plenty of state-of-the-art systems that ensure good handling and a safe driving experience. While the RDX has its flaws, including noticeable turbo lag and mediocre fuel economy, it definitely deserves a look from prospective buyers seeking a capable alternative to larger SUVs or small sedans.

When it debuted in 2007, the Acura RDX compact crossover SUV was the first of the automaker's vehicles to come equipped with a turbocharged, intercooled engine and the first Acura SUV to feature the Super-Handling All-Wheel-Drive (SH-AWD) system. In addition, it was the first Acura to include 18-inch wheels and tires as standard equipment. For 2009, Acura makes only minor upgrades to the RDX, now in its third year of production. The RDX receives a four-way power-adjustable passenger front seat as standard equipment, as well as an updated optional AcuraLink real-time traffic system. In addition, Acura adds four new exterior colors, including Basque Red Pearl, Crystal Black Pearl, Grigio Metallic, and Palladium Metallic.

The entry-level premium RDX SUV competes in a relatively new and small automotive segment that includes the BMW X3 and the Land Rover LR2. Acura geared the RDX toward young, sports-minded professionals who seek the performance and handling of a sports sedan, but the flexibility and cargo space of an SUV. It's not surprising, then, that Acura considers the RDX an SUV version of its TSX sports sedan.

Drivers and reviewers confirm that Acura has succeeded in designing an SUV that drives like a sports sedan, as the RDX gets generally positive reviews for its performance and handling. In addition, it's less expensive than competitors such as the BMW X3, although it still comes at a premium price point.

The RDX comes in two trims for 2009. The base RDX comes well-equipped with a wide range of features, including leather-trimmed seats, a power moonroof, and Bluetooth wireless connectivity, while the optional Technology package adds such features as a navigation system and a premium sound system. External features for the RDX include an aerodynamic design with a sloping roofline, flared wheel arches, a tailgate spoiler, and a short rear overhang, which makes the RDX easy to park in tight spaces. 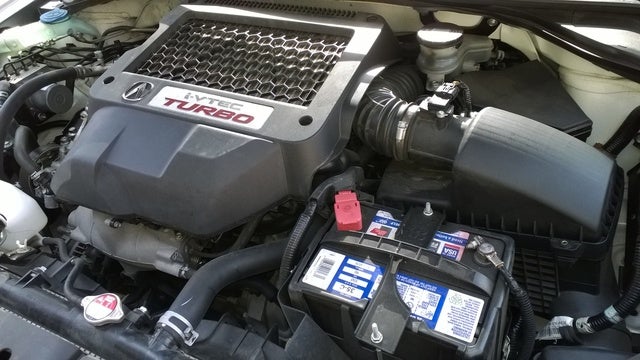 The four-cylinder links to a five-speed automatic transmission with sequential SportShift, which aids in acceleration and fuel economy. The transmission includes a manual mode, so drivers can upshift or downshift using F1-style paddle shifters mounted on the steering wheel.

While the RDX's powertrain performs well and moves the SUV along ably, some reviewers note a certain amount of turbo lag when stepping aggressively on the accelerator and turbo spikes at other times, requiring the driver to flutter the gas pedal in compensation. The RDX runs on premium unleaded fuel.

The RDX features a four-wheel independent suspension with MacPherson struts in front and a sedan-like multilink rear design, which results in good balance and a comfortable ride. The suspension features carefully engineered mounting points, which reduce vibration and harshness and help ensure a quiet cabin. In addition, the use of high-tensile steel results in a stronger body structure and less weight, as well as minimal body lean in turns. The RDX's SH-AWD system also aids in handling, helping drivers maintain control in corners by shifting power to the rear outside wheel.

Torque-sensing power rack-and-pinion steering provides quick steering response and agile handling, according to reviewers. In addition, the steering system features engine-speed-sensitive hydraulic assist, which ensures a lighter feel at slower speeds, such as in parking lots, and a firmer feel at highway speeds.

The RDX seats five passengers in two rows of seats. Most drivers and reviewers find the ergonomically designed leather seats supportive and comfortable enough for long trips, although some taller drivers might have difficulty finding a comfortable seating position behind the tilt-and-telescopic wheel. Overall, though, even taller drivers will find adequate legroom and headroom in both the front and rear seats. The cabin provides plenty of room for four passengers but can feel tight when carrying five adults. Interior storage compartments include a lockable two-tier center console with enough space for a briefcase or notebook computer, cubbies in the large door armrests, and large door pockets. 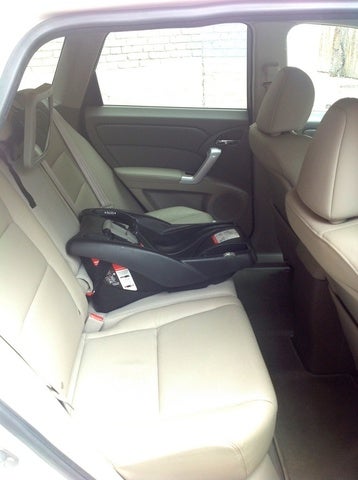 The RDX's well-appointed cabin aims for an upscale yet functional feel. However, some drivers and reviewers note a lack of padded surfaces and too much of a hard-edged feel. In addition, some reviewers would like to see a better design for some controls.

For an SUV its size, the RDX offers plenty of interior room and adequate cargo space. Standard features in the driver-oriented cockpit include a leather-wrapped steering wheel and a multi-information display, which gives the driver easy access to a range of electronic functions. In addition to leather seating, an eight-way power-adjustable driver's seat with memory, and the power-adjustable passenger seat, new for 2009, standard features for the RDX include heated front seats, a power moonroof, dual-zone climate control, and a seven-speaker Acura Premium sound system with a CD player, XM satellite radio, and an MP3 input jack.

The upgraded trim with the Tech package adds such features as an Acura navigation system with voice recognition, a rearview camera, and a GPS-linked, solar-sensing automatic climate control system. The RDX Tech also comes equipped with the AcuraLink satellite communication system with real-time traffic and an upgraded 10-speaker Acura/ELS surround-sound audio system with a 6-CD changer.

With the rear seats up and in place, the RDX offers a respectable 28.8 cubic feet of cargo space, which expands to 60.6 cubic feet with the rear seats folded down. While adequate for many drivers, cargo space lacks in comparison to some competitors. The BMW X3, for instance, offers a maximum of 71 cubic feet of cargo space. A hard cargo-area cover sits flat on the RDX's cargo floor when not in use, and is reversible, with carpet on one side and a smooth, wipeable surface on the other.

The RDX scores well in safety tests, achieving a top rating of five stars in front and side crash tests from the National Highway Traffic Safety Administration. In addition, the RDX received a Good rating (the highest possible) in crash tests conducted by the Insurance Institute of Highway Safety, which named the RDX a Top Safety Pick.

Safety features for the RDX include dual-stage front airbags, front side airbags, and full-length side curtain airbags. In addition, the RDX comes equipped with four-wheel antilock brakes with brake assist and a Vehicle Stability Assist system with traction control, which works with the all-wheel-drive system to help the driver maintain control of the vehicle in tight turns or slippery road conditions.

Owners find the Acura RDX fun to drive, thanks to its good performance and agile handling. Despite reviewers' comments about turbo lag, owners like the power and acceleration provided by the turbocharged four-cylinder engine. They also approve of the RDX's stability and traction, whether on pavement or on dirt or sandy surfaces. The RDX's well-equipped cabin also appeals to owners, especially the supportive front seats. On the downside, some owners find the RDX's suspension and ride too firm and even harsh, especially on rough road surfaces. Owners would also like to see better gas mileage, although many find the current mileage numbers acceptable. Overall, owners are happy with their purchases and consider the RDX a good value.

CarGurus owners also give the RDX good marks for the most part, citing its sleek exterior, its comfortable interior, and its turbocharged engine as among its many positive points. CarGurus owners also like the RDX's sports-car-like handling and the paddle shifters, which give drivers control of the five-speed transmission for manual shifting. Some owners go so far as to call the RDX the best small SUV on the market. Fuel economy remains a sore spot with CarGurus drivers.

Have you driven a 2009 Acura RDX?
Rank This Car

Interior Lights Not Working On My 2009 Acura RDX

My interior lights are not working on my 2009 acura RDX, what can I do, i aLREADY CHECKED THE FUSE

52 views with 1 answer (last answer about a year ago)

How To Re-upholster The Center Console?

I bought the replacement (leather) cover shown in the photo with the intention of replacing the worn out (faux leather) original. How can I take apart the console top to remove the old cover?

What Causes White Smoke To Emit From The Exhaust When Starting My 2009 Acur...

A flume of white smoke comes from the exhaust when starting a cold engine of my 2009 Acura RDX turbo.