Not everybody wants a car that goes fast and has fun. For them, there is the 2008 Toyota Corolla. 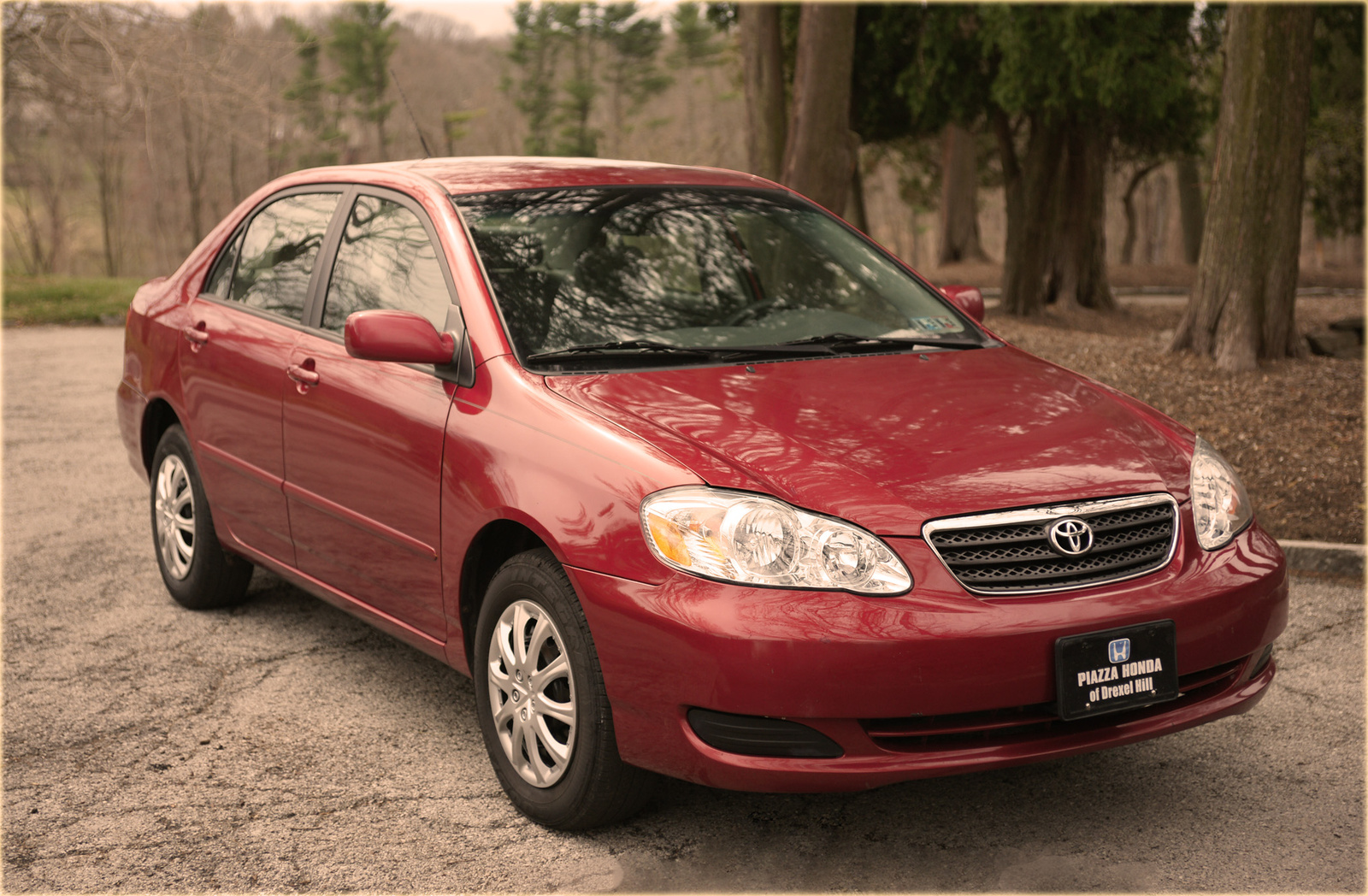 Now one of the oldest cars in its class, the 2008 Toyota Corolla enters its final year before a much-needed redesign arrives. As such, nothing changes, and the car continues in familiar CE, LE, and S trim levels. 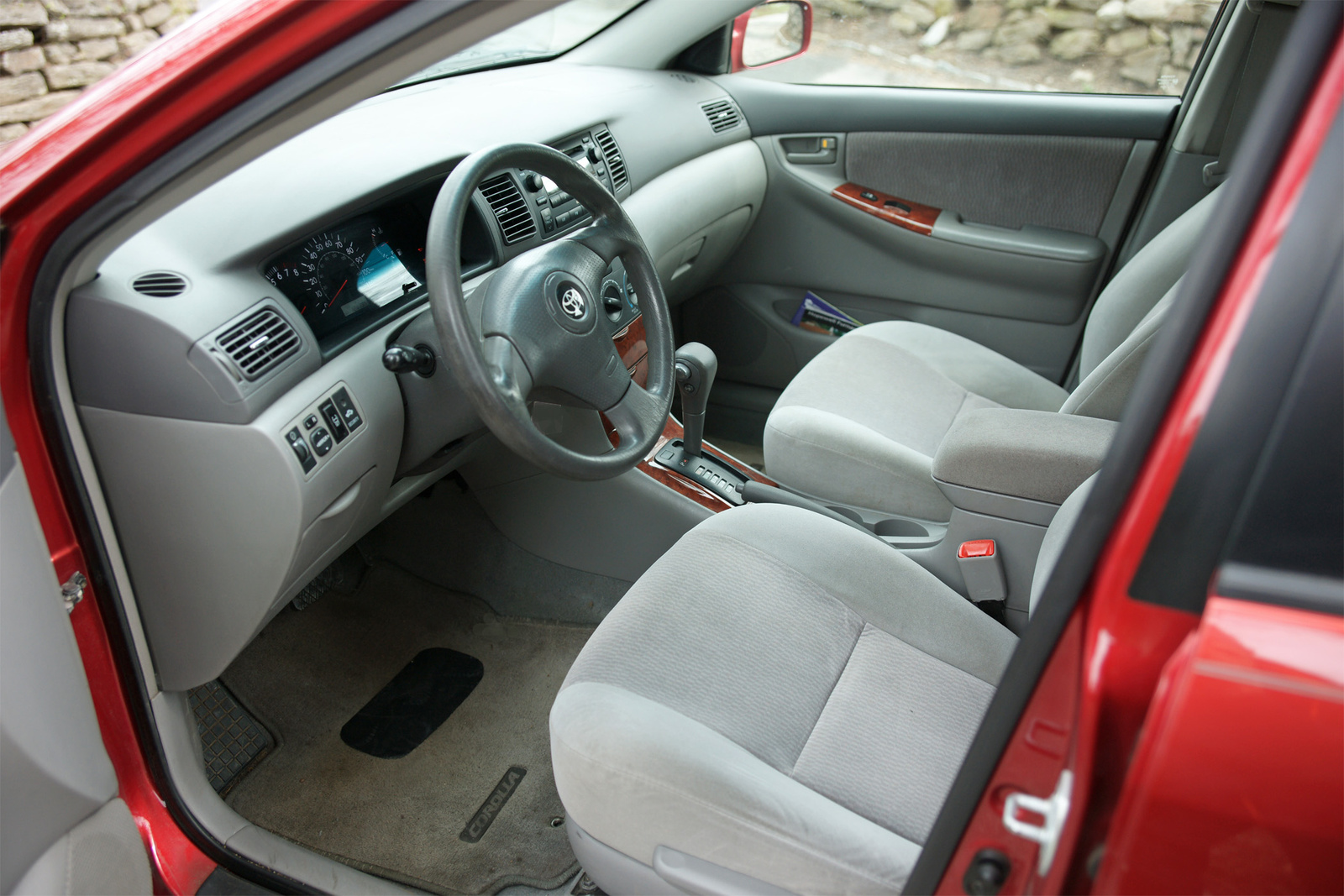 Ubiquitous on America’s highways and byways, the popular 2008 Corolla looks the same now as it did in 2003 when the car was last redesigned. It’s not particularly imaginative, but neither is the toaster sitting on your kitchen counter. Appliances are like that. And unless they’re painted a vibrant color, you don’t even notice them.

An introvert’s dream car, the Corolla has an equally dull interior. Especially in contrast to the Honda Civic’s futuristic cabin, the Corolla’s innards represent the automotive equivalent of pleated khakis. From a quality brand, of course.

You won’t need to open the owner’s manual to figure out how this car works. Everything is located right where you expect to find it, and clear markings, large buttons, practical knobs, and helpful switches make using the car an exercise in simplicity.

While the Corolla looks big inside, it lacks legroom. The front seats don’t slide back far enough to accommodate taller drivers, and the standard seat-height adjuster, as appreciated as it is, doesn’t help matters. Backseat leg space is tight, too. But the headroom isn’t a problem in this tall car. 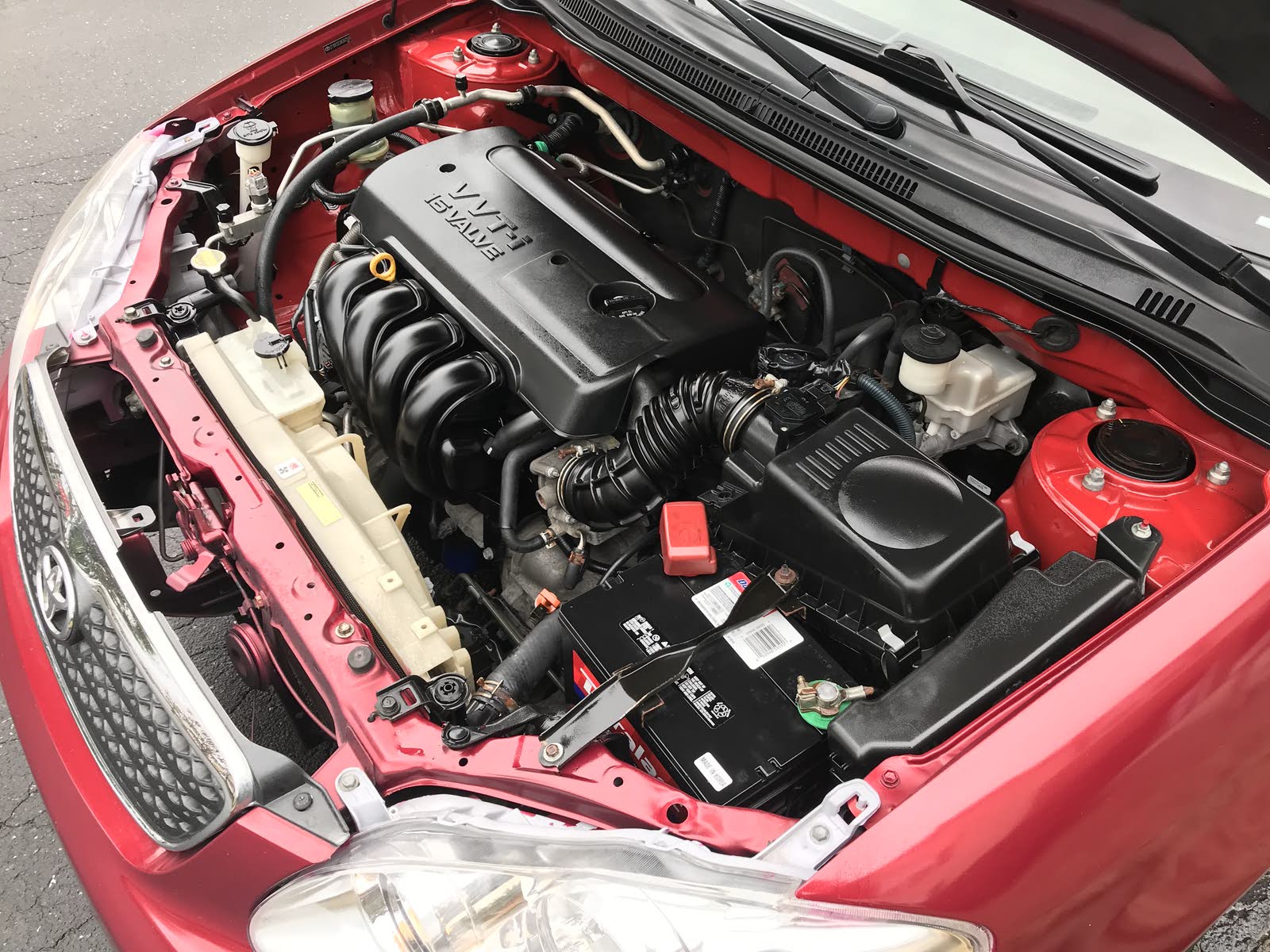 Every 2008 Toyota Corolla is equipped with a 126-horsepower, 1.8-liter 4-cylinder engine. It is not exciting. Not even with the 5-speed manual gearbox, and especially not with the common 4-speed automatic transmission.

However, Toyota’s engineering prowess is on full display in the simple yet refined Corolla. The engine runs smooth, acceleration is decent, and the ride is quiet and compliant. Plus, the car feels solid, like it's screwed together with care by people who care. 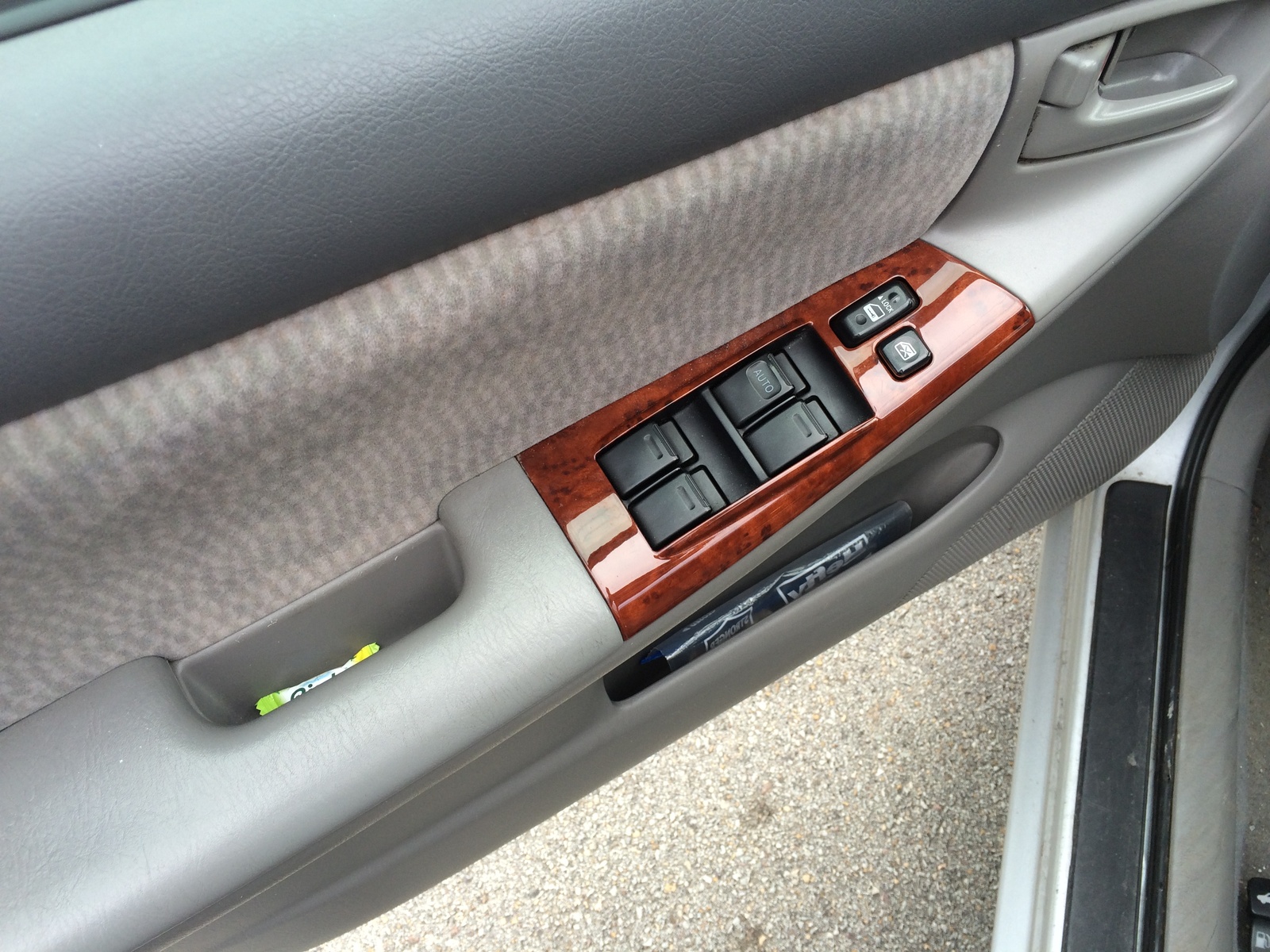 Even in the compact car class, buyers expect features like air conditioning, power-adjustable mirrors, a tiltable steering wheel, and a CD player. And all of those items are standard in the cheapest Corolla, the CE.

From CE trim, you have two choices. You can go the upscale route and pick the Corolla LE, or you can go the sporty route and get the Corolla S. The S trim is mainly a styling exercise, adding ridiculous amounts of lower body-kit plastic that resembles stitched together overinflated balloons. Options include 15-inch aluminum wheels, power windows, power door locks, remote keyless entry, cruise control, and a power sunroof.

The Corolla LE avoids the tragic body kit but goes overboard on the fake-wood interior trim. This model does have fancy electroluminescent gauges, though, along with power windows and door locks, and remote keyless entry. Options include cruise control, a JBL premium sound system with a CD changer, and a power sunroof.

Toyota provides plenty of places in which you can stash your stuff. The glove compartment and the bin under the center armrest are both a good size, and other items stow in the door panel slots and a dashboard tray with a cover. 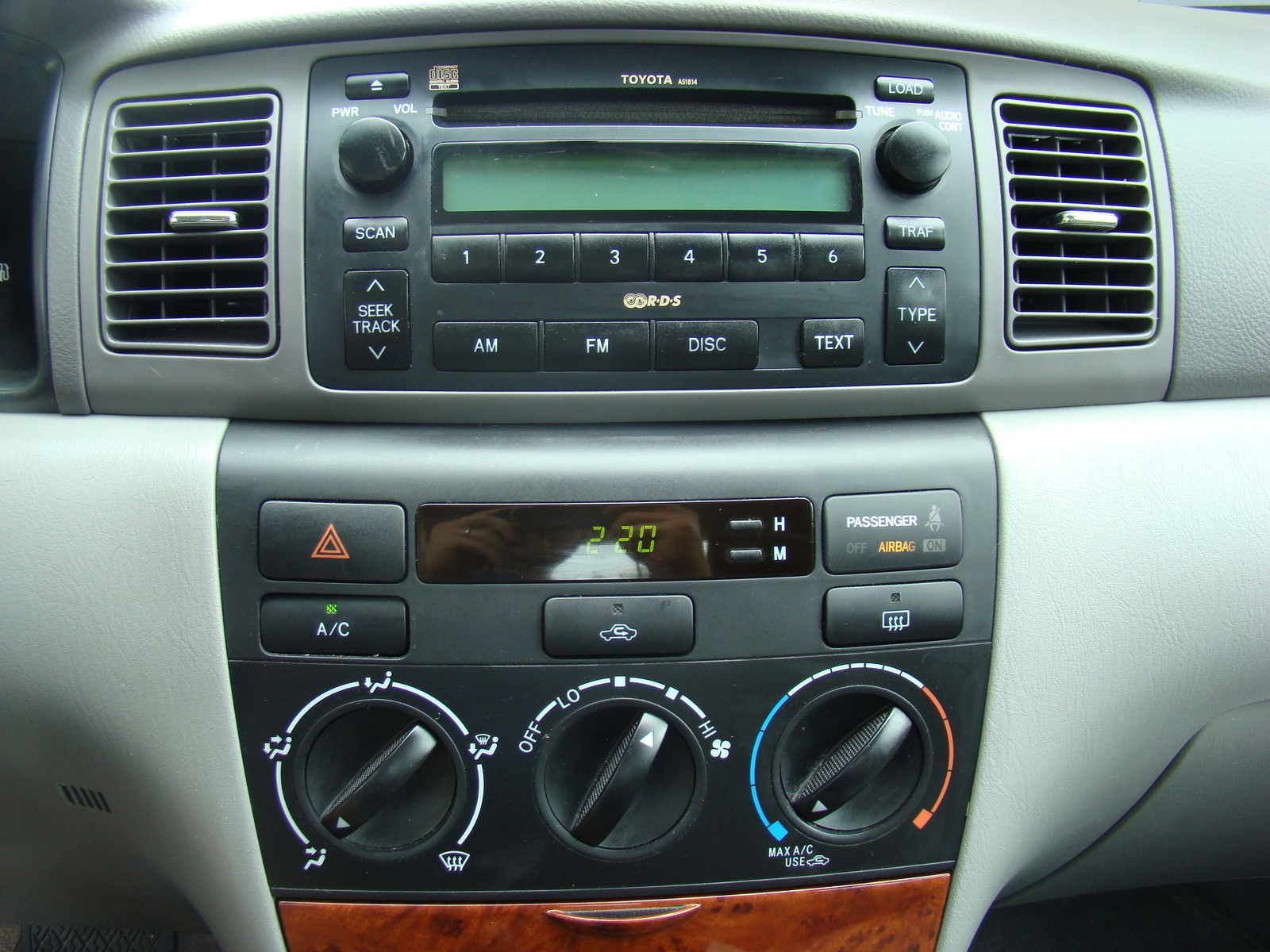 Technophobes rejoice, for the 2008 Toyota Corolla is as simple as Forrest Gump. You get a CD player and an outside temperature display as standard equipment, while options include a JBL sound system and a CD changer. Bluetooth hands-free calling is not offered for the Corolla. 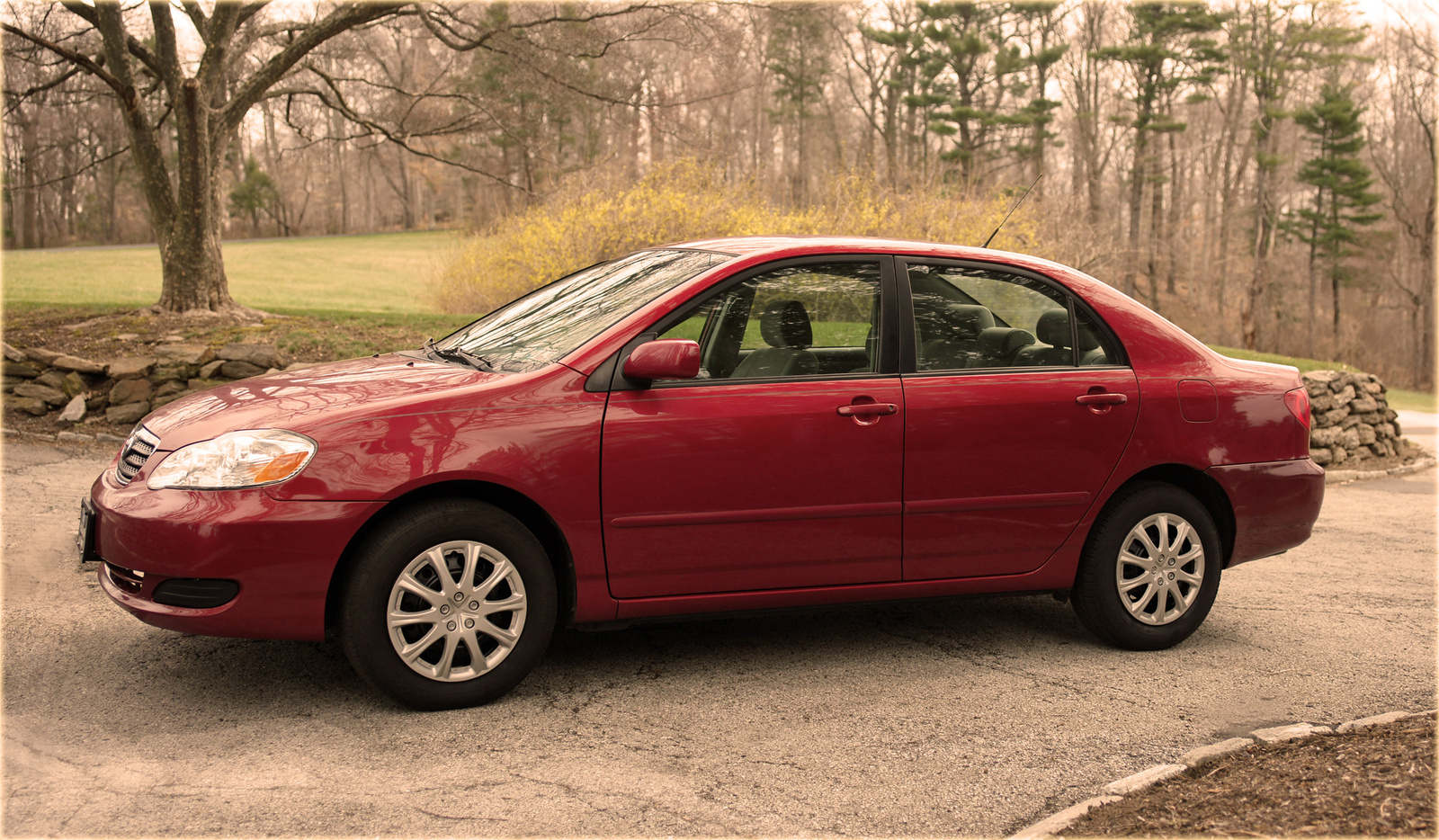 Aside from dual front airbags, the Corolla includes no meaningful safety equipment. You can upgrade the car with side and side-curtain airbags, antilock brakes, and stability control. All are highly recommended.

In crash tests, the National Highway Traffic Safety Administration (NHTSA) gives the 2008 Corolla a 5-star overall rating. The Insurance Institute for Highway Safety (IIHS) isn’t as positive. In the moderate overlap, frontal-impact test, the Corolla earns a Good rating. In the side-impact test, though, the car gets a Poor rating unless it has the side airbags. Then, according to the IIHS, it rates Acceptable. 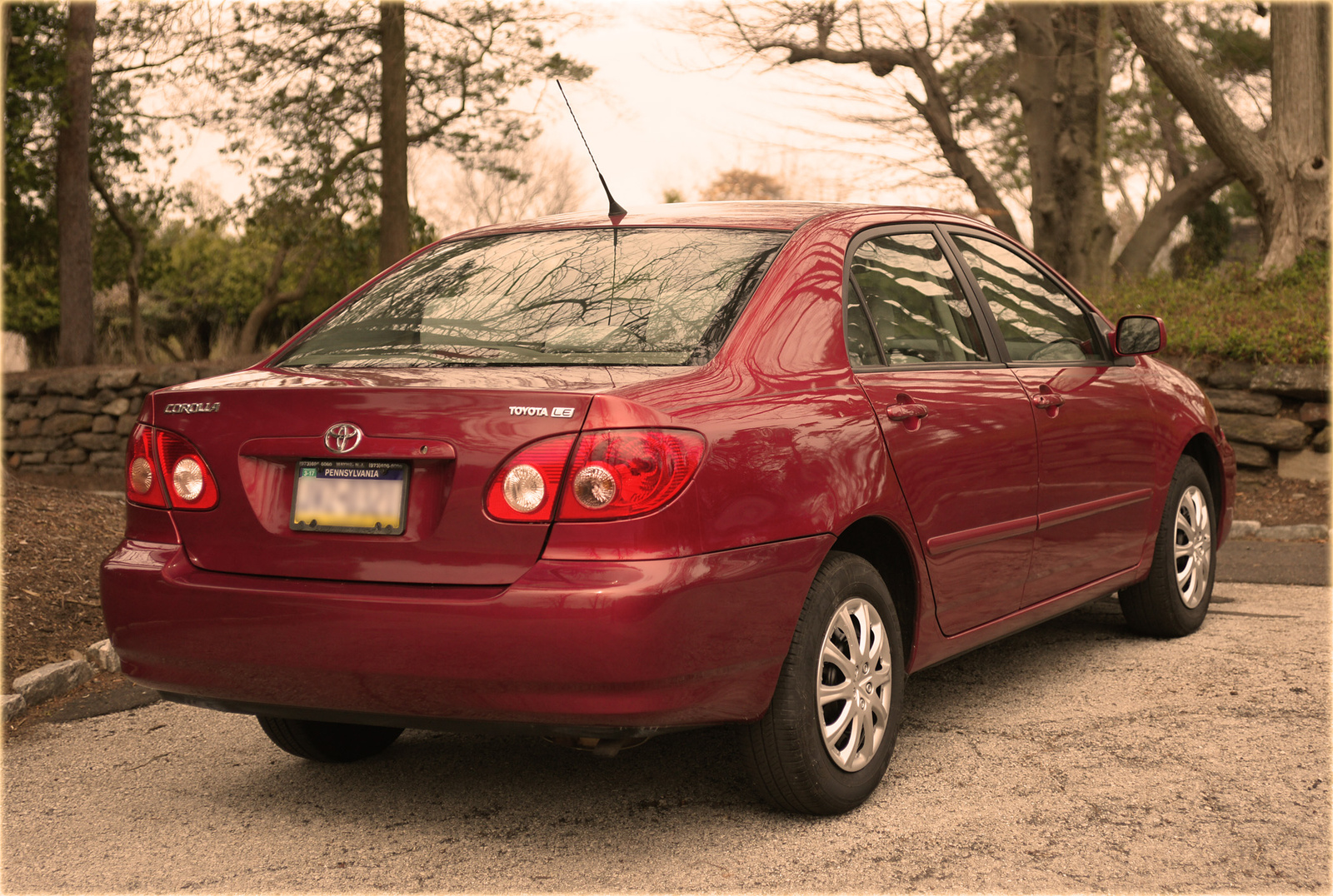 Dependable, efficient, and simple, a 2008 Toyota Corolla isn’t going to cost much to keep on the road. Plus, it’s likely to be worth more than competitors when the time comes to sell it. And that’s good because with prices ranging between $14,500 and around $19,000 with all of the upgrades, it commands a premium over other choices.

What's your take on the 2008 Toyota Corolla?

Users ranked 2008 Toyota Corolla against other cars which they drove/owned. Each ranking was based on 9 categories. Here is the summary of top rankings.

Have you driven a 2008 Toyota Corolla?
Rank This Car

What Is An Insert And Does It Really Cost $2k To Replace?

So my Corolla(08) stopped while driving. I got a diagnostic done and the mechanic says it needs a new insert and its cheaper to replace the whole motor. Is this really a thing?

Why Would My E.brakes Work And Not My Floor Brakes,2008 Toyota Corolla CE.

I've changed everything on my rear brake,on a 2008 Toyota corolla CE.and my e brake .works perfect but not my floor brake. Why?

Why Does The Car Not Accelerate

I was in traffic and put the gear on neutral, when vehicles started moving while taking the gear from neutral to drive it made a funny jerking sound and suddenly could accelerate afterwards. the car w...

Can You Deliver A Car To Revere,if I'm Definately Bying It ?

can you deliver to Revere,Ma., i'm definately buying it but I have no way to get there, i'll even pay cash.?