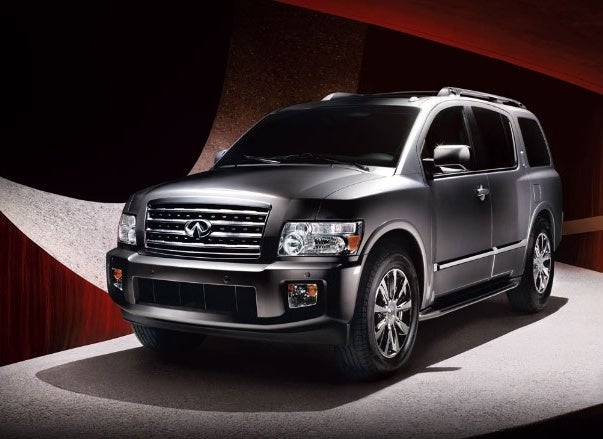 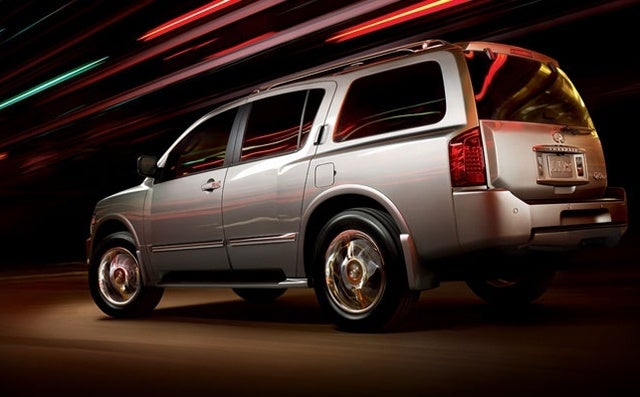 For the 2008 model year, Infiniti's full-size SUV, the QX56, receives its first exterior redesign since its launch in 2004, as well as some upgraded interior features. In addition, the automaker offers QX56 buyers three years of complimentary (i.e. free) XM satellite radio service and XM NavTraffic service.

Inside, the QX56 continues to display its luxury pedigree, with leather seating for all three rows, heated front seats with power adjustment (10-way for the driver, eight-way for the passenger), a heated steering wheel with illuminated audio controls, and a 12-speaker Bose premium audio system with a 9.3-gigabyte built-in hard drive that can store nearly 3,000 songs.

Interior upgrades for 2008 include redesigned gauges for the instrument cluster and a larger eight-inch screen for the optional DVD entertainment system. There's also a greater use of wood trim to add to the interior's luxury feel, as well as a standard power folding rear bench seat. With a second-row bench seat in place instead of captain's chairs, the QX56 can seat eight passengers. Naturally, the large vehicle offers plenty of interior passenger and cargo space.

Power for the QX56 remains unchanged, in the form of a hefty 320-horsepower, 5.6-liter V8 engine that ably moves the big SUV. Of course, the downside of such a large engine, and such a large vehicle, is that gas mileage suffers miserably (in the neighborhood of 13 mpg when driving around the neighborhood). But for those buyers seeking a large luxury SUV, the 2008 QX56 not only meets the requirement, but exceeds it in just about every way.

Big97Mike Looking for a QX56 for my family to travel on vacation.

Can A Key/Fob Be Locked Inside A Car?

Is it possible to lock a key/fob inside the car? I misplaced my key/fob and doors are locked. I only have the one so I need to get a locksmith to open car if that is possible. Otherwise what option...

Change the battery ,starter and altanator lights not coming on inside ac is blowing but the engine won't turn over

Looking for a direct Ipod connection for my new QX56 radio. WHo makes the radio and is there a connector on the market? Wnat to use the nav. screen controls to run my Ipod

Fob And Key In Fob Question

last night wqe were driving home and suddenly there was a huge explosive noise accompanied by a yellow flash coming from under the car. The hazard lights came on automatically. we thought we had blo...