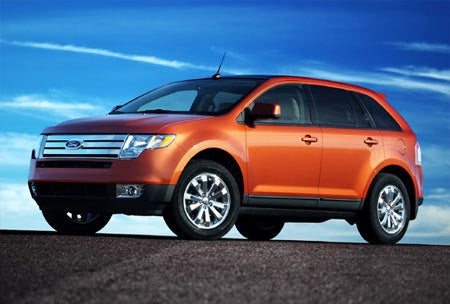 Slick styling and impressive safety performance combined with a comfortable, spacious interior, a smooth ride, and a peppy engine produce a crossover that truly feels like a car and should give the Edge a nice foothold in a growing market.

While the exterior design has been well-received, some have criticized the interior for looking cheap and the rather costly interior upgrade options as tacky, and weak brakes and a nasty blind spot have put off many drivers.

Ford has put together quite a nice vehicle with a few glaring omissions. In the crossover market, for those hoping for the best of both worlds, you’ll be disappointed. However, if you’re looking for a nice middle ground between wagon and minivan, and a vehicle that can do a little bit of both, you could do a lot worse than the Edge.

Pulling some visual cues from Ford’s rather popular Fusion, the Edge has returned in 2008 relatively unchanged from its debut. New for this model year are a third trim level and four additional paint options, as well as Sync, a new hands-free system developed in conjunction with Microsoft to allow voice control of Bluetooth-enabled phones, mp3 players, and entertainment systems. The Edge now comes in three trims, each of which is available with front- or four-wheel drive.

The Edge features sporty, aggressive styling, especially for the “crossover” market, which continually tries to distance itself from being lumped in with either wagons or minivans. Its striking chrome grille was first used in the Fusion and leads the eye back to wide fenders and new optional 20-inch chrome rims. Out back, its sloping roof does give a sportier appearance than the more traditional boxed approach, but limits cargo room.

Complaints of a cumbersome liftgate handle from the debut year have been addressed with a redesign of the mechanism and even an optional powered liftgate. A one-touch driver window control has been added, as well as the HomeLink garage door opener, standard for the new Limited trim level and optional for the SEL, but missing from the SE version.

The Edge has received generally positive reviews, with a few complaints, but overall has pleased its audience and critics with an impressive safety record and attractive design. 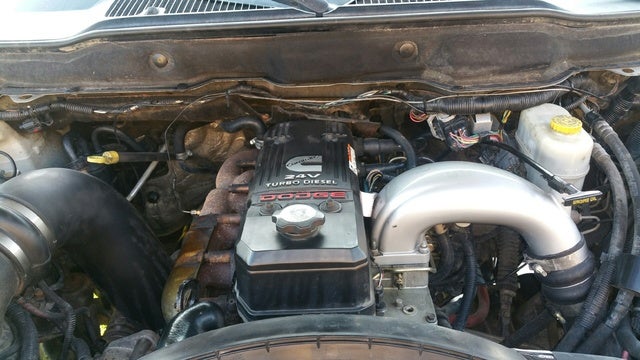 The Edge's Duratec 3.5-liter, all-aluminum V6 is back, putting out the same 265 hp and 250 lb-ft of torque, which might seem a bit anemic for a vehicle weighing well over 4,000 lbs, but it’s enough to leave towing capacity at 3,500 lbs and to push it from 0-60 in less than 8 seconds, depending on the drivetrain. Fuel economy comes in at 16 mpg city and 24 mpg highway for the FWD version and 15/22 for the AWD, but is helped by its ability to run on 87 octane.

Available in standard FWD and active AWD drivetrains, the six-speed automatic transmission has been a weak point of the vehicle, leaving many reviewers to complain about its ability to find the correct gear, especially on the highway. Couple that with relatively poor fuel economy, even for a crossover, and many people have been left wanting more.

That said, the engine has been named one of “Ward’s 10 Best Engines” by Ward’s Auto World, and is capable of achieving Partial Zero-Emissions Vehicle (PZEV) certification, no small feat for a big V6 that remains relatively quiet, even at highway speeds.

The Edge's independent suspension front and rear belies an attempt at sportiness that might have missed the mark in this case. While it offers a comfortable ride, body roll can be excessive, and overall handling is moderate, especially considering its styling and marketing. However, in a straight line the ride is smooth and lacks the typical rigidity so often carried over from the truck part of a crossover’s heritage, due in part to its unibody construction, utilized instead of a body-on-frame design.

In all, drivers should find ride and handling more than adequate for the Edge's intended purpose, and should only notice its shortcomings when pushing the vehicle into aggressive driving territory, which is perhaps beyond its makers' intentions. 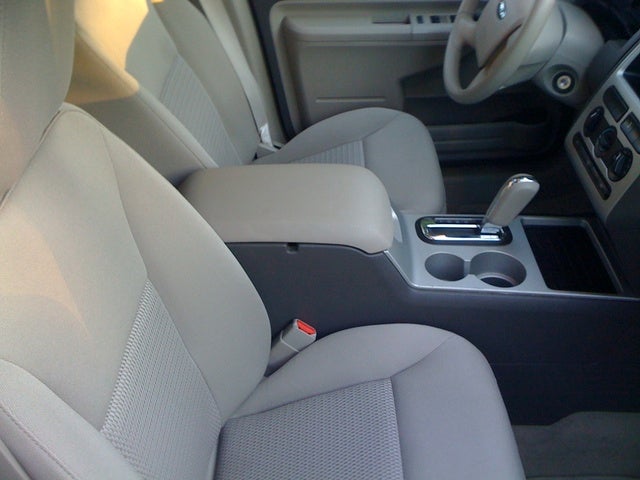 With three trim levels available, one new for this model year, the interior of the Edge has been a rather mixed bag. Overall comfort, which has been praised almost unanimously, has been hurt by tacky and expensive interior options.

Considered a “true” five-seater, the interior space is ample for all passengers, even when of adult proportions. Much has been said of a center console that is large enough for a laptop, which is indicative of the interior as a whole. The Edge is much roomier than it looks, with 40 inches of headroom for the front seat and 39.3 for the rear, as well as almost 60 inches window to window. With the rear seat folded down, capacity rises to 69 cubic feet, despite the seat’s lack of any mobility to the front or rear, which has drawn complaints.

The base trim is well-equipped, with 17-inch alloys, air-conditioning, automatic headlamps, and tinted glass all standard on the SE. Moving up to the SEL provides interior items such as metal trim pieces, color-matched mirrors and door handles, and a leather steering wheel. Additionally, you’ll find a power driver’s seat, trip computer, foglights, reverse park assist, and more for this mid-level option.

The new Limited top-level option adds extensive goodies, with leather, heated mirrors, dual automatic climate control, and heated front seats, both of which are powered. Outside, extra chrome further sets the Limited apart from the other models with beltline body accents.

The Vista Roof, an option for the SEL and Limited, provides a power front sunroof and rear skylight that has been noted as producing some noise at speed. The Sync system can also be partnered with upgraded sound, navigation, and entertainment systems for those willing to put up the extra money. 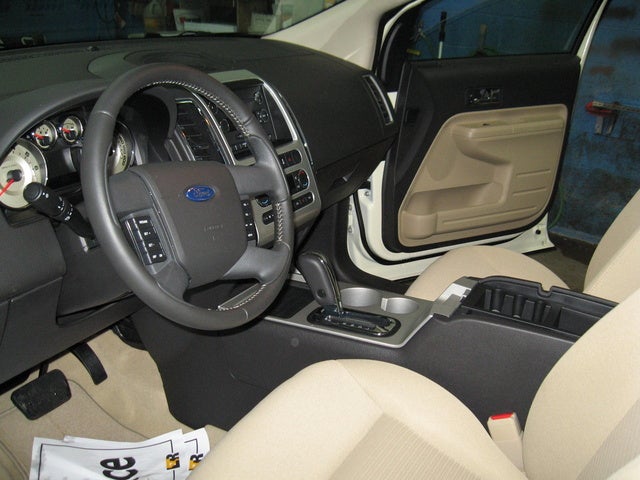 A high point of the model, the Edge has received praise across the board for safety. Both the National Highway Traffic Safety Administration and the Insurance Institute for Highway Safety have given the Edge top marks, rating it four and five stars in every category. In addition to the standard airbags, ABS, and stability control, the Edge boasts seat-mounted side-impact airbags for the front and side curtain airbags for the front and rear. Notable are the inclusion of active head restraints on the front seats and Ford’s exclusive Roll Stability Control, a system designed to sense and prevent rollover. Four-wheel anti-lock brakes are standard on all models and have been criticized as being slightly inadequate, but not enough to compromise safety.

While overall the Edge has received positive reviews, there are some glaring weak points, with owners repeatedly mentioning blind spots and weak brakes. Many have complained of the gas mileage, which has been found to be less than advertised and weak for a crossover vehicle, even at the published numbers.

Opinions on interior space vary, but are generally positive, especially considering the ease with which most people find they can enter and exit the vehicle. Styling has been a high point, with people mentioning the car getting frequent comments from people on the street, and the 18- and 20-inch wheels have been called especially attractive options.

GuruCQM5G don't know yet just got a use one and I like all the reviews, I don't like what read about the brakes, but we will see

Users ranked 2008 Ford Edge against other cars which they drove/owned. Each ranking was based on 9 categories. Here is the summary of top rankings.

Have you driven a 2008 Ford Edge?
Rank This Car

I Wanna Sale My Car

6 views with no answers yet
90

Why Does My Ford Edge Have A Gas Smell?

I recently had my gas tank repaired due to it leaking from the seam. There was a recall that ford put out but myI did have a leak in the gas tank underneath and has been repaired but still have a ga...

How Do I Open Glass In Back Hatch

Engine Oil In My Coolant

I have a 2008 Ford Edge SE and I have engine oil in the coolant. The engine does not over heat; however, it purges the milky colored oil due to overflow. Does anyone know what might be causing t...

388 views with 4 answers (last answer about a year ago)

I recently change the serpentine and drive belt. However when turning the harmonic balancer I wasn't sure whether to turn it clockwise or counterclockwise so I did both in order to get the belt bac...