A powerful front-wheel-drive sedan with loads of standard luxury features. 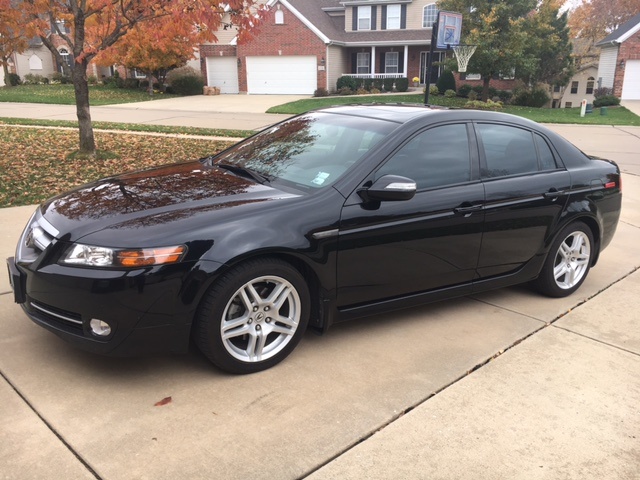 For its final year of the current generation, the 2008 Acura TL returns with even more power and some touchups to its hot exterior. It remains one of the best values among luxury sedans, and the Type-S model turns up the heat. 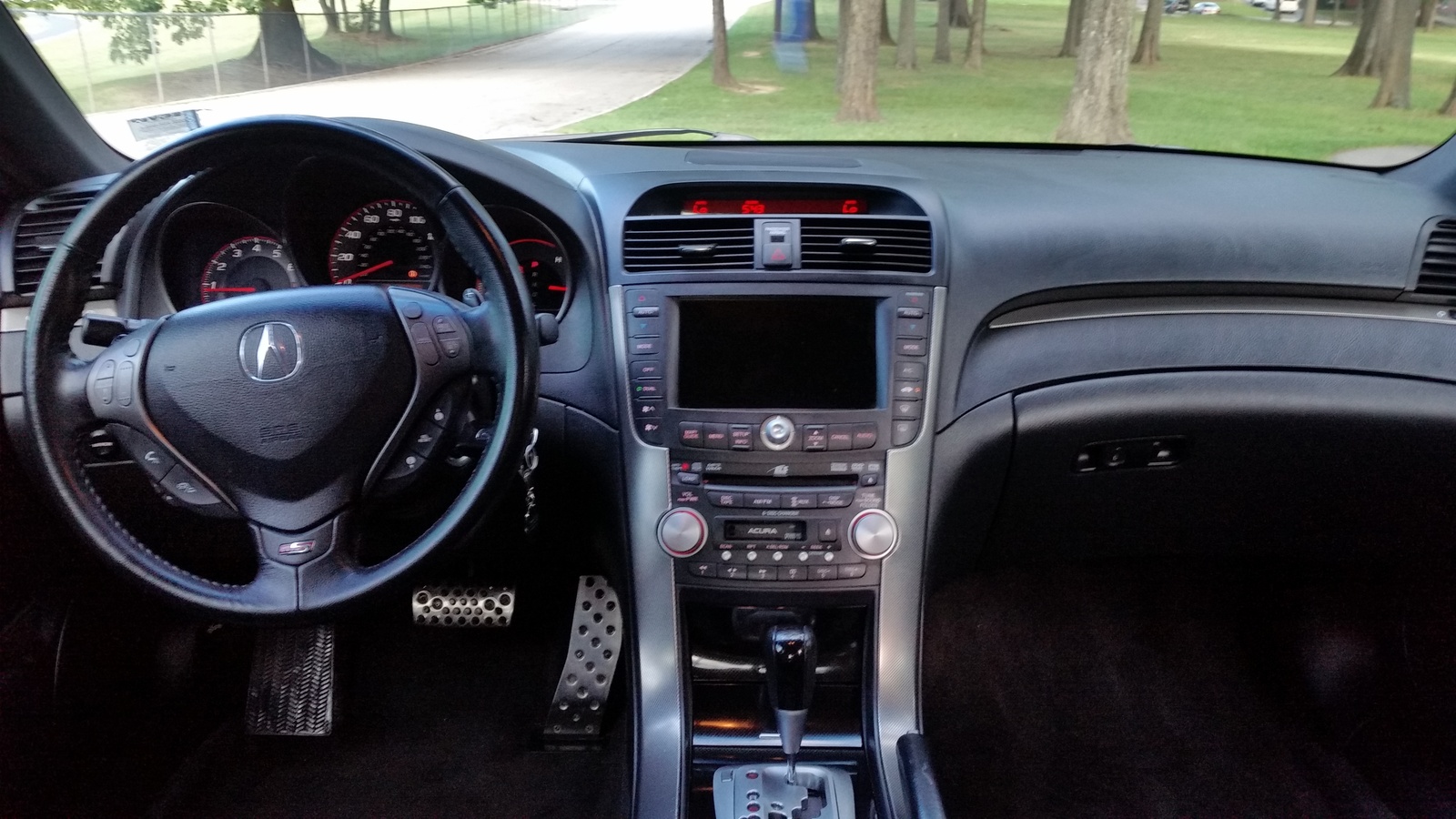 Mild tweaks for 2008 include larger side-view mirrors without the super-cool winglet mounts of the 2004 original. On the Type-S model, which returned from a brief hiatus for 2007, there are quad exhaust tips, a lip spoiler on the trunk lid, dark gray thin-spoke wheels, and tinted headlight covers. Any way you look at it, the TL is more upscale than the Honda Accord it's based upon. It's a study in good automotive design. The front bumper crease aligns with the A badge and the grille's lower point. The grille shape mirrors the hood, which widens from the car's nose and is wedge-shaped, unlike the typical square-shaped cutout you'll find on more ordinary cars. Check out the shoulder line that cuts through the door handles and blends with the rear reflector, or the thick C-pillar that lengthens the car's body. That's a visual trick to make this midsize sedan appear larger.

The interior feels just as special and it's more expressive than rivals from BMW, Audi, or Infiniti. Changes for 2008 include a three-spoke steering wheel and instrument panel gauges with restyled typefaces and white concentric rings on the outside. The quality of the leather, wood or metal trim, and other materials is very good. 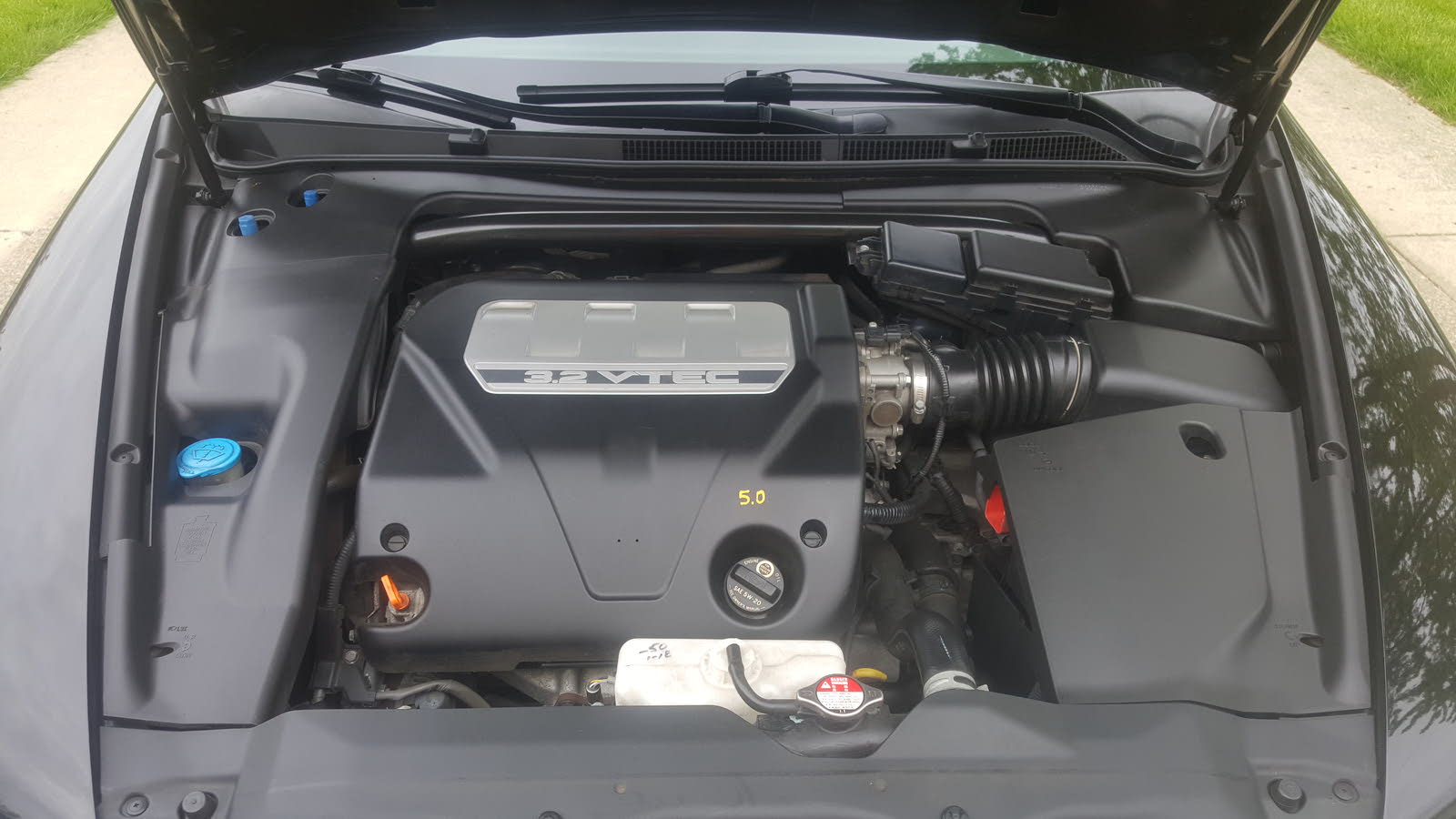 A 3.2-liter V-6 engine makes 258 horsepower and 233 pound-feet of torque (ratings decreased from earlier years due to revised measurements by the SAE). The Type S has a 3.5-liter version of this engine good for 286 hp and 256 lb-ft. Either engine feels powerful. Under heavy acceleration, there is excessive torque steer. In a front-wheel drive car, the wheels must transmit all longitudinal (acceleration) and lateral (steering) forces. Put too much power in a car like the TL, and the wheels ultimately start turning on their own, despite Acura's limited-slip differential that's supposed to reduce those negative effects. But physics can't defeat this handicapped setup, which is also compromised by excessive weight on those front wheels. Acura's Super Handling All-Wheel Drive would help—it can preemptively transfer power in the front axle from left to right—but the company doesn't offer it on the TL.

So, take care with the throttle and you'll have a good time in the TL. The suspension strikes a great balance between comfort and agile handling. The Type S comes with large Brembo disc brakes and a precise six-speed manual transmission. A five-speed automatic is standard on the regular TL and optional on the Type S. Summer tires are an option for the Type S.

Fuel economy adjusted to modern EPA estimates is 18 mpg city, 26 mpg highway, and 21 mpg for the 3.2-liter engine with the automatic. The Type S automatic is 17/26/20, while the Type S manual returns the best economy at 18/27/21. The TL requires premium gasoline for best performance and efficiency. 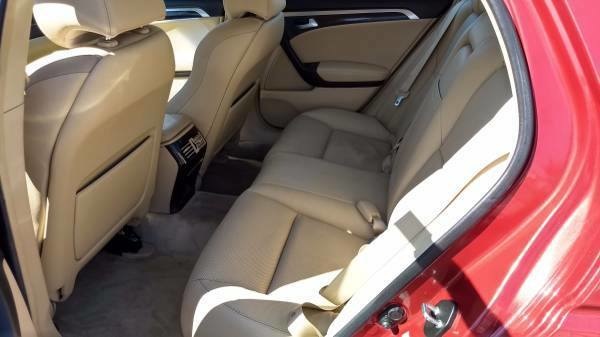 The TL has seats that some drivers may find too low and narrow, while the thick C-pillars block rearward visibility. Trunk space is small, at only 12 cubic feet. The backseat is accommodating and well-suited for long trips, if everyone packs light. The gated shifter is a bit complex, and there are no paddle shifters on the steering wheel like in other cars.

You'll find three large gauges, big LCDs for the stereo and climate, and buttons and knobs for everything else. It's simple to use the navigation system, although voice commands can sometimes take too long to process. 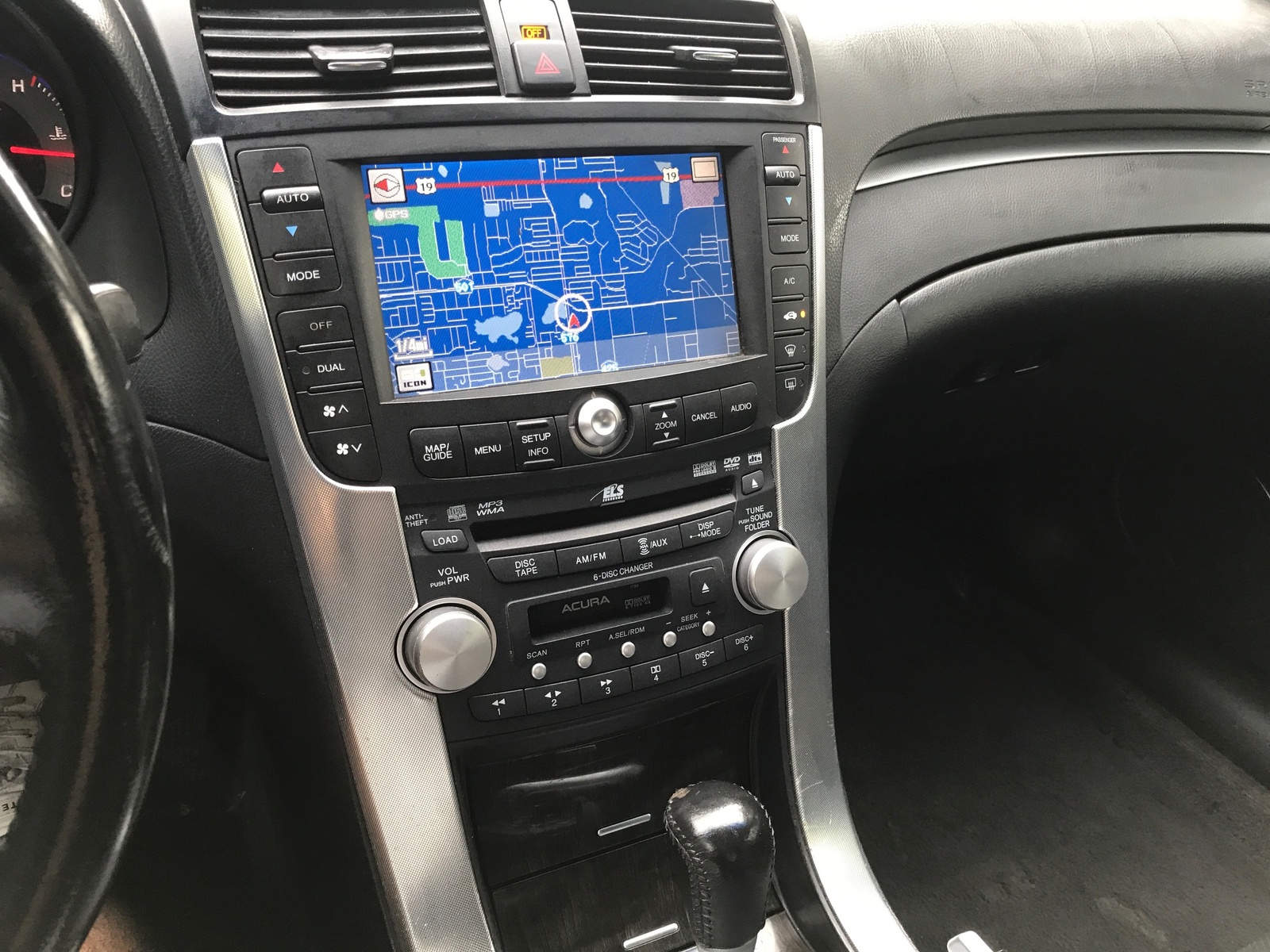 The regular TL comes with only one option package that adds navigation, real-time traffic, voice recognition, and a backup camera. Also included with the navigation is 3D Solar Sensing, which adjusts the climate control by using the car's location and light sensors within the interior. to estimate the position of the sun and measuring the actual sunlight from a sensor mounted in the interior to best adjust the air conditioning. This package is standard on the Type-S. 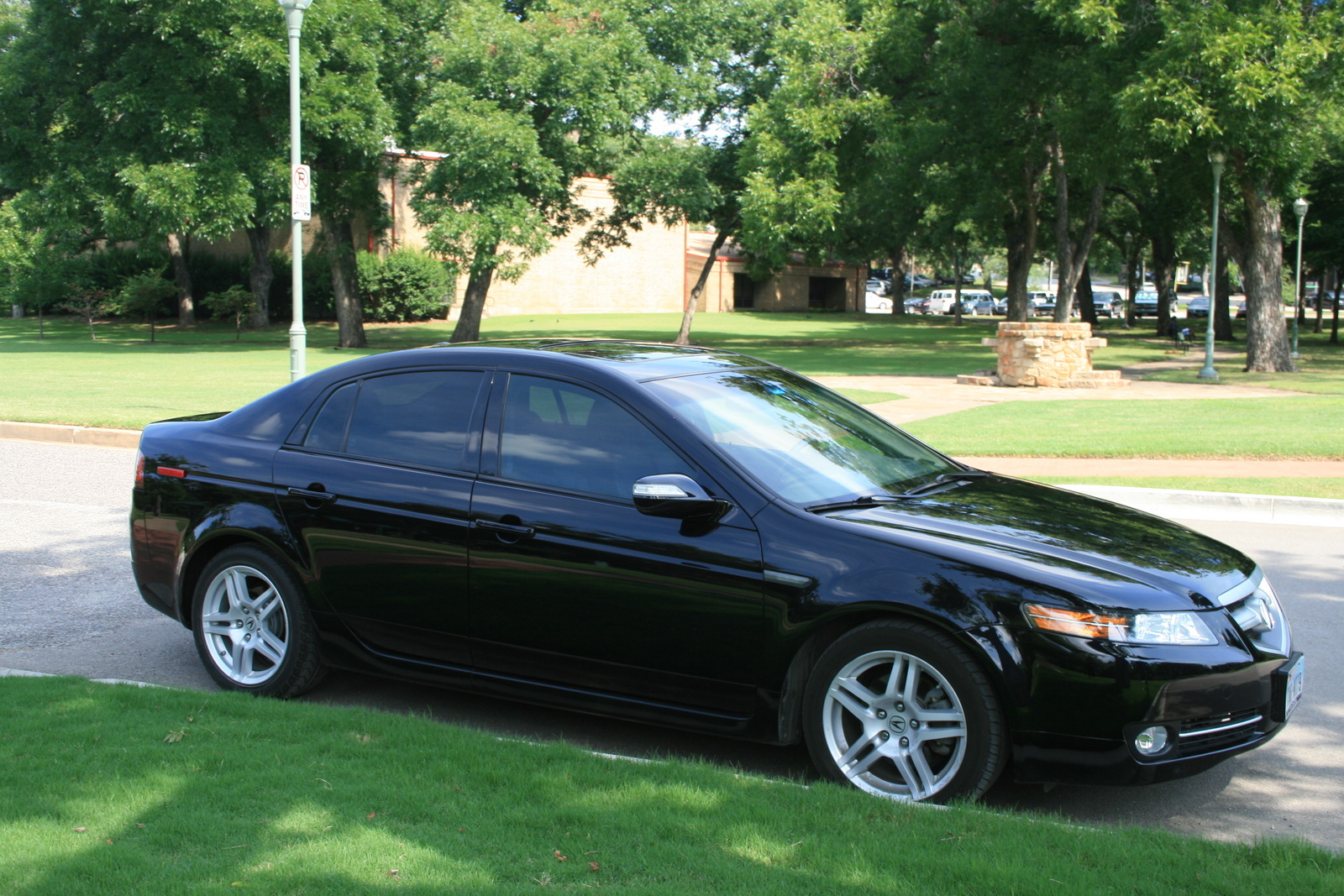 Standard on the 2008 TL are dual front airbags, front side airbags, front and rear head curtain airbags, ABS, traction control, and stability control. The 2008 TL has not been crash-tested. However, the Insurance Institute for Highway Safety (IIHS) ran the mechanically identical 2004 TL in the front moderate overlap and side tests and the car scored the top Good ratings. The National Highway Traffic Safety Administration (NHTSA) rated the 2004 TL at five out of five stars for the driver and passenger in a frontal crash, four stars for the driver in a side crash, and five stars for the rear passenger in a side crash. 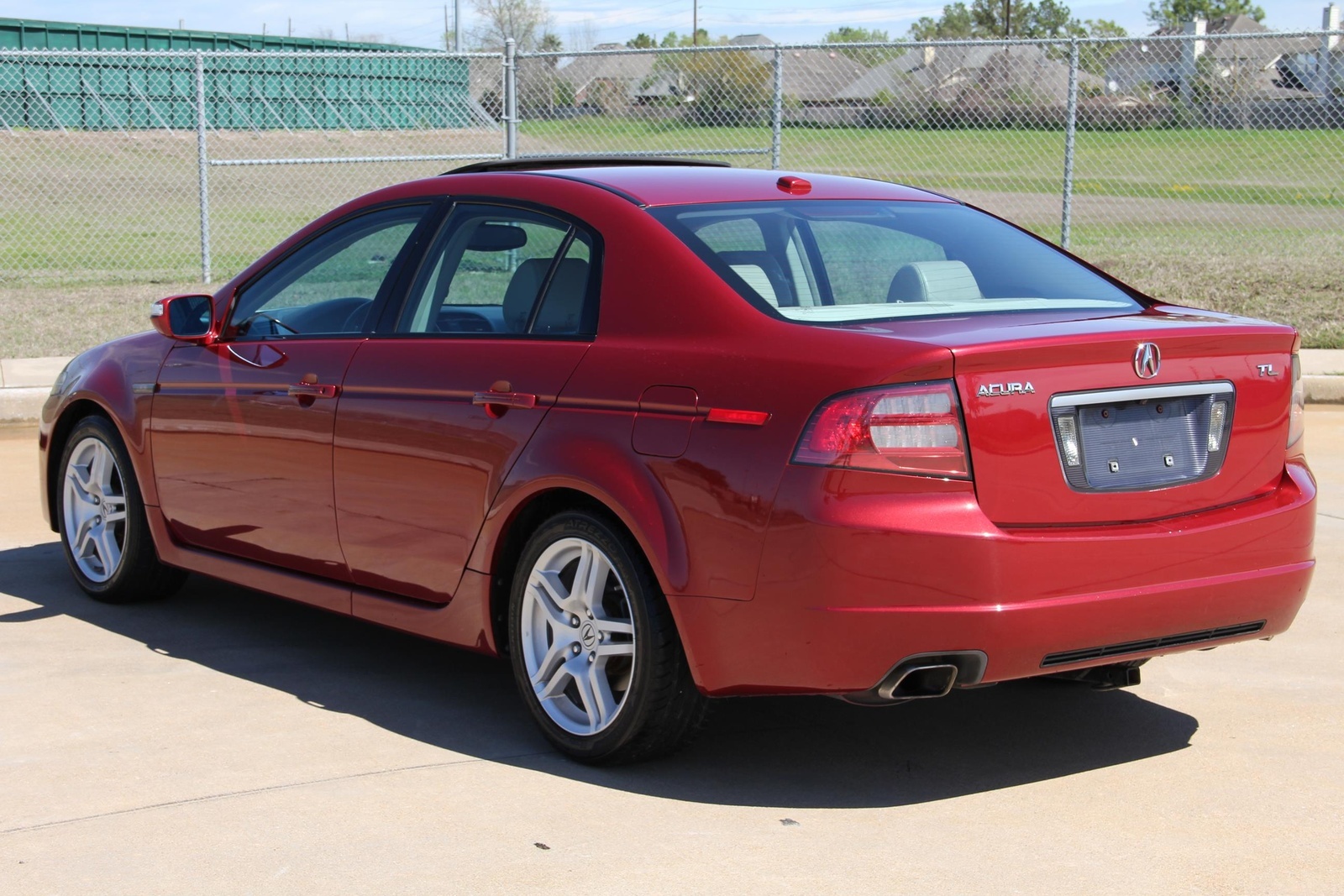 The 2008 Acura TL starts at $33,725 for the base car. Maxed out with performance tires, navigation, and the larger engine, the MSRP on the Type-S is $38,425. With so many standard features, minimal options, a powerful V6, and sharp styling, the Acura TL is a great value.

Users ranked 2008 Acura TL against other cars which they drove/owned. Each ranking was based on 9 categories. Here is the summary of top rankings.

Why Is It That My Acura Tl 08 Just Shut Down While I'm Driving It Down Hwy ...

Driving down the hwy and my car just shuts down and starts back up . Then I get home and it will not go in reverse and it's like the system goes haywire. Any answers please

19 views with 2 answers (last answer about a month ago)

853 views with 7 answers (last answer about a year ago)

Can I use E85 in my 2008 Acura TL. I tired it before and the performance was mind blowing but I got a code light because of it. Is it something I can do again or is it not recommended.

139 views with 2 answers (last answer about a year ago)

Passenger front window on my Acura tl 2008 fell inside the door. When I took off the door panel there was a broken piece inside don't know where it came from or how to fix it. I got the window up a...

Hi...I have a 2008 Acura TL...have changed the alternator, fuel pump, starter and battery. Now it's not turning over and making no noise at all.

38 views with 3 answers (last answer about a year ago)