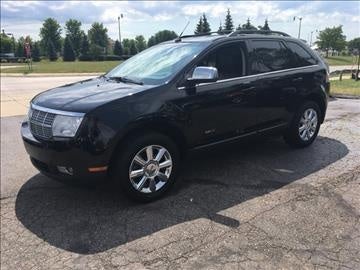 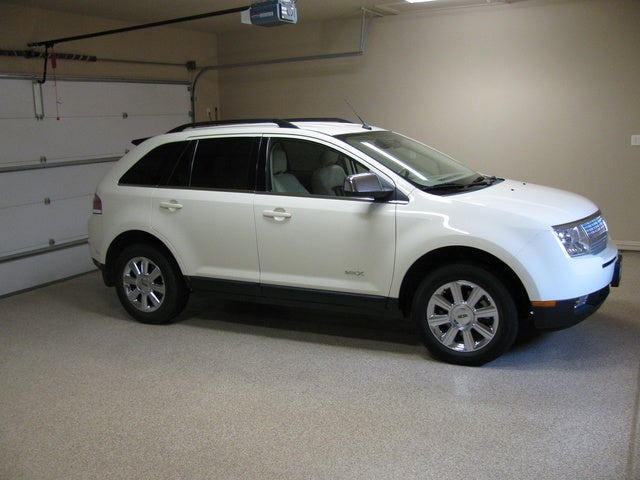 The 2007 Lincoln MKX is a five-passenger, luxury crossover vehicle known its relative fuel economy (18 city/25 highway for the two-wheel drive trim). Its buyers have the luxury of choosing from nine colors, including one called Creme Brulee.
The MKX's competition includes its lower-priced sibling, the Ford Edge, as well as the Volvo XC90, the Nissan Murano, the Acura MDX, the Lexus RX350, and other mid-sized crossovers. Lincoln's target market is empty-nesters, although it's a shame to leave the comfy back seats empty, especially in a fully-loaded vehicle - rear-seat heaters are an option.
Standard equipment on both the 2WD and AWD versions covers a lot of comforts. Leather seats are a given, and you can opt to have them heated and cooled; there's even an option to get heaters and reclining seat backs in the second row, too.
The MKX (pronounced Mark X) delivers a quiet and plush ride, thanks to its four-wheel independent suspension and abundance of sound-deadening materials. All-wheel drive is available. Standard safety features fill a comprehensive list; among them are dual-stage front air bags with driver-seat position sensors and crash-severity sensors; side-curtain air bags are standard, too.

Blessed20 I am have problems with this car and I only had it for 9mths. The doors lock up when its cold. had two batteries.

TheHorror Maybe you're not so "Blessed" afterall?

Colleen I owned a MKX 2007 and loved that vehicle. I couldn't afford to keep it after my husband passed. I would love to own another but need something newer

Users ranked 2007 Lincoln MKX against other cars which they drove/owned. Each ranking was based on 9 categories. Here is the summary of top rankings.

Have you driven a 2007 Lincoln MKX?
Rank This Car

Hello, i just got a 2007 lincoln mkx and the airbag light on my dash is on. I also noticed when sitting in the passenger seat the pass airbag light stayed on (airbag off) so im guessing its the se...

How To Turn Off Dome Lights In A Lincoln Mkx 2007

Dose Anyone Know How How To Hook An Fuse Box Up