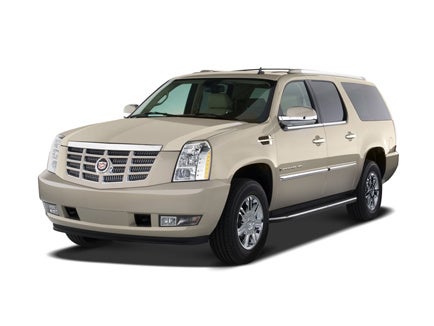 Users ranked 2007 Cadillac Escalade ESV against other cars which they drove/owned. Each ranking was based on 9 categories. Here is the summary of top rankings.

Have you driven a 2007 Cadillac Escalade ESV?
Rank This Car

Over pricing shortage ridiculous. Most of the time have engine light on electrical problems Read More

The car is absolutely unbelievable. I give Cadillac a A rating on this model for sure. Read More

By far much better than a Merc or bmw Read More

Love my Escalade. My only regret is not waiting to buy a 2021. Read More

This car has all features I could want. I am very pleased with it. Read More

Awesome interior. Very spacious and comfortable. Rides a little more rough than other vehicles i have had in this class. For a smoother ride, i would go Range Rover HSE or Surburban LTZ, which is i... Read More

Large luxurious is what I like about this SUV I never owned one but I here its the best for long road trips, which I do a lot Read More

Have you driven a 2007 Cadillac Escalade ESV?
Rank Your Car →