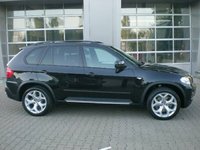 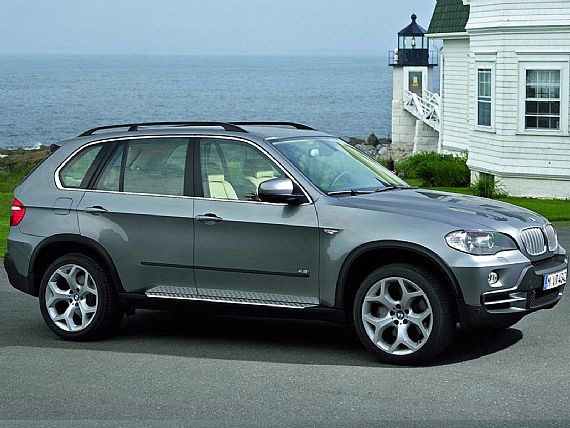 BMW’s flagship X5 SUV (the automaker calls it a Sports Activity Vehicle) got a major refresh for the 2006 model year, so changes this year are less impactful. It’s still the premium-level family vehicle that has been praised for years, and it’s still got the two powerful engines that make it fun to drive. There's a temptation to drive the X5 like a sports car or sport sedan instead of the sport utility that it actually is.

The X5 gets two engine choices for the 2007 model year. The first is a 3.0-liter inline-six that produces 260 horsepower and 225 pound-feet of torque. The hot-rod engine is a 4.8-liter V8 that makes 350 hp and 350 lb-ft of torque. Both engines are paired with a six-speed automatic transmission and standard xDrive all-wheel drive, with all-wheel electronic traction control. 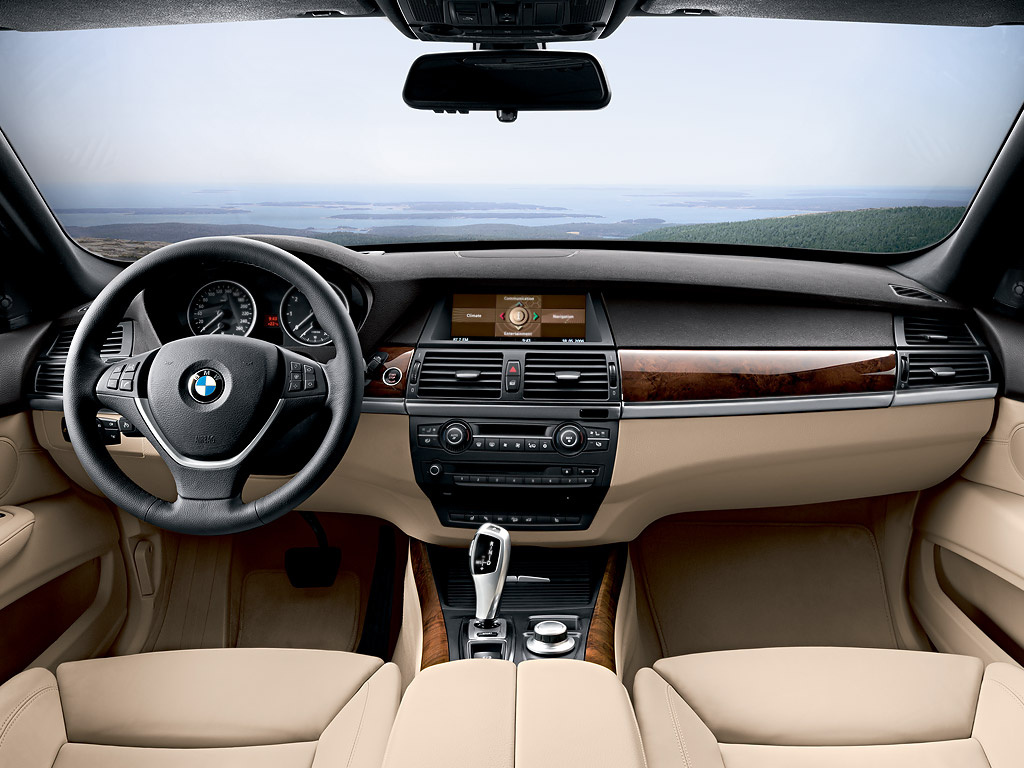 As the top-of-the-line SUV from BMW, the X5 carries many of the upscale styling touches that are expected from a vehicle of its pedigree. Muscular fender flares and a sloping hood are accented by the automaker’s signature twin-kidney grille shape. Blind spots and outward visibility are sometimes an issue because of the large rear pillars, but in most cases, the X5 offers a commanding view of the road ahead.

Interior styling is pure, simple, and straightforward. BMW cleverly engineered a dash that shades displays and screens from sunlight, making them much more visible in all situations. Headroom and legroom are both ample, except for in the third-row seats, where even children will become uncomfortable after longer periods of time. 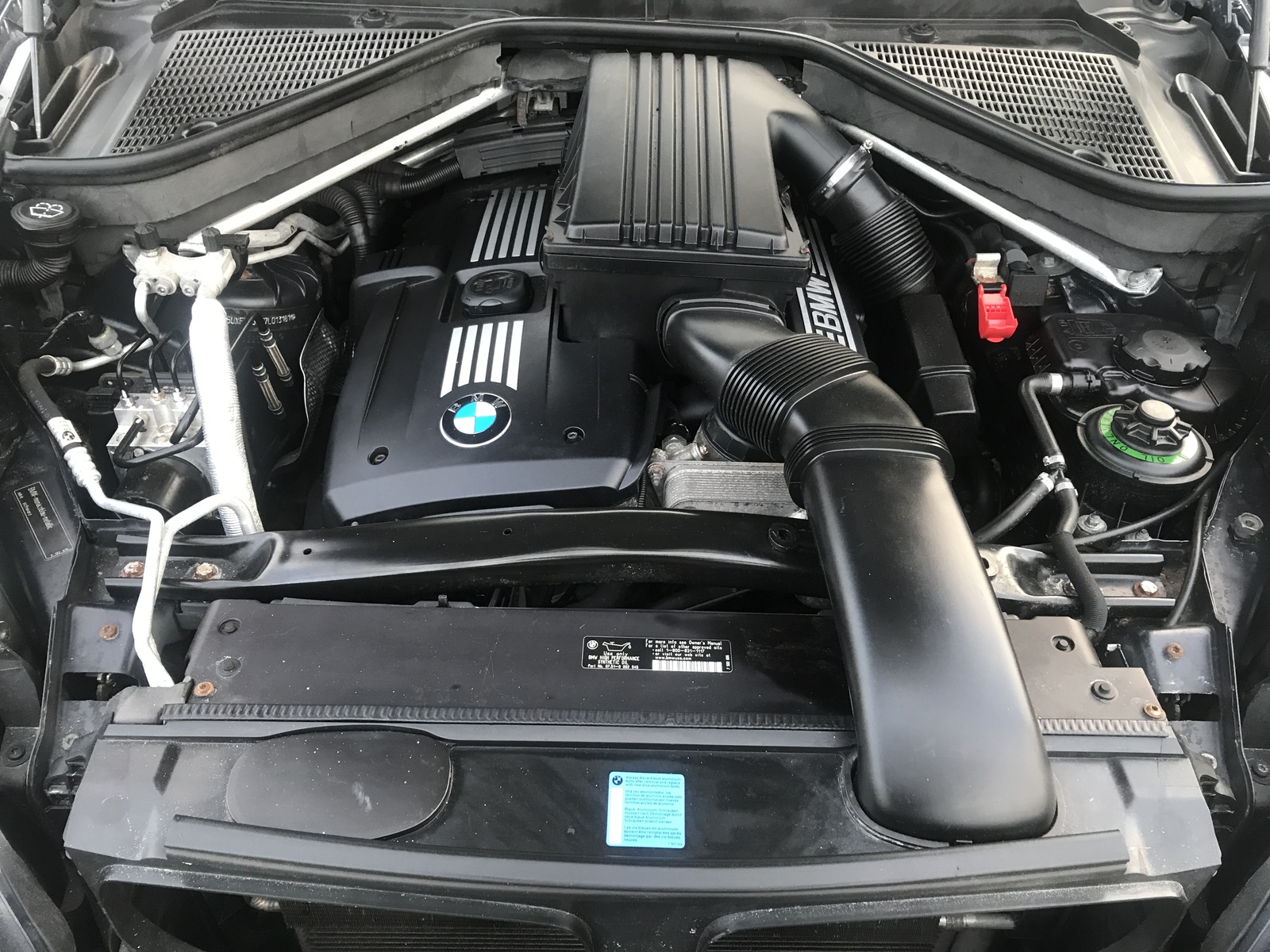 Unsurprisingly, the X5’s larger V8 offers the most power and most exciting ride, but the inline-six is no slouch. It’s gained more power than in previous years and brings quiet, refined performance to the SUV. The V8 sounds every bit as rowdy as it is, and makes the X5 feel like a true “ultimate driving machine," as BMW's ad tagline says.

The big BMW handles well, in spite of its size. It handles better than it has any business doing, and can take a curve with the best of them, thanks to active steering, solid braking, active roll stabilization, and a long wheelbase. The standard all-wheel-drive system, solid front suspension, and all sorts of high-tech performance gadgetry make the X5 deceptively quick and nimble. 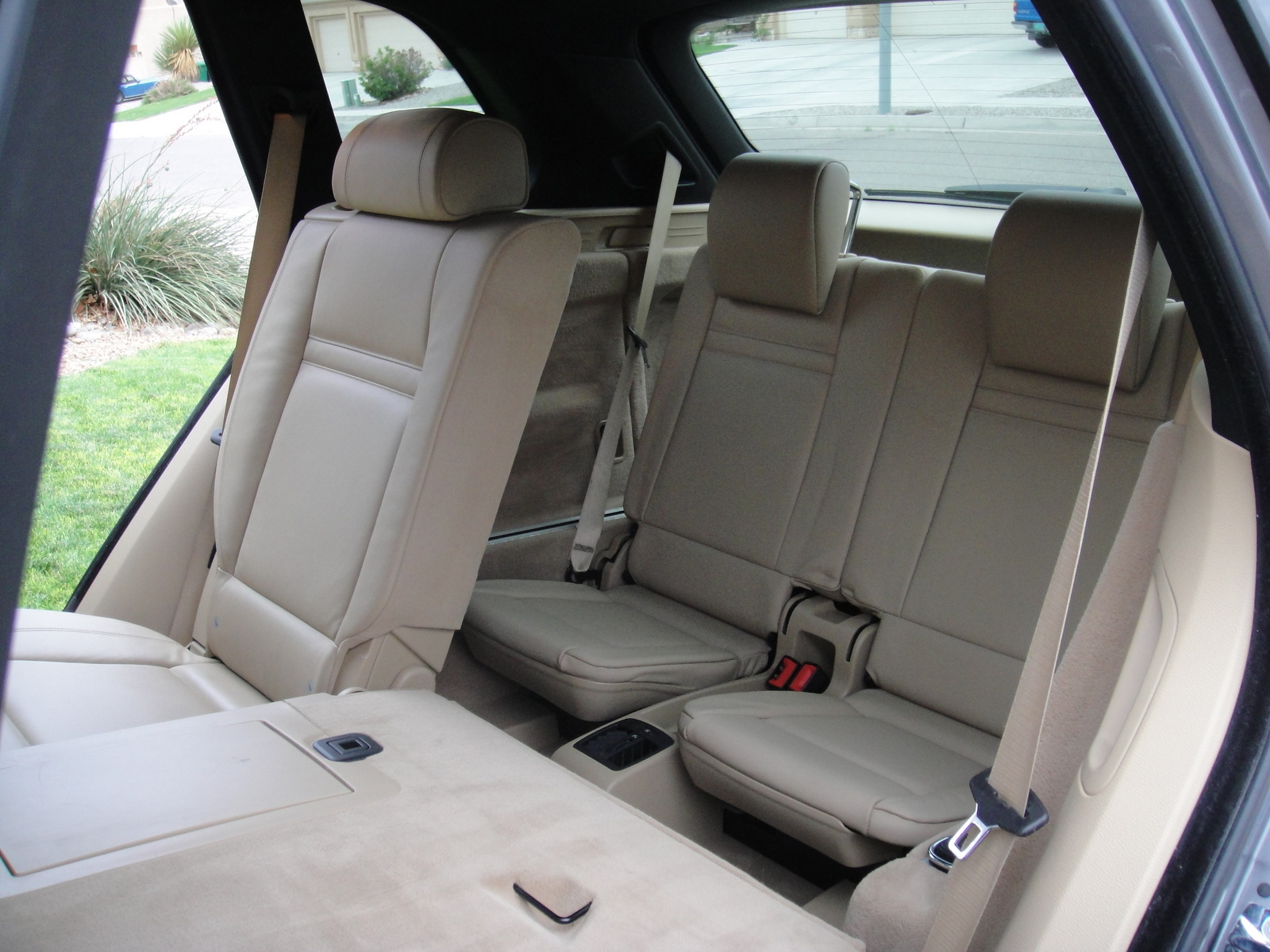 The extra space afforded by a larger SUV is put to good use in the X5. There’s plenty of room for passengers in any seat, and the front seats are sublimely comfortable for people of all sizes. All controls, buttons, gauges, and displays are within easy reach and are extremely visible to all passengers.

Cargo space behind the rear seats is ample, and folding them down opens the area up for longer items. The X5’s gently sloped roof can make it difficult to carry tall items, but lengthy cargo is no problem. That’s on top of the BMW’s ability to tow 5,000 pounds, even with the smaller engine on board. 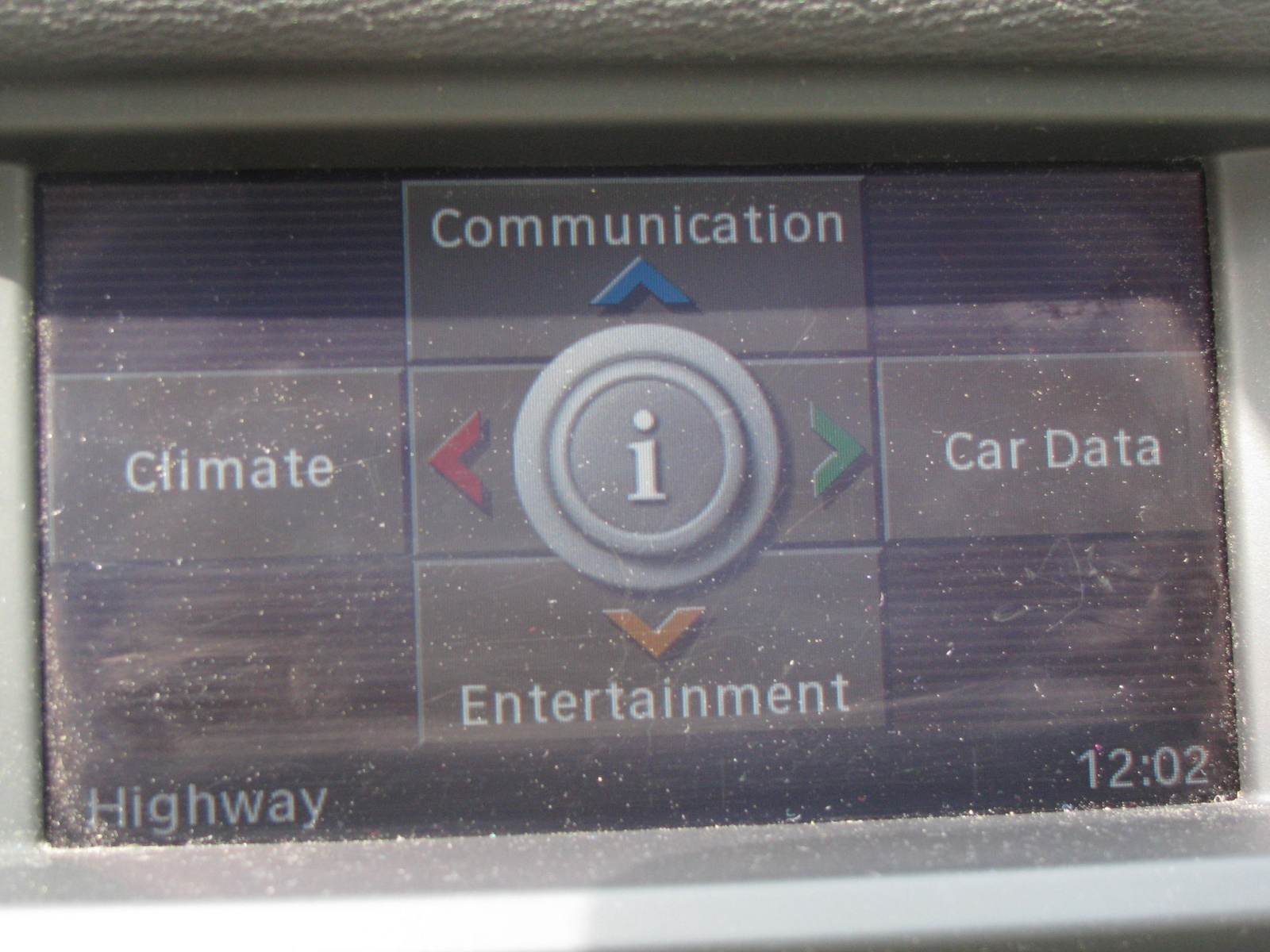 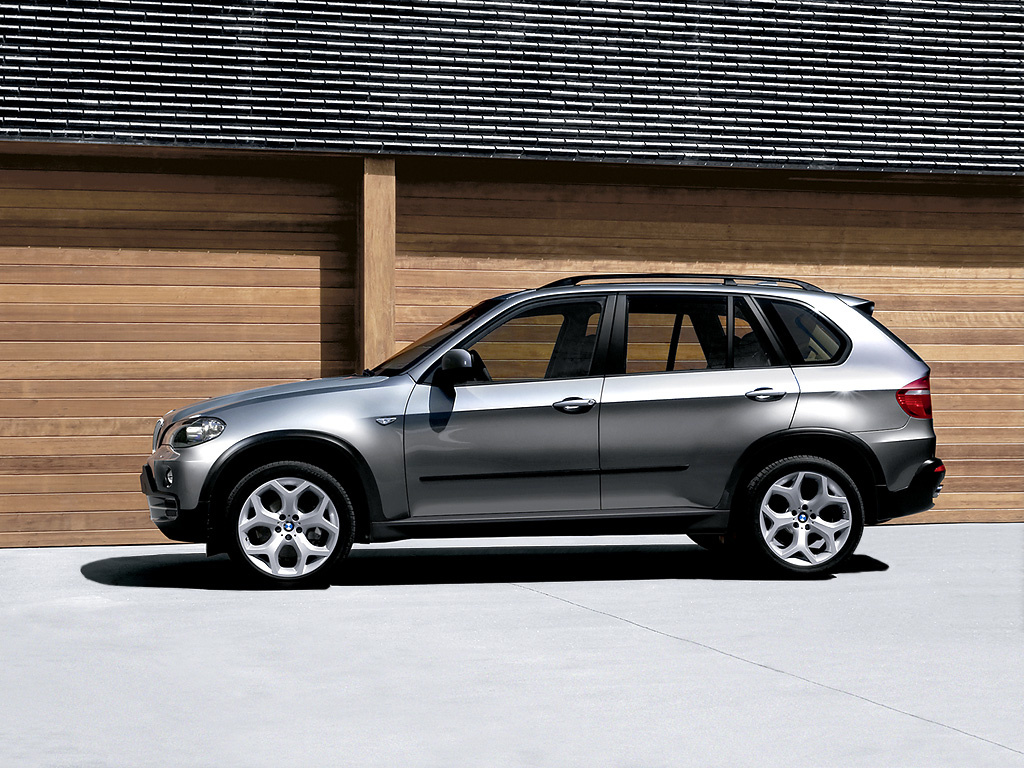 The Insurance Institute for Highway Safety (IIHS) gave the 2007 BMW X5 its highest "good" rating in both moderate front overlap front and side crashworthiness. The head restraints and seats were rated "poor." The National Highway Traffic Safety Administration (NHTSA) has not yet rated the 2007 X5. 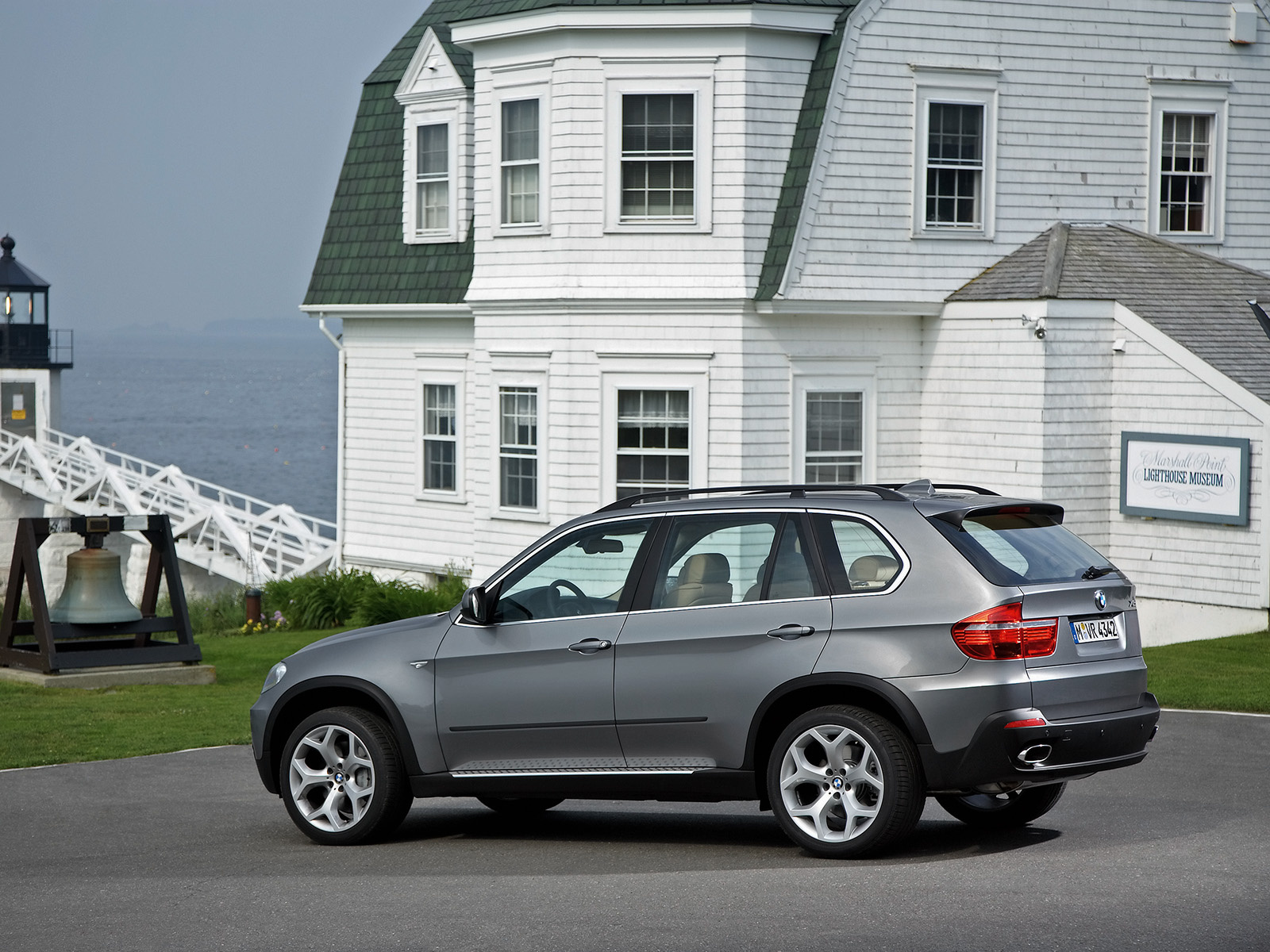 The BMW X5 is a premium vehicle and carries a premium price. Its starting MSRP of $46,675 (including destination) seems steep, but it also buys an extremely well-equipped vehicle. The X5 is capable, comfortable, and fun to drive, which is something that can’t be said about all of its competition. Features like standard AWD, a strong six-cylinder engine, legitimate off-road chops, strong anti-roll and handling system, and optional upgrades like sporty 19-inch wheels make the BMW a solid choice in a sea of somewhat boring vehicles. The Bimmer remains a solid used-car choice on the secondary market for the same reasons.

BMW X5 4.8i models equipped with the V8 powertrain are even more expensive, at $55,275, but buyers likely expect that cost when stepping onto the BMW dealer’s lot. The X5’s gas mileage might raise some eyebrows, however. The V6 model returns EPA-estimated fuel economy of 17/23 mpg city/hwy and the V8 is rated at 15/21 mpg.

Rebecca I encountered a major oil leak only after 1 week of purchasing the vehicle. The alternator gasket apparently goes bad pretty frequent in this make/model

Users ranked 2007 BMW X5 against other cars which they drove/owned. Each ranking was based on 9 categories. Here is the summary of top rankings.

Where Is The Fuse And Which One Is It, For The Air Suspension Compressor On...

141 views with 2 answers (last answer about a year ago)

What Is Wrong With My Bmw

Bought a 2007 BMW X5 cheap and drove it home from the seller. The next day, I noticed i was having trouble shifting into reverse and even drive. It would eventually angage, but hard. The automati...

Hi I have a 2007 BMW x5 and it keeps telling me that my hood is open but its not. How can I fix this or disconnect it