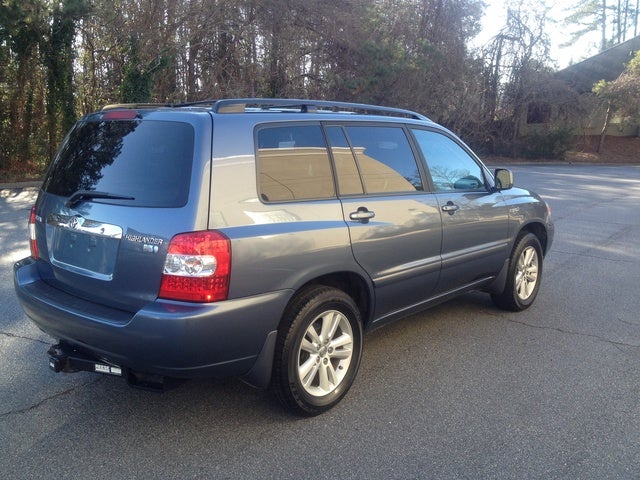 Average user score
4.6 ⁄ 5 stars
Based on 8 reviews
Great Vehicle by Ssuugg — I loved my Highlander Hybrid for its power, comfort, smooth shifting, and reliability. I owned it for seven years and never had any problems. The Highlander's middle row of seats slide forward and bac... Read more
I Have The 2006 Highlander Hv, Waiting To Purchase 2008 by koymack — Next door neighbor wanting to purchase the 2006 highlander hv that I have . It is a great vehicle. I have seen a lot ofnegativity on the Highlander hv because of milage. I average a good 26 overall s... Read more
An Awd Suv With 26 Mpg In 50%/50% City/highway - Awesome by Tej — Interior is classic Toyota -- nothing too high end and nothing too cheap - mainstream and functional. Gas/Hybrid switch is quiet and unintrusive. Acceleration when passing etc. is superb Read more 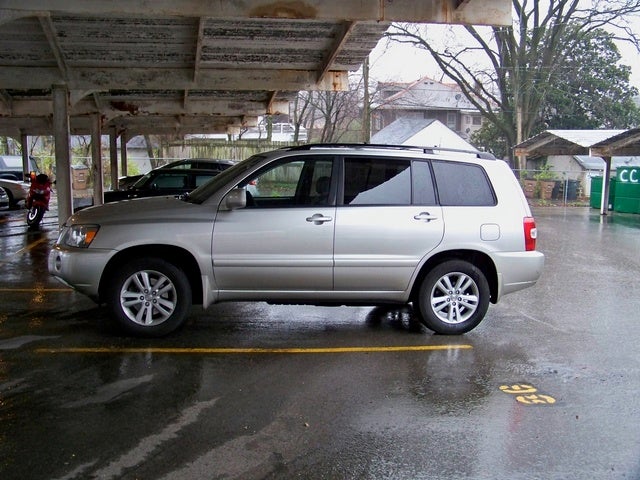 Toyota first introduced the Highlander Hybrid for 2006. It was the first seven-passenger hybrid SUV on the market, and Toyota was the first manufacturer to offer a hybrid SUV and sedan. While the Highlander Hybrid gets slightly better gas mileage than its conventional counterpart, it rates much better in the emissions department, classifying as a Super Low Emissions Vehicle. The Toyota Highlander looks much the same as the regular Highlander, with the exception of a chrome grille, LED headlights, and badging.

The 2006 Highlander Hybrid comes as a base model or as the loaded Limited model. Both are available as a two-wheel or four-wheel drive and both come standard with a 3.3-liter V6 engine, which, at 235 horsepower, is slightly more powerful than the conventional Highlander. The hybrid system, Toyota's Hybrid Synergy Drive, is the same as the Prius, which is remarkable for its ability to completely take over the gas engine instead of just supplementing it. Fuel economy, like other hybrid SUVs, is better in the city than on the highway, at about 33/28.

Drivers like the 2006 Highlander Hybrid for its relatively good gas mileage, its generous cargo space, good visibility, and comfortable interior. Owners also like the â€œcool factorâ€ and the fact that it has plenty of power and pickup. Owners do complain that the Highlander Hybrid is quite expensive, and it still has that bland Toyota styling.

What's your take on the 2006 Toyota Highlander Hybrid?

Have you driven a 2006 Toyota Highlander Hybrid?
Rank This Car

Highlander 06 hybrid overheating and had 3 radiators?

4 views with no answers yet
40

06 Highlander Hybrid Heat Doesn't Come On Until I Get On The Highway. Do An...

So If The Heater Works Great When The Engine Is Working And Blows Cold Air ...

The heaters works great as long as the engine is running, but the moment the engine stops and the electric takes over it changes to cold air - almost like the A/C takes over. So does that mean the co...

My Toyota Highlander Hybrid '06 Smells Really Bad While I'm Driving It Like...

What does it mean if I have a hair like substance coming out of my tailpipe.