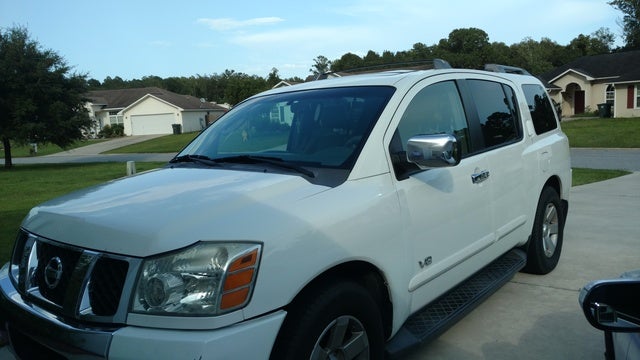 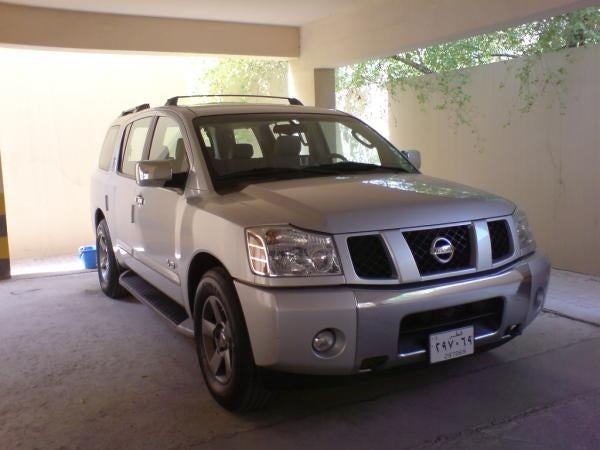 The 2006 Nissan Armada saw very few changes for 2006, which include mostly only comfort additions like heated mirrors in the LE and a 60/40 flat-folding seat across the lineup.

The 2006 Armada comes in two trims, the SE and LE, both of which come in various incarnations. The SE is available as a 4WD, 2WD, and the Off Road version. The LE is the more luxurious version, and is available as a 4WD or 2WD and comes standard with posh options like leather seating. The Armada has a 5.8-liter V8 engine that offers 305 horsepower.

Drivers appreciate the 2006 Armada's massive size, which allows for hauling plenty of people and cargo, and its surprisingly nimble handling. However, many have had serious problems with the brakes, enough that some people have accused the Armada of being a lemon.

Have you driven a 2006 Nissan Armada?
Rank This Car

I have a 2006 nissan Armada. The brake lights don't work. I have power going to the switch and coming back out. The turn signals work so I know it's not the bulbs. I tried another turn signal switch...

How Much Does The 06 Armada Weigh??

30 views with 2 answers (last answer about a year ago)

I got a new starter installed and when I turn over the key the car makes a loud screeching noise. The car is running fine and the noise stops immediately. Can it be I need to replace the starter a...

Car will start right after being charged but after that if you try to start it nothing happens. When you turn the key there are no accessory lights. It is getting some power, if you open the door a ...