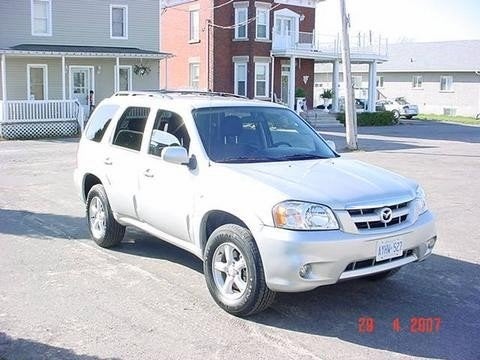 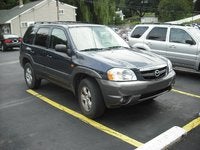 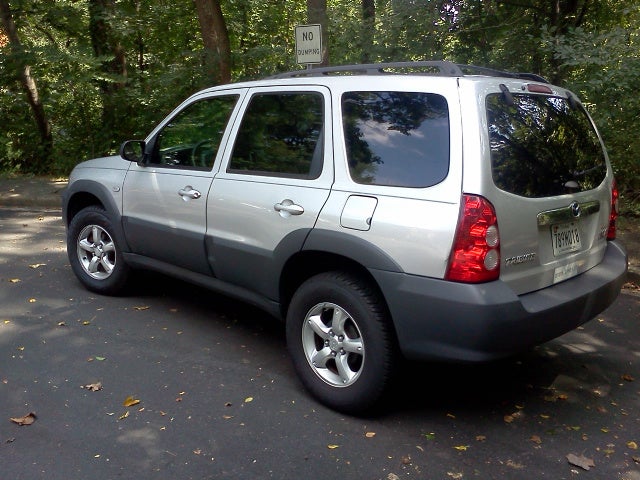 The Mazda Tribute compact SUV was available in two basic trim packages for 2006, and both were available with either front-wheel drive or four-wheel drive. The basic Tribute i package was a front-wheel drive, five-passenger vehicle with a 2.3-liter inline four-cylinder engine that produced 153 horsepower. It came equipped with either a five-speed manual transmission, which was standard, or a four-speed automatic transmission.
Standard features for the Tribute i included air conditioning, power windows, power door locks, dual airbags, anti-lock brakes, a tilt steering wheel, and an AM/FM stereo system with a CD player.
The Tribute s package, also available with either front-wheel or four-wheel drive, was powered by a 3.0-liter double-overhead-cam V6 engine that produced 200 horsepower. It was linked to a four-speed automatic transmission.
Standard features for the Tribute s were essentially the same as for the Tribute i, with a few upgrades, such as cruise control and steering-wheel-mounted controls (both of which were also available in the Tribute i with the automatic transmission). Options for both models included a sunroof, leather seats, power seats, a leather-wrapped steering wheel, a CD changer, and a DVD player.
While drivers noted that the Tribute had a few minor mechanical problems and that wind noise could be a factor at highway speeds, they also liked its handling, roominess (for its size), styling, reliability, and comfort.

Have you driven a 2006 Mazda Tribute?
Rank This Car

I have a Mazda Tribute I 06, and since I bought it it shows that one of the doors is open. I tried opening all the door while the car is on but it doesn't make any difference. The alarm won't acti...

Hi I have a 2006 mazda tribute my piston on my motor is messed up what is cheaper buying a used motor or fix my piston.

my ac compressor is siezed the car won't start...now can I bypass the compressor and use a different size belt ? or does the unit need to be replaced....

Mazda Tribute Not Have Power To Climb Hill

My mazda tribute 2006 does not have any power to climb hill. I got it service change oil, oxygen sensor an filter. The mechanic told me that I did have a fire behind the engine that burn one of the ...