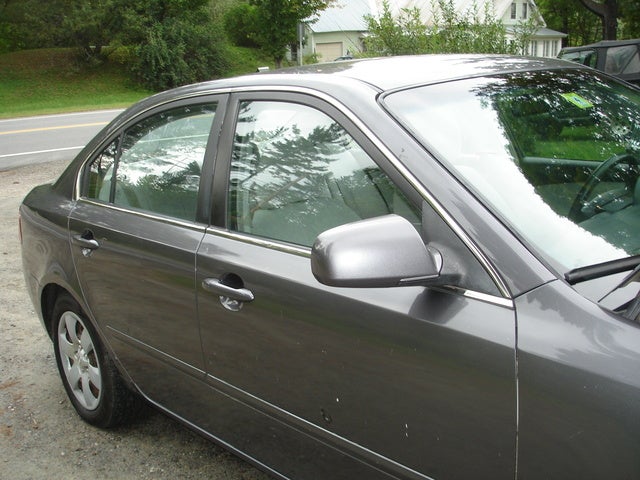 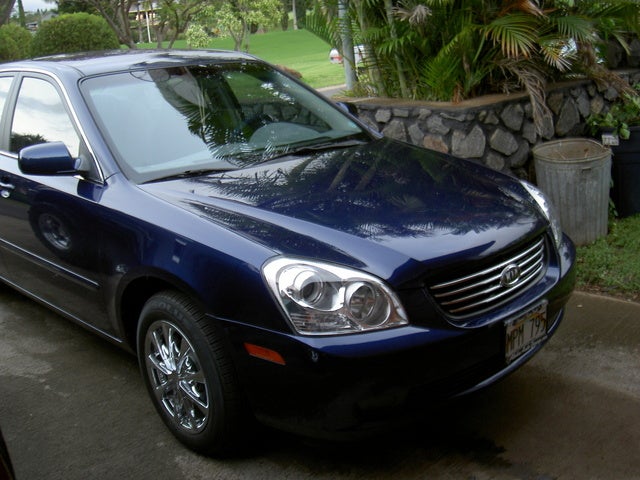 There are actually two Kia Optimas for 2006. It's not a split personality, just a matter of timing and conforming to U.S. regulations when it comes to naming. There is the 2006 Kia Optima, which is the outgoing first generation of the Sonata-based mid-size. Then there is the 2006.5 Kia Optima, which is pretty much the 2007 Optima, but since it came out mid-year, it can't earn the 2007 designation. The 2006.5 has a lot of improvements over the 2006 in the areas of standard features, drivetrain, and more legroom.

Confused? The 2006.5 Optima also has more legroom than the comparable Accord. Trunk space is up to nearly 15 cubic feet. In terms of features, there isn't much difference between the two designations. The LX is well equipped with power features and cruise control, while the EX adds a power driver's seat, 6-CD/MP3 player, and auto-dimming mirrors. Leather seats, a sunroof, and a power passenger seat are EX-only options. ABS, traction, and stability control are optional for the V6 engines only. A big safety upgrade in the 2006.5 is the addition of side curtain airbags. The previous 4-star crash ratings have been upgraded to 5-star, and the poor side impact ratings on the 2006 Optima have also been addressed by the new airbags in the 2006.5

Drivers agree that the 2006.5 Kia Optima is the way to go, and the improved I4 engine is much sportier than the V6, which is underpowered in the mid-size segment. Other high points include Kia's warranty, the affordability, roomy interior, and long list of standard features. Negatives include low gas mileage and uncomfortable seats.

Users ranked 2006 Kia Optima against other cars which they drove/owned. Each ranking was based on 9 categories. Here is the summary of top rankings.

Have you driven a 2006 Kia Optima?
Rank This Car

Does anyone know if I can take the motor out of a 2009 Kia Optima 2.4 L and put it in a 2006 Kia Optima 2.4 liter are the mounts compatible will I have to change anything or will it bolt right up

I have a 2006 Kia Optima around 6.30 am my tail and brake lights come on for no reason I am not even in the car I have a brand new battery so I know that not the problem the other day around 6.30 ...

888 views with 6 answers (last answer about a year ago)

My engine was knocking on the inside, then it went out. How much would a used engine cost? Or is it possible to repair the one I have?

104 views with 4 answers (last answer about a year ago)

Car Running Hot Put Water In Radiator It Run On Ground What Is Going On?

When I start my 2006 KIA Optima it runs for about 4 seconds and dies. It has gas. It I keep the ignition switch engaged it continues to run, but when i release the switch it dies. The gas pedal and ...