Ford knows it’s hard to mess with a successful formula, but it had to update the Explorer eventually. The 2006 model is more refined and more useful than any Explorer before it. 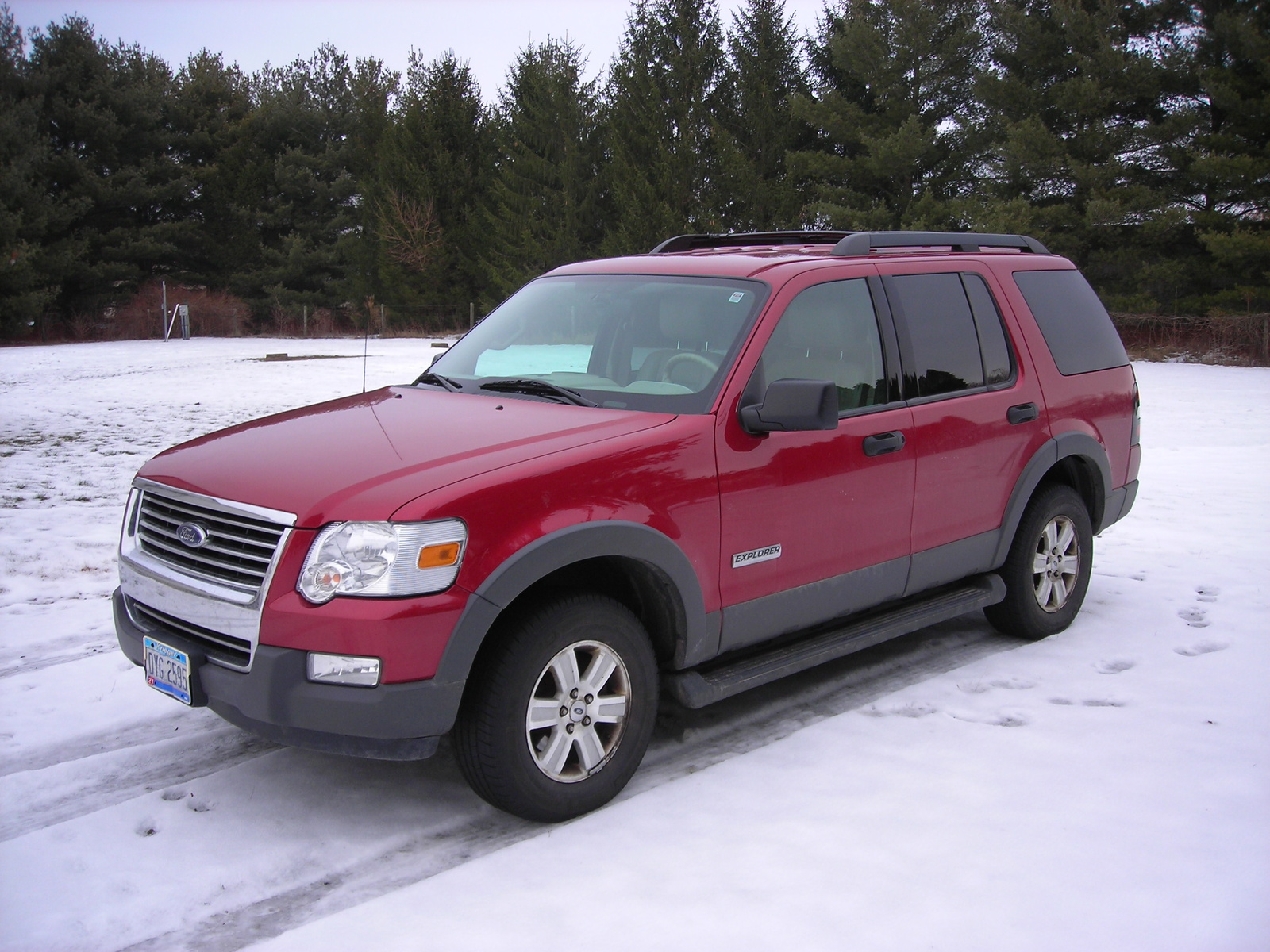 The 2006 Ford Explorer has been given an overhaul that has improved on nearly every aspect of its performance and styling. The new sport-utility has updated steering, revamped suspension, and new brakes. The result is a vehicle that has a better ride, less interior noise, and more responsive performance than the SUV that preceded it.

The Ford Explorer is aimed at new car buyers that likely want to tow but also want the added creature comforts afforded by an SUV over a pickup truck. It competes against other sport utility vehicles, such as the Jeep Grand Cherokee, Toyota 4Runner, Land Rover LR3, Nissan Pathfinder, and Chevrolet Trailblazer. 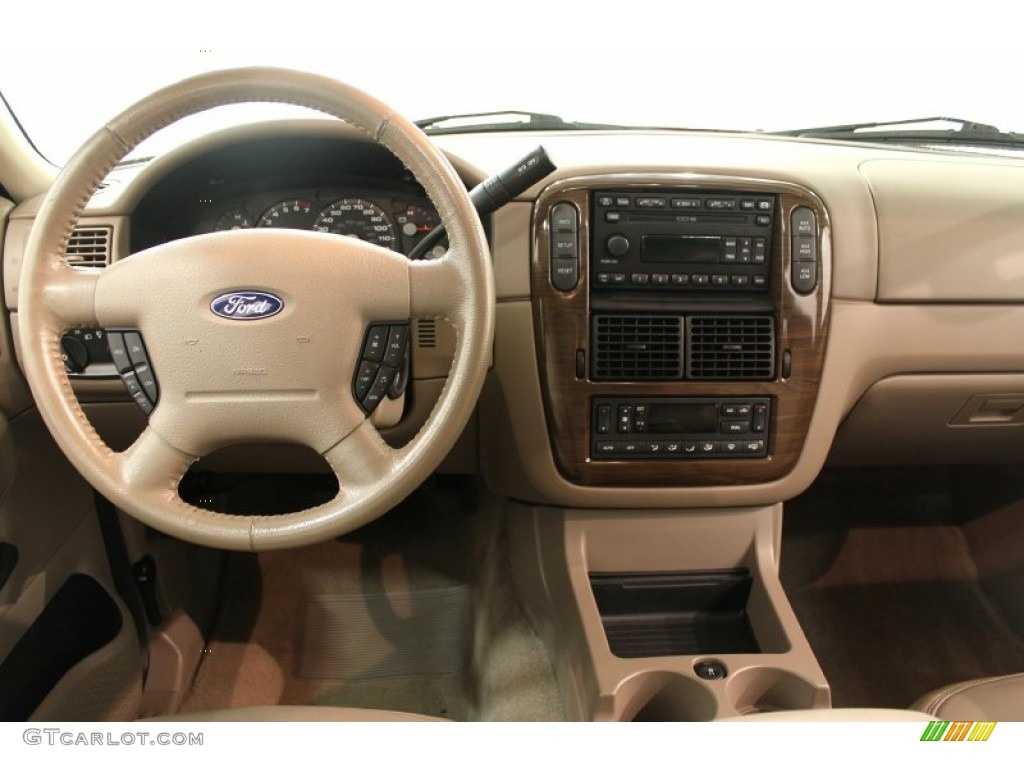 The updated Explorer has taken on a much more F-150-like look up front, though it’s scaled down for the smaller vehicle. The lineup comes with four different grille types, depending on the trim level, and features more chrome, bolder exterior lighting features, and large Explorer badging all around. The overall look and feel of the new Explorer are that of a big box, though the more rounded front end breaks up the styling a bit.

Inside, the SUV is all-new in nearly every way. Buttons, controls, materials, and even the steering wheel have been redesigned to be more modern and cleaner than before. Many models feature dark synthetic wood trim inside, and the Eddie Bauer Edition trim has expensive-feeling real wood trim pieces. The dash is one weak spot, as its shiny texture in places can reflect off the windshield and obstruct views. The front seats, as in previous versions, are wide, deep, well-padded, and supremely comfortable.

The second-row seats can be ordered as either a bench or captain’s chairs, but in either configuration, the seats are deep, well-padded, and comfortable. The available third-row seats are mounted a few inches higher than the first two rows to allow passengers in the “way-back” a better view, but the seats’ overall lack of padding and legroom makes them a tough sell for adults. 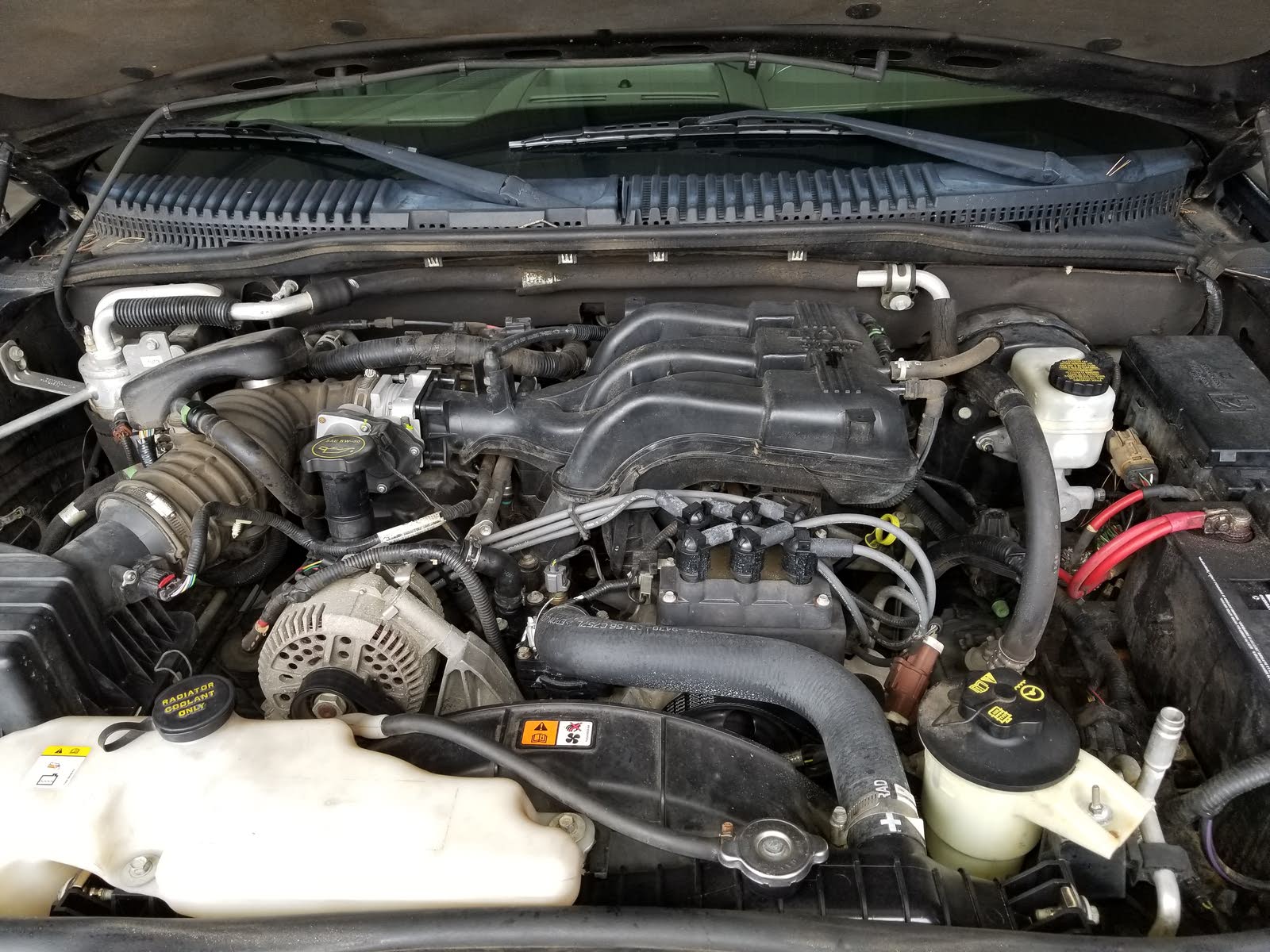 If your family needs towing capabilities on top of the comfort and flexibility of an SUV, the Explorer is one of the most capable choices on the market. Either of its engines is able to get the job done, but it’s the V8 engine that is the true workhorse. The V8 and six-speed automatic transmission combine to deliver a maximum towing capacity of 7,300 pounds, which matches many pickup trucks and makes the Explorer an all-around weekend warrior toy hauler.

Ford’s updates for the 2006 model year have made the Explorer quieter, smoother, and more refined to drive. It’s still got a truck-like body-on-frame design, but it manages that setup with a well-tuned independent suspension system that keeps the wheels on the road and handles nearly any road condition with ease.

The new Explorer’s steering has a nice weight at most speeds, with assist at low speeds that helps greatly with parking and maneuvering in tight places. Braking is stronger and requires less pedal input to generate the same stopping force.

The Explorer’s off-road performance is more than acceptable for the occasional camping trip or trail drive, but it’s not suitable for hardcore rock crawling or similar driving situations.

With two-wheel drive and a V6 powertrain, the Explorer is rated at 14/19/16 mpg city/hwy/combined. Those numbers change to 13/19/15 mpg with four-wheel drive.

With the V8 on board, the Explorer returns gas mileage numbers of 13/19/15 mpg with 2WD and 13/18/15 mpg with 4WD. Those figures sound severe, and they are, but they’re not completely out of line with the rest of the competition.

The Chevy Trailblazer, for instance, returns similar numbers – 15 or 16 mpg depending on the engine. The Trailblazer’s engines are more powerful than the Explorer’s, and the Chevy’s slightly larger. Both vehicles’ fuel economy suffers when towing, so it’s important for buyers to know that fuel bills may become a major pain point over time. 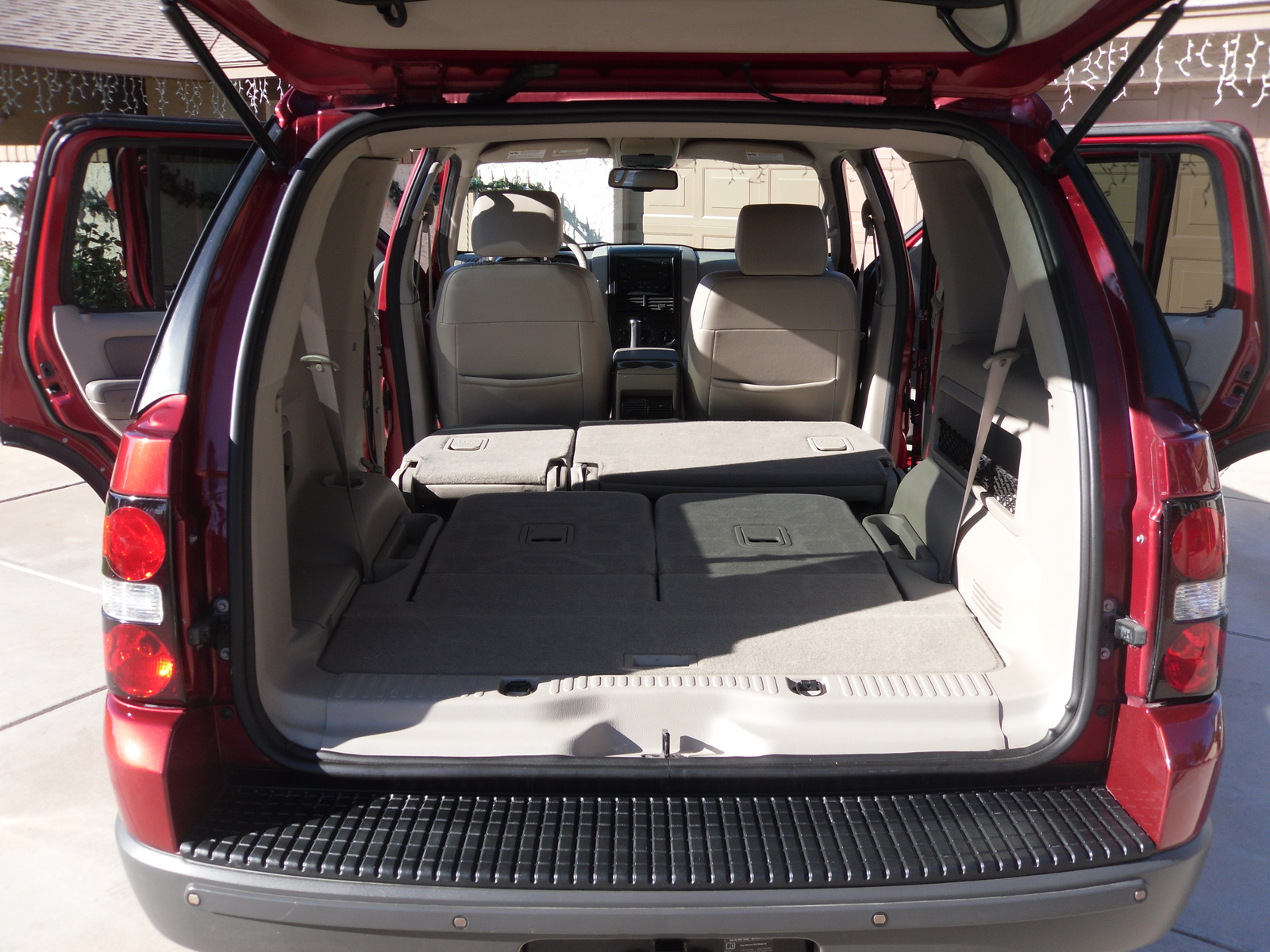 The Explorer combines stout towing and payload capacities with a comfortable interior and plenty of space. That’s a winning formula for any SUV and is a big reason why Ford sells more Explorers than almost any other SUV on the market.

Ford worked on updating the Explorer with details that make it more useful without ruining the character of the vehicle. The rear seats fold down flatter than previous models, so it’s easier to carry large loads, a quieter ride makes the Explorer more pleasant to drive on long trips, and the top trims’ premium materials inside such as premium leather seats give an upscale feel to the vehicle that makes them seem more expensive than they are. 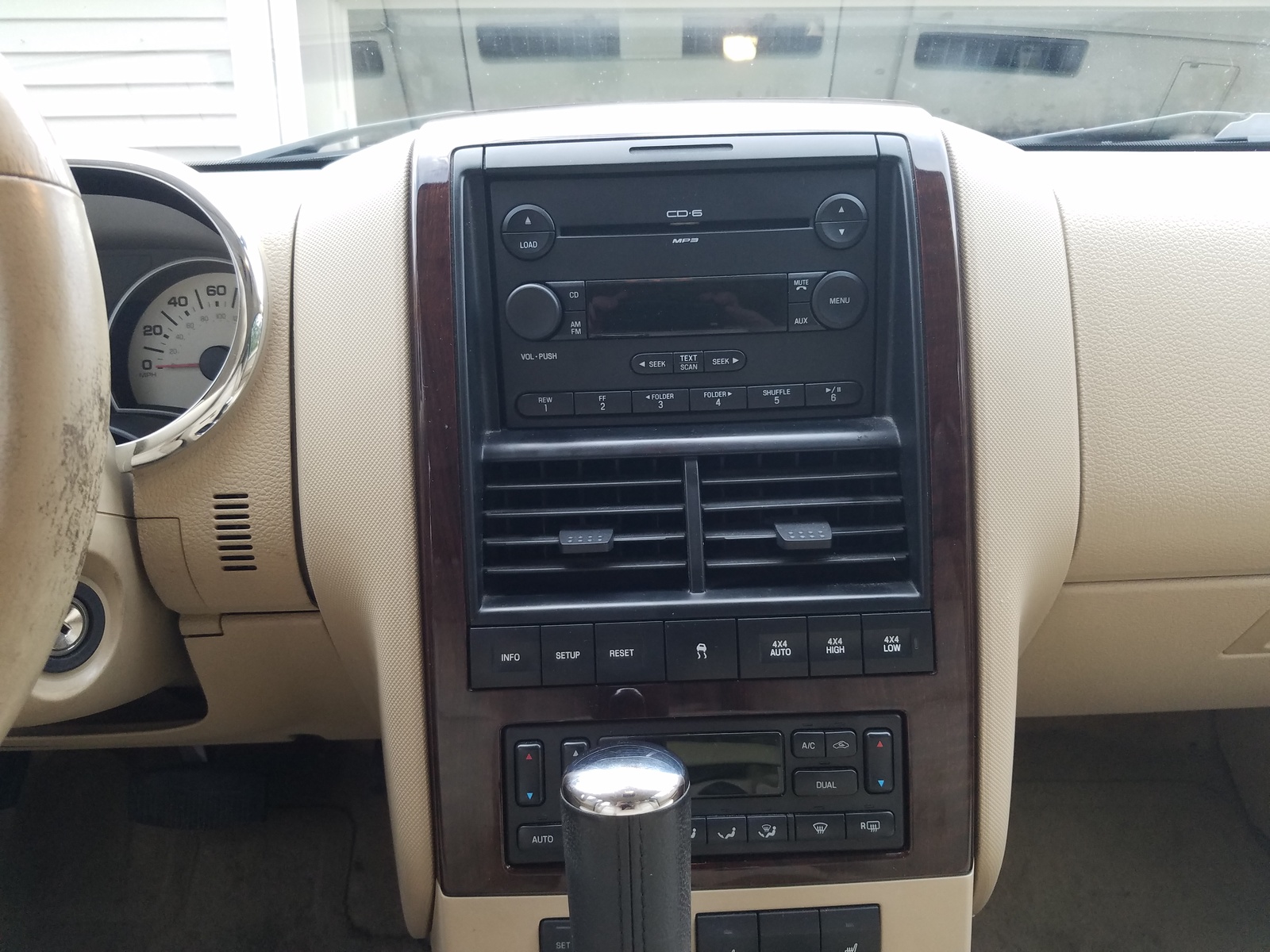 The Explorer XLS comes standard with keyless entry, cruise control, an electronic message center, a compass, a thermometer, power windows and door locks, power mirrors, a 12-volt power outlet, an AM/FM stereo with a single CD player, and an MP3 player. The Eddie Bauer trim adds a trip computer, and with the optional Luxury Package, the trim gets a six-disc changer and an audiophile sound system. Options include a $1,295 DVD system, steering wheel controls, DVD-based navigation system for $1,500, and SiriusXM Satellite Radio. 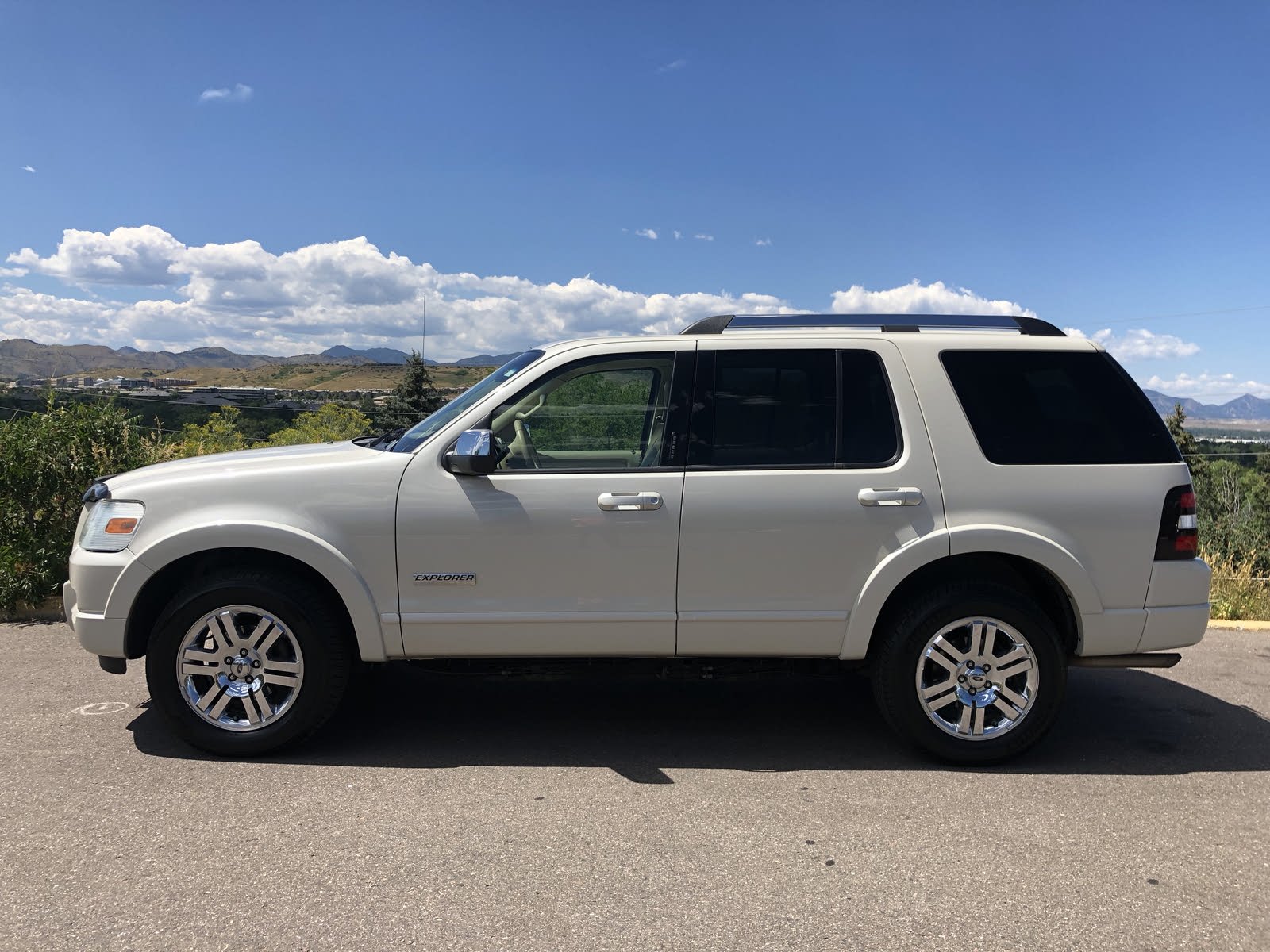 The 2006 Explorer’s crash test ratings leave much to be desired. The Insurance Institute for Highway Safety (IIHS) rated it ‘Good’ for moderate overlap front crashworthiness, ‘Acceptable’ for side crashworthiness, and ‘Poor’ for head restraints/seats. The organization noted that side impact airbags greatly helped to protect the dummies’ heads from impact.

The National Highway Traffic Safety Administration (NHTSA) gave the Explorer five stars in every category except rollover prevention, where it earned three stars. That’s not an unusual outcome for an SUV, because the increased ride height and high center of gravity can lead to easier rollovers in some situations. 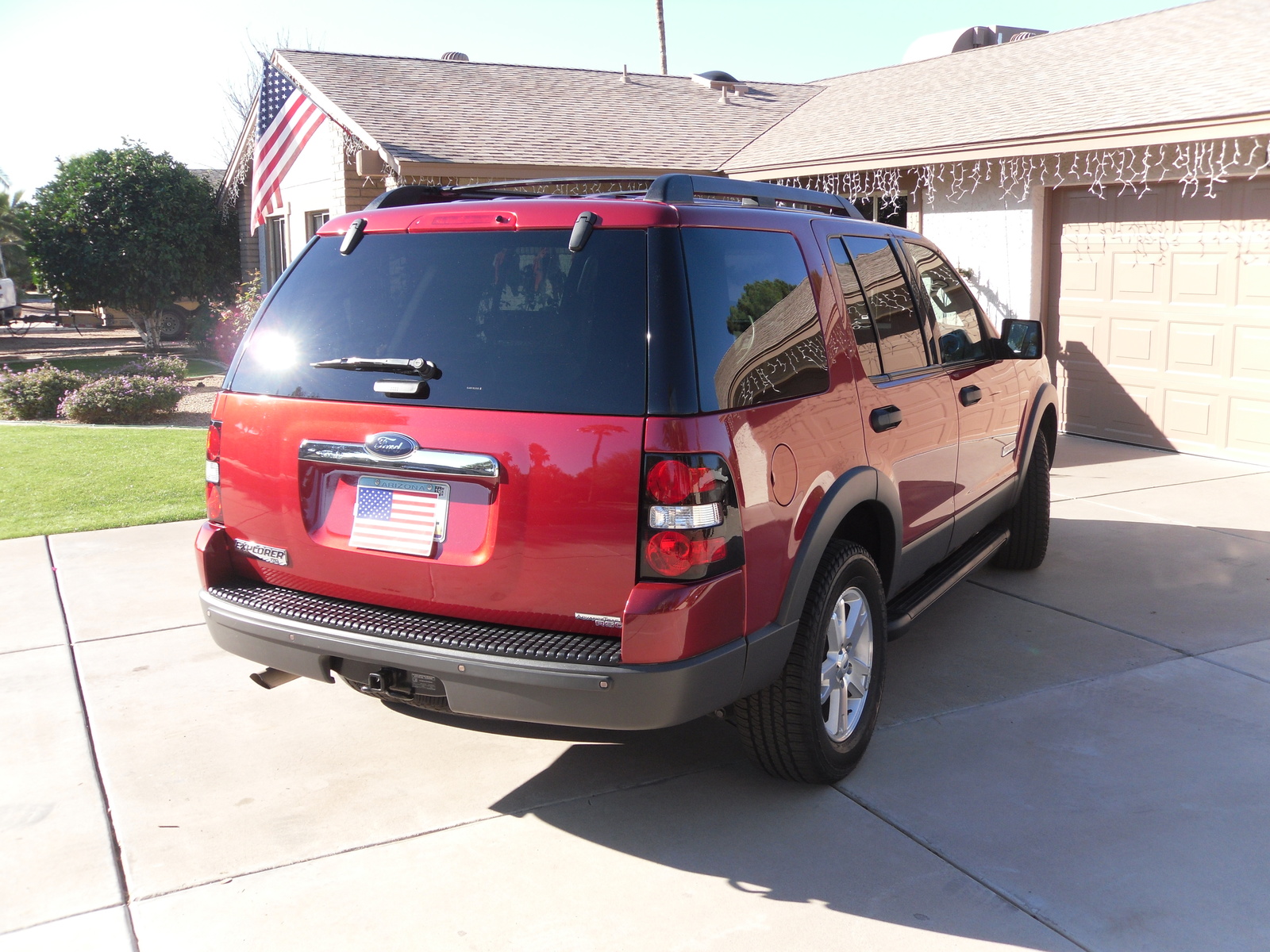 With a starting price of around $27,000 and a generous list of standard features, the Explorer has a leg up on most of its competition. Ford has done a good job of including enough extra features into each trim level to make them a worthy step up over the trim level below. The company also did a great job at pricing trim upgrades reasonably. Moving up a trim level adds between $1,000 and $3,000, well worth the cost to get additional content. Ford’s move to include more for less is one that will pay off in an SUV segment with buyers that are more cost-conscious than ever before.

Fuel economy is the Explorer’s Achilles heel, where some versions dip down as far as 13 mpg in the city. That plays against the SUV’s otherwise excellent price model and may rain on buyers’ parade when they see the numbers adding up at the gas pump.

Have you driven a 2006 Ford Explorer?
Rank This Car

Engine Remove And Re Install

I hav a 6 cly engine and want more power for towing. Is it possible to swap the 6 for the 8 cyl engine or is my transmission specific to the 6 cly engine? i ask because i just recently purchased a n...

Why Are My Brakes Soft When Applied?

I have a 2006 ford explorer with the 6R60 transmission . And its about to hit two hundred thousand miles and i watn to changed the transmission fluid with the filter . But some friends told me th...