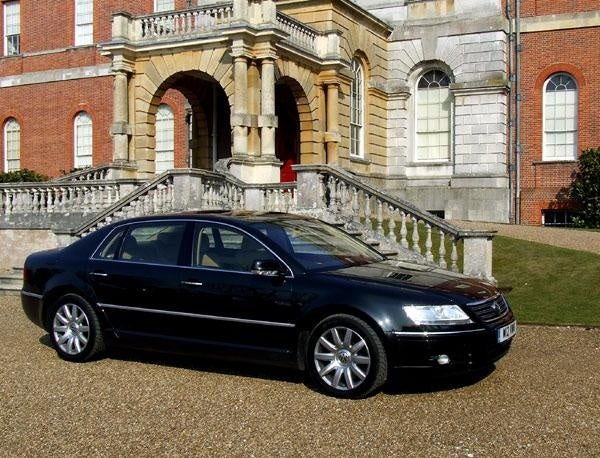 CarGurus has 10 nationwide Phaeton listings and the tools to find you a great deal. 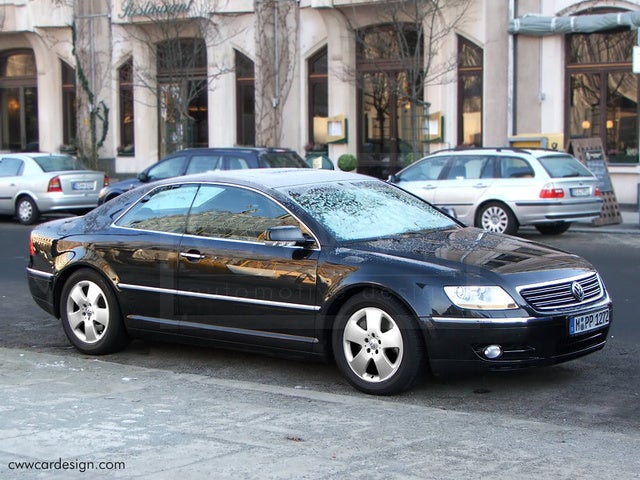 Can a long-time manufacturer of successful compact cars also succeed in making an ultra-luxury vehicle? For Volkswagen and its high-end Phaeton, the answer was both yes and no. There's no doubt that the 2005 Phaeton achieved its goal of matching the top-end vehicles of other luxury marques, and in some cases even surpassed them. The question was, would buyers want the car?

Buyers certainly had lots of reasons to like the Phaeton. A restyled grille showed up on the car in 2005, and two new types of interior wood trim (walnut and myrtle) were available as options. Plus, doors were equipped with a soft-close feature that completely closed any door that hadn't been closed tight.

Two engine options were still available --- a 335-hp, 3.2-liter V8 engine and a 420-hp, 6.0-liter W12 engine. The V8 was linked to a six-speed automatic transmission, while the W12 came with a five-speed automatic with the Tiptronic manual-shift feature.

Features included the 4-Zone Climatronic climate control system, which enabled four occupants (two in the front and two in the back) to set their own temperature and air-flow preferences. Heated multi-direction power-adjustable seats were also part of the package. The W12 even added heated seats in the rear.

While some reviewers noted that the Phaeton was worth its substantial price, and that it compared well to its competitors, buyers were slow to respond to the car, and sales lagged. Those who did purchase the car raved about its interior, comfort, roominess, and luxury features, while at the same time noting that the car was indeed a gas guzzler -- but perhaps that's to be expected, given the Phaeton's sizable engines.

What's your take on the 2005 Volkswagen Phaeton?

Have you driven a 2005 Volkswagen Phaeton?
Rank This Car

CarGurus has 10 nationwide Phaeton listings and the tools to find you a great deal.

My VW Phaeton Boot Will Not Open With The Key Or The Switch Inside The Driv...

My VW Phaeton Boot will not open with either the Key or the switch inside the Drivers Door, so how can I get into the boot as I have my golf clubs etc in it ? Thanks Elwyn

How Do I Activate My Ad And How Can I Ad More Pictures ?

My Alarm Does Not Stay After I Lock The Doors More Than Two Hours, N Now I ...

Have to use key to renter or its not locked at all, alarm goes bananas upon entry sometimes, n the clock resets itself each time u restart car