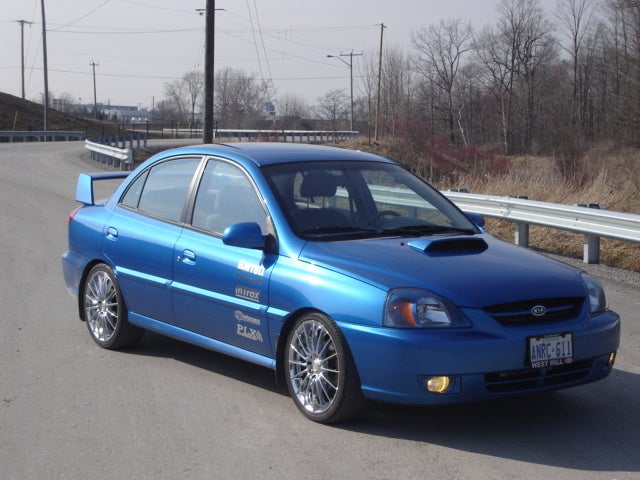 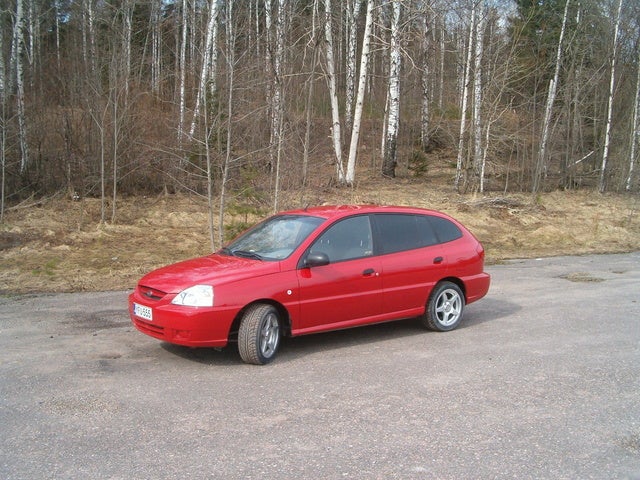 The Kia Rio is set to receive a major overhaul for 2006, so it remains unchanged for 2005. This little pug of a subcompact has made major strides since its introduction in 2001, which seemed fraught with repair problems. The 2005 Kia Rio is available as a sedan or 5-door Cinco wagon, each with a 1.6-liter, 104-hp DOHC I4 and either a standard 5-speed manual or optional 4-speed automatic. Dual front airbags are standard. The disc brakes can be replaced with optional 4-wheel ABS.

The 2005 Rio is all about money. Saving it, that is. Once the cheapest car in America, it keeps its price down by offering few standard features or options. The sedan comes with intermittent wipers, auto headlights, power brakes and seats. If you want power steering, power windows and locks, air conditioning, a radio, a rear spoiler, or foglights, you have to pay extra. The power windows and locks come standard on the Rio Cinco, along with a CD player, rear wiper, and power steering, but you still have to pay more for air conditioning, the spoiler and foglights. Rear seats fold down in the Cinco wagon to provide extra cargo room, which is much more expansive than the trunk in the sedan, which does not have fold-down rear seats.

Generally, 2005 Rio owners are happy with the performance of their car, which is used mostly for city commuting. They praise its maneuverability, tight cornering, easy handling, and well-laid out interior. Most feel the seats are comfortable, especially with the front lumbar support, though the rear seats are only suitable for small children. Headroom is better than most subcompacts. Kia's great 5-year/10-year warranty is a big draw, though owners are surprised at what isn't covered by it. Acceleration remains labored and noisy, particularly on the highway.

Wanting to switch my car from a standard to automatic will the computer need to be changed as well?

Why Did My 2005 Kia Rio Come With No Radio It Came From Factory Like This?

When shifting into any gear including reverse seems tighter then usual, clutch feels the same, but once in gear when pressing accelerator the engine revs but car is barely moving what's wrong? I...