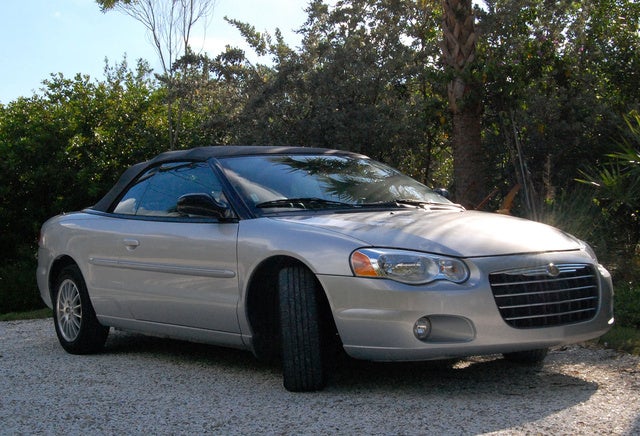 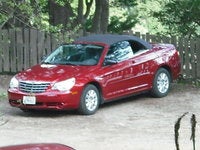 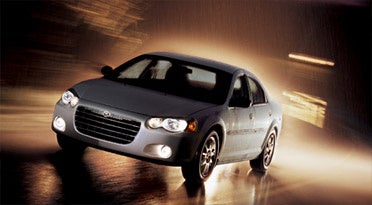 The Chrysler Sebring sees only a few minor changes for 2005. The Limited sedan now comes standard with automatic climate control and automatic on/off headlights. A navigation system is added to the options roster. In 2005, Chrysler unveiled a limited edition Signature Series finish, which was available on several models. These cars were a special commemoration of Chrysler's heritage, and offered many luxury and appearance upgrades at no additional charge. There were three Sebring Signature Series models: Convertible, Sedan and Touring Sedan.

With the addition of the Signature series, the Sebring lineup grew to thirteen models. The LX style was discontinued this year, but a new top shelf sedan, called the TSi, was added. The convertible trims included Base, GTC, Limited, Touring and Signature Series. The coupe was available in Base and Limited. There were six sedan variations: Base, Limited, Signature Series, Touring, Touring Signature Series, and TSi.

The same three power plant options returned for 2005. The base models for all three body styles and the Signature series sedan were powered by the 2.4 liter four-cylinder engine. The inline four supplied 150 horsepower and 160 pound-feet of torque. A manual transmission can only be paired with this engine on the coupe. Fuel economy is 22/30 mpg for the automatic and 24/32 mpg for the manual.

A 3.0 liter V-6 is exclusively available with the Limited Coupe. The most potent engine in the Sebring lineup, this V-6 provided 200 horsepower and 205 pound-feet of torque.

All other models house the 2.7 liter V-6, which generates 200 horsepower and 190 pound-feet of torque. Fuel economy for Sebrings with this engine was 21/28 mpg. All models were front wheel drive.

Driving impressions were largely dependent on the body style and power plant. Many reviewers agreed that the TSi sedan Sedan Limited Coupe offered the best driving experience, but all coupes and sedans provided a stable ride and nimble handling. The convertibles were different. Many drivers reported that the convertible could not hold the road like the other body styles, and body roll through tight turns was quite noticeable.

What's your take on the 2005 Chrysler Sebring?

bartski I drove one today and liked it...it is used and has a few body issues ,but the price might be right and I may end up buying it. it runs well, SMOOTH has nice interior, lots of room in runk and cab areaIn general a good solid car and from what I got from a mechanic, the 05 4 clys are reliable, ore so than the 6 cyls......................Hank

HeadOfSecurityLou69 I hate chrysler honestly. they are a pain in the ass. All have the same issues,recall on our suspension knuckle and its a good thing cause the ball joints and suspension youll be lucky if you get 100,000 miles on it before it breaks. I have a 2005 chrysler sebring convertable GTC 2.7 v6 24v and constant computer issues saying things are wrong that arent. New programed NGC(pcm) installed and 3 days later it throws its limp mode BS again and codes PO403 and PO406. Autozone siad egr bad, bought one to install and I cant find an EGR valve anywher on the motor. Looked all around and under. no EGR tubes could be found and ntothing matches any motor diagram any mechanic has pulled up. Emmission sticker shows no EGR valve either so Im at a loss and mechanic was no help. Ive searched evey forum etc and no one can seem to tell me if I do or dont have one. I NEED TO KNOW but cant find any info even by VIN. The convertable rattles and kinda feels like a flimsy frame but its nice to drive and smooth running normally till computer decides to screw up. If anyone can help me answer the EGR question it would be a life saver in my drowning world of searching the engine all the way around and asking everyone I can if I have one and where in the hell it would be...its definetly not being found anywhere its supposed to be in the 2,7L. My nieghbor is having the exact same issue with his dodge truck. Ill never buy another chrysler again.

Have you driven a 2005 Chrysler Sebring?
Rank This Car

How Much Should It Cost To Replace A Sebring Engine?

and how do I tell what type of engine it is? the original engine only had 60k miles on it and a rod broke. Now mechanic wants to put in a engine with 100k miles onit- does this seem right??

Windsheild Washer Fluid Is Not Working

i have a 2005 chrysler sebring sedan, I have 140 thousand miles on the car an the only problem i have with it is that my windsheild washer fluid motor isnt working. my dad works for chrysler so he got...

Engine And Battery Lights On

Hi everyone, please help , my engine and battery lights is on ( p0038,p0032,p0622) i changed one oxygen sensor, and still have a lights on dashboard,battery is new and alternator is good , but when...

Is it possible I dont have an EGR valve even if computer threw a code PO403 and PO406, saying bad EGR valve? I have looked everywhere, all the way around and under on the engine, every diagram a me...

70 views with 4 answers (last answer about a year ago)

The Car I Want Is Too Old To Get Financing?

I got prequalified for financing but the car I want doesn't come up in the list, possibly because it's too old? Other cars that age do come up as prequalified.